Lasers are being used to stop ducks from destroying crops. 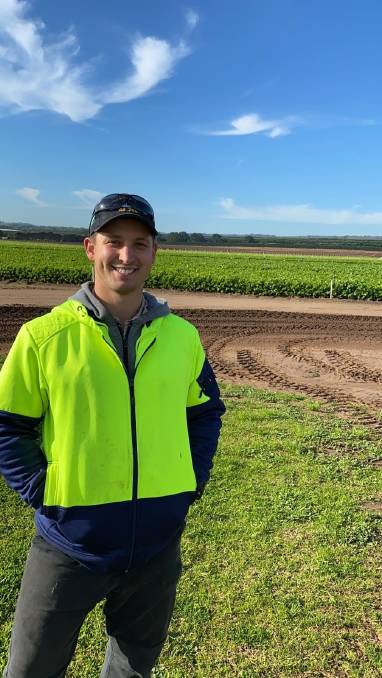 Mornington Peninsula horticulturalist Dean Gazzola estimates he is saving up to $100,000 per crop each year since installing laser devices to deter ducks from eating his vegetables.

Mr Gazzola manages the 400-hectare operation at Boneo and Somerville and said he was losing a few hundred dollars a night when wood ducks would fly in to eat large quantities of his lettuce and celery crops.

He estimates there has been up to a 90 per cent reduction in bird presence since installing two laser devices on his Boneo property in 2018.

"We've had problems with ducks the size of geese and crows which would come in and pull out our celery or eat our lettuce right up until maturity," Mr Gazzola, whose family started the operation in 1932, said.

"They would forage during the day but it was at night where the real problem was because we were losing up to $500 a night on lettuce which isn't huge but in the scheme of things it hurts the bottom line significantly."

Traditional bird control methods such as scare guns were effective but time consuming and not suitable due to the noise and proximity of nearby neighbours.

In search of a more effective alternative, Mr Gazzola came across an automated bird deterrent which used green laser beams to disperse birds from his fields.

"We only have them going between dusk and dawn at night time and that seems to keep them away," Mr Gazzola said.

Manufactured by The Netherlands-based company Bird Control Group, the bird deterrent device has lasers which are operated via a mobile application through Bluetooth.

The beams spook the birds without hurting them, the company says, and deters them from living in crops and eating the likes of lettuce and celery.

"You can change the intensity of the beam but to operate it you require an online licence and a yearly renewal which is all around laser safety," Mr Gazzola said.

"We've had no complaints and a lot of neighbours around us are now using the same system so we find a lot of the ducks for instance will stay closer to dams rather than forage in our crops."

"We started in the veggie space and have since broadened that to pome and stone fruits, table grapes and vineyards and our next step is to move into broadacre crops," Mr Muir said.

"We started with the high-value crops to help protect them because the return on investment was obvious.

"In other countries, lasers are being used in the broadacre sector but we're not sure yet if the yield and return on investment is there for the Australian market."

Mr Muir said the lasers were also commonly being used in packing and machinery sheds where birds may nest and create damage as well as on the top of large pack houses to prevent birds from nesting.