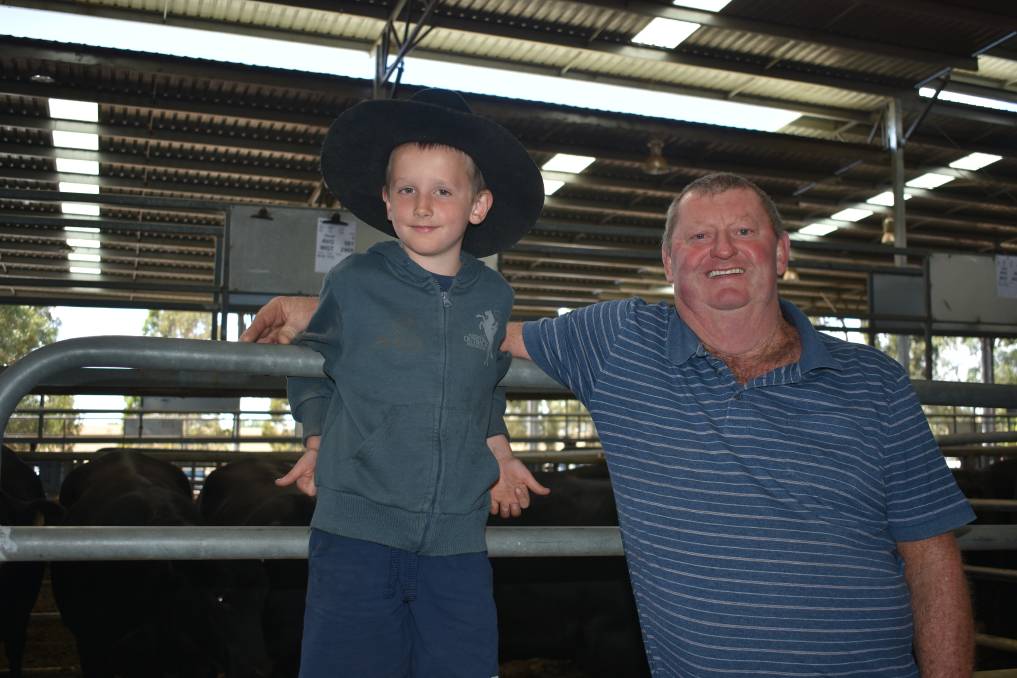 A small, but good quality yarding of joined females and heifers at Yea saw prices reach $3400 for joined heifers.

Anthony Delaney, Nutrien Ag Delaney Livestock, said he wasn't surprised at the smaller yarding, particularly with the number of joined heifers that had been sold before Christmas.

"A lot of our clients who background heifers and have them for this sale were out of that market," Mr Delaney said.

"Most of the heifers and cows and calves went back locally, through Euroa and up to Myrtleford.

"It was typically a good local yarding, selling to what I would call local competition.

"The stock presented in "excellent condition."

"On reflection, they may have been better off hanging onto them."

There was plenty of weight in the cattle.

"We've had a thumping season, so the cattle are in good nick," Mr Pollard said.

Allanvale Estate sold 9x9 five to six-year-old cows with calves at foot, redepastured to a Landfall bull, for $3025.