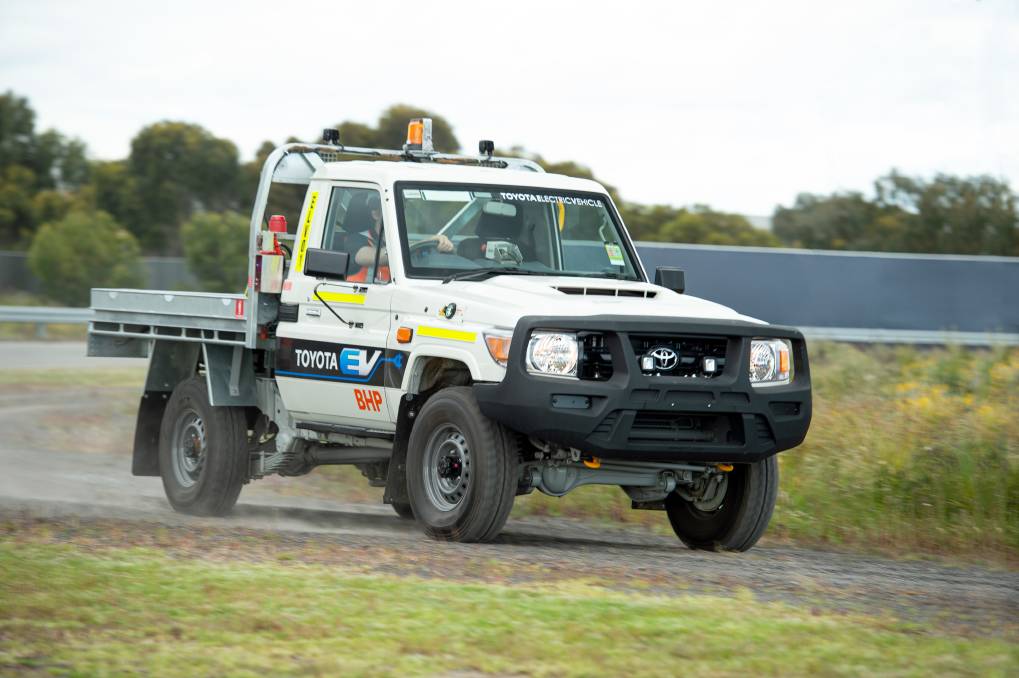 FULLY ELECTRIC: Toyota Australia has converted a LandCruiser ute to full electric power for a trial in a WA underground mine.

Toyota Australia has converted a LandCruiser 70 Series single-cab ute to an electric vehicle which will be trialled at a BHP mine site in Western Australia.

The conversion was done by Toyota Australia's product planning and development division in Port Melbourne.

The converted vehicle - equipped for underground mine use - will operate under full battery power and will not require any fuel to run.

The trial will take place at a BHP Nickel West mine in WA.

Toyota Australia's president and CEO Matthew Callachor said the trial was another step the Japanese vehicle manufacturing giant was taking towards a zero emissions future.

"BHP and Toyota have demonstrated a strong relationship throughout the last 20 years and this project is a great testament to how we can both work together as leading companies in our respective industries to change the future," Mr Callachor said.

Edgar Basto, president, Minerals Australia, BHP, said the partnership was another step in the mining giant's ongoing studies into how the company can reduce the emissions intensity of its light-vehicle fleet.

"Reducing our reliance on diesel at our operations will help achieve our medium-term target of reducing operational emissions by 30 per cent by 2030," he said.

Meanwhile, Toyota almost doubled its sales of hybrid vehicles in Australia during 2020.

Sales of Toyota hybrids hit a record 54,335 during the year, propelling electrified vehicles to more than five per cent of the annual national market for the first time.

The RAV4 hybrid achieved a record 26,400 sales in 2020, the highest annual total ever achieved by an electrified vehicle in Australia, Toyota Australia vice president of sales and marketing Sean Hanley said.

"There has been a fundamental shift in the purchase habits of Australian motorists who are increasingly attracted to the benefits of hybrid vehicles," he said.

"Hybrids now account for around 70pc of RAV4 and Camry sales and more than half of all Corolla sales."

The Toyota HiLux (45,176 sales) was Australia's best-selling vehicle for the fifth year in a row. It was also the country's most popular commercial vehicle for the 23rd year straight.