Locals couldn't get a look in at Kyneton as weaners sold at strong rates at Kyneton. 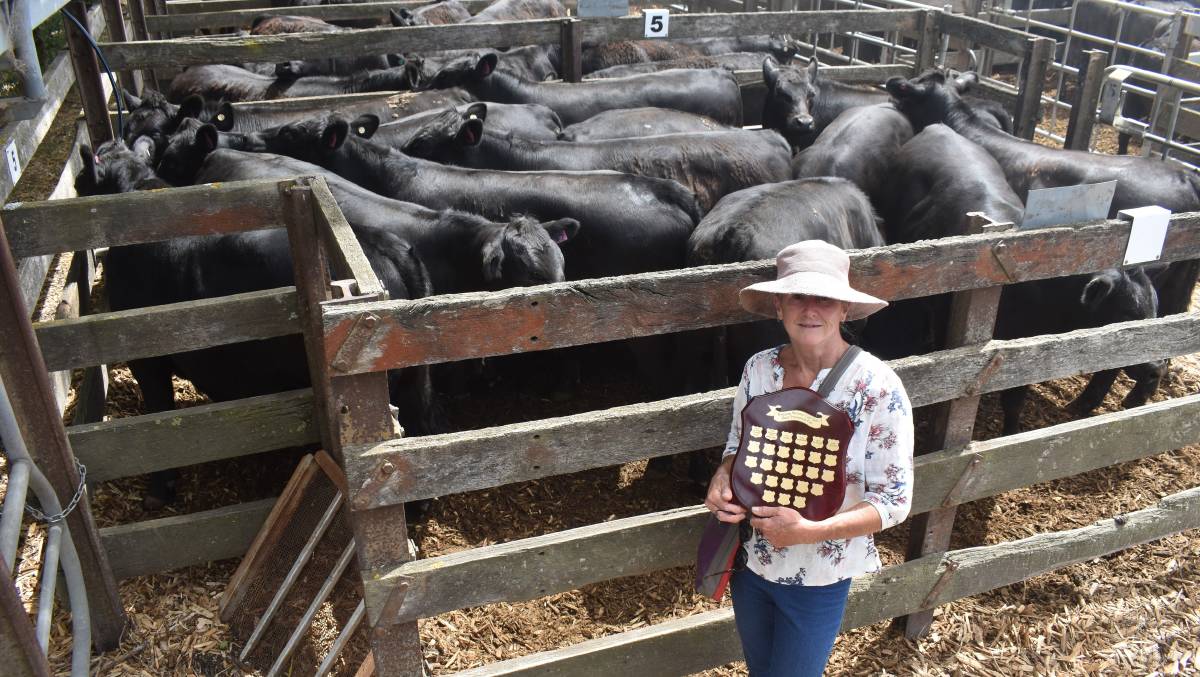 Strong support for a good quality yarding at Kyneton's annual weaner calf sale saw steers sell to $2015 a head and heifers to $1790.

Keen interest from Gippsland for steers to go on grass as well as strong demand for backgrounding cattle for the Riverina and south-east SA, and processors, set the price level which restricted local buying.

Dean Coxon, Elders Kyneton, said they had been hoping that the autumn calving producers would "get a lick of the ice cream", and they had.

He said a lot of heavy steers made 460-490 cents a kilogram and lighter steers and the heifers made to 500c/kg and more.

"Overall it was a very good result and right up with other sales," Mr McGrath said.

"The quality of the cattle showed the improvement in the breeding of cattle in the region."

D & L Sutton had a pen of five Angus/Charolais-cross steers that weighed 404kg and sold for $1910.

The Active Corp, Glendene, sold mixed-sex weaners including 30 Angus steers, that topped at $1880 and weighed an average of 371kg and sold for an average of $1832.

Penmore sold Angus and Black Baldy weaners with a pen of 18 April/May-drop at 368kg making $1820.

J Hedstrom sold a line of Hereford steers, comprising 12 that weighed 374kg, which sold for $1770.

A line of Adameluca-blood weaners from HG Barton, comprised 24 steers averaging a weight of 344kg, averaged $1753.