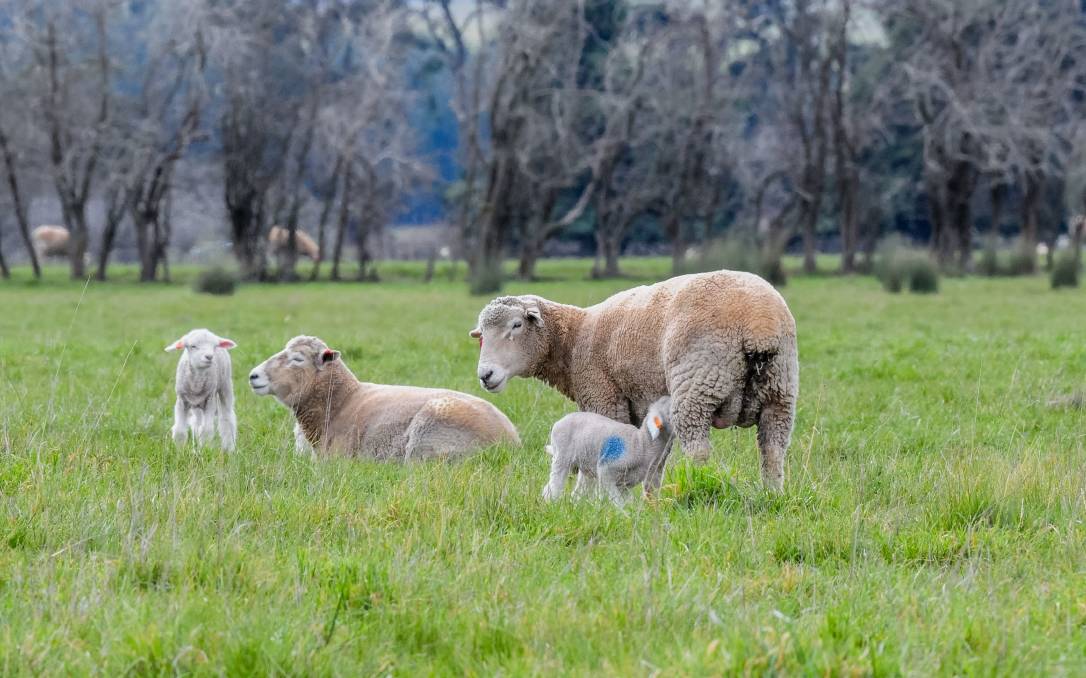 DEATH RATES: While Merino Terminals and cross-breds return the highest income, per hectare, they are also the most expensive to run.

Cross-bred ewe death rates on the rise in Tasmania.

Tasmanian sheepmeat and wool producers have been urged to take greater notice of ewe deaths, according to sheep industry specialist, Phil Graham.

Mr Graham, of Graham Advisory, was presenting profitability data, comparing six wool and meat sheep enterprises in the Cressy area from 1964 to 2019.

He told the Sheep Connect webinar, Merino Terminals, at $1236 and crossbreds, $1218, realised the greatest income per hectare - at nearly $300 higher than the others.

But Mr Graham said they were also the most expensive to run, at $879/ha and $835/ha respectively.

"The thing that's driving the expenses is the cost of replacement ewes," Mr Graham said.

Profit dropped sharply, in cross breds, due to the higher the cost of replacement ewes.

"I have never seen a better winter, in terms of growth rate," Mr Graham said. "But the death rate in cross-breds is going up."

"If I had to put a death rate on XB's, it would be closer to eight percent, caused by foot abscess in XB ewes on grazing crops."

"The ewes were heavy and they were carrying twins.

"No-one really talks about adult and weaner death rates, but they both have an impact."

No-one really talks about adult and weaner death rates, but they both have an impact. - Phil Graham, Graham Advisory

Mr Graham has been recording data on a block at Cressy, in northern Tasmania, from 1960 to 2019.

He said he used the GrassGro program, developed in 1991 by the CSIRO, to compile the data.

There was very little variation in profit per hectare, when comparing the two wool enterprises and the four meat sheep operations, given a 10 per cent tolerance for error.

But he said the biggest change in profitability, in the last five years, was the rise in the mutton market.

"It's having a big impact on profitability," he said.

"When I started in the game, we used to send mutton out in whole carcases.

"Then we got very smart, and cut them in half, then in quarters, and sent them out in containers.

"Now nothing leaves Australia unless it leaves in a box."

Back in the early part of the decade mutton made 50-55pc of the lamb price.

"During 2020, which has been a pretty messed up one for markets, there were stages where it was selling at 80pc, and it's consistently selling in the low 70's.

Mr Graham said Tasmanian sheepmeat and wool producers, around Cressy, have experienced a long run of stable profitability for the past 30 years.

Figures for the cross-bred operation in the Tasmanian Midlands, from 1965 to 2019 showed an average operating profit of $440 per hectare.

"The cross-bred profit line is trending up," Mr Graham said.

In comparison, a Merino operation, at Bookham, on the southern Tablelands of NSW, had seen a slight down trend in profitability over the 30 years.

"I was expecting to see a bit of trend line like that for Tassie, but it wasn't the case," he said.

He said on the southern Tablelands of NSW warmer winters were positive, but harsher spring and autumn conditions were putting "a slight downward trend, on businesses."