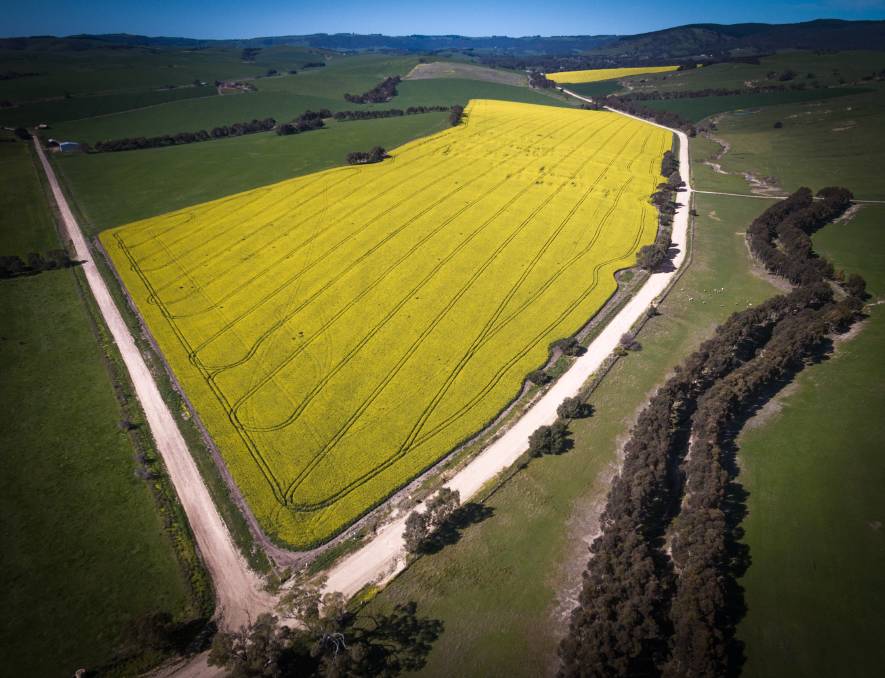 Infrastructure investments by all levels of government are aiming to reduce regional and rural road fatalities and trauma, and work towards zero deaths.

It is an idyllic scene - a gently curving country road leading to two rolling hills.

As you head south towards Wagga Wagga on the Olympic Highway at a spot on the map called Brucedale, a forest of splendid gums on your left abuts ordered rows of olive trees.

In spring, the paddocks opposite burst into brilliant canola yellow as far as the eye can see.

On the edge of the second hill, also on the left, is a dusty little track - called Mary Gilmore Road - which was named in honour of a former local - the renowned writer and great-great aunt of Prime Minister Scott Morrison.

Just a little further along, on the right, is a quaint stone building that was the school she attended in the 1870s.

At first glance, and if you did not know otherwise, this is a beautiful, serene part of regional Australia.

It is less than one kilometre from where I grew up on our family farm.

Sadly, however, this was also the place where a horrific collision occurred in February 1984.

At the time, this was one of the Riverina's worst road tragedies, with four lives being taken - all from the one family.

Then, unbelievably - just one week later - six people were killed in a shocking crash near Temora.

Ten dead in one week. Eight adults and two children, and 13 youngsters who would now live their lives having lost one or both parents.

I remember the time all too well, as if it was only yesterday.

As a 19-year-old cadet reporter, I was just finishing my shift at The Daily Advertiser when the newspaper's chief of staff - hearing the Brucedale crash was close to where I lived - asked me to check it out on my way home and phone-in with details.

There were no mobile phones in those days.

What confronted me that day was awful.

A head-on crash involving a car with a single occupant and a van that was carrying a family of six from Victoria.

All of the deceased were travelling in the van, which was a new vehicle being driven by a Vietnam Veteran on his way to Queensland to see a war buddy.

The parents, both in their early 30s, and their four-year-old daughter - who had been thrown clear of the van - died at the scene, and a seven-year-old girl succumbed to internal injuries in hospital three days later.

Two children - a 13-year-old girl, who was deaf, and a boy aged nine - were orphaned. This was too tragic for words.

Every road death is the same - heart-breaking, terrible and unnecessary.

Someone's parent, sister, brother, daughter or son. Someone who loved and was loved, and left us too soon.

I have traveled on that road so many times since and each time I pass that spot, I remember.

I recall the devastation, the anguish, the frantic - yet professional - care and support of the first responders and the looks on the faces of the young ones left behind.

I often wonder whatever became of them.

I phoned the story through on the landline from home and it made the front page of the paper the following day.

It was my job then to report the news - calmly, clinically and accurately.

But it is hard not to let something such as that affect you.

Road safety is something I am passionate about.

My Ministerial roles now give me the unique opportunity to do what I can to help reduce road fatalities and trauma as we, as a Government and as a nation, work towards zero.

That is why we are investing heavily into better roads as part of our $110 billion infrastructure roll-out across the nation.

This investment comes in many forms, from large-scale highway upgrades to the Bridges Renewal Program -- funded with $676 million for eight years - and Heavy Vehicle Safety and Productivity Program - funded with $538 million for 10 years.

Roads to Recovery, supporting the maintenance of local road infrastructure, is receiving a massive injection of $2.64 billion from 2019-20 to 2023-24.

Since this program started in 2001, councils across Australia - and there are now 537 of these - have used the funding to repair and upgrade at least 60,000 road sites.

And there's much more work underway.

In Victoria this year, $38.7 million is being used to target known accident sites through the Black Spot Program.

This will fund safety measures, from traffic signals and roundabouts to turning lanes, safety barriers and better lighting.

Up to $340 million is available across Victoria under three tranches of the Road Safety Program.

Works can include safety treatments, such as:

This new program is part of the government's ongoing commitment to improving road safety and reducing the number of deaths and serious injuries on our roads.

The national Office of Road Safety is supporting the Government's road safety agenda, including by working closely with states, territories and councils.

Funding under the two phases of the Local Roads and Community Infrastructure Program is up to $343 million across Victoria.

Examples of works are a bridge or tunnel, street lighting equipment, traffic signs, traffic control equipment or a facility off the road used by heavy vehicles.

Vehicles are vastly safer now than in 1970, when the national road toll peaked at 3798.

Road safety resources and actions are also more prominent today - and rightly so.

Record federal government funding, with state and local government contributions, saved lives last year and will continue to do so as we build better, safer roads in the future.

Upgrades continue to be rolled-out for major Victorian highways, such as the Princes, and on other busy byways - as well as local streets in your neighborhood.

These works are saving lives and avoiding trauma.

But we cannot legislate against stupidity.

As the Herald Sun reported earlier this month, more than a third of road deaths in 2020 were caused by speeding, drugs were involved in 32 per cent of fatal incidents and 21 per cent involved alcohol.

As Victoria Police assistant commissioner Libby Murphy said, "despite there being fewer cars on the road due to Victoria's long-running coronavirus lockdown, the rate of road trauma had increased".

Road safety is everyone's issue, so let's make it even more so this year.