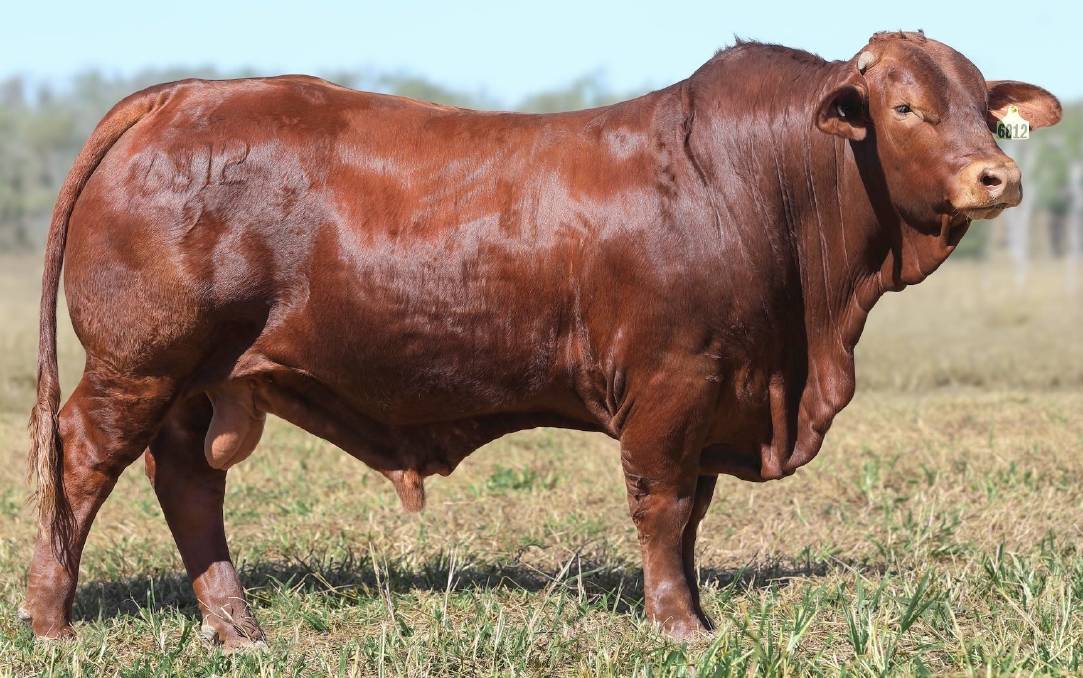 TOP GUN: Beretta won the Droughtmaster/Beefmaster title for Asia/Africa then came third in the Champion of the World title.

Ken Wilcock reports that a late run of cattle before Christmas saw beef exports finish strongly for the year.

A LATE run of cattle from the end of November to the Christmas closures in mid-December helped push beef exports for December to 85,044 tonnes, second-best monthly volume for the latter half of 2020 and 5000t better than November's figure.

However, while the uptick was welcome, it was still more than 30,000t behind the December 2019 volume.

A sizeable drop-off in monthly volumes was a latter-half phenomenon in 2020 as the first quarter saw exports on par with the previous year and only 2.7 per cent behind at the half-year mark.

This sudden shortage in supply of slaughter cattle was largely to do with cows.

Second round musters in the north and west were yielding fewer killable cows as those places with feed gave empties a second chance while those with scarce feed resources found willing buyers in the south for cows they could either turn or more likely hold long enough to get a calf.

ABS figures on percentage of females in the kill track this change.

In May/June it was 56-57pc while the average for the Jul/Sep quarter dropped to 53pc.

Unfortunately ABS now only does quarterly rather than monthly statistics so we have no confirmation yet on what happened in the final quarter.

Fewer cows in the kill meant lesser volumes of lower grade beef to place in world markets at asking prices that reflected extreme inflation in the price of Australian cattle and this helps to explain where the reduction in trade was mostly felt.

Readily available in quantity and cheaper South American beef was no doubt a factor for China.

But while Australian exports dropped to a low point of 10,387t in September, they have gradually risen since to 15,149t in December despite suspensions on a number of plants remaining in place.

The second most affected market was the United States.

The 211,754t shipped in 2020 is 40,000t, or 16pc, down on 2019 and the lowest volume to this market since the big US herd liquidation years of 2010/2011 when that country was swamped with domestic supplies of non-fed beef and exports from Australia were constrained by low numbers of females in the kill due to intense herd rebuilding.

Compared to the big volume hits in China and the US, our premium markets of Japan and Korea were much less affected.

PATRICK Gay, among many other things, is a keen shooter so it was an interesting coincidence that he ended up with a top line Droughtmaster bull from Glenlands late last year called Beretta.

He paid $27,500 for him, a bargain when you consider his full brother the year before was a bull called Winchester who topped the sale at $80,000.

But probably not widely known at the time of the sale, Beretta was among 100 or so Australian Droughtmaster/Beefmaster bulls nominated for the chance to represent Australia in the international Champion of the World competition.

This is an initiative of a Canadian not-for-profit agricultural society called Northlands, which has impressive exposition facilities at Edmonton, Alberta, and hosts an annual event called Farmfair International, home of the Champion of the World competition.

This competition was founded in 2012 to promote awareness, goodwill and trade between and within cattle producing countries.

Normally, cattle qualify for Champion of the World by winning their country's premier breed show in each of their respective regions: North America, South America, Europe, and Asia/Africa.

Last year, however, because of the number of cancelled shows, studs nominated any of their better-end animals they considered appropriate.

A judging panel then selected Australian representatives who went on to be considered by an international panel firstly for regional awards and ultimately the title of Champion of the World for bulls and Miss World for females.

Against some tough competition, Beretta won the Droughtmaster/Beefmaster title for Asia/Africa then against wider competition from North and South America for the world title he ran a very creditable third.

It was another great result for the Childs family as the year before they took out Miss World Droughtmaster/Beefmaster with their entry Glenlands D Whitney.

As for Beretta, at the time the news of his success came through, he was running with a little mob of Droughtmaster heifers on some of Patrick's country near Texas on the Queensland/NSW border.

Now in his mid-eighties, Patrick took up the challenge of developing Craigie, a 7200ha Traprock block on the western side of Glenlyon Dam around 10 years ago.

He had already achieved remarkable success in business and life generally having founded Gay Constructions in 1955 (which grew to become one of the major players in steel fabrication in Queensland), as a developer of residential and industrial land, co-founding Gold Coast City Marina, owner and operator of a successful Brahman stud in the Brisbane Valley while at the same time developing a strong sporting interests and community involvement particularly in education and youth social welfare.

In recognition of these achievements he was awarded Member of the Order of Australia (AM) in 2007.

Patrick has since added adjoining block Emu Park to Craigie and with the capable assistance of managers Michael and Lisa Stevenson is showing how well Droughtmaster cattle can handle the challenging nature of Traprock country.