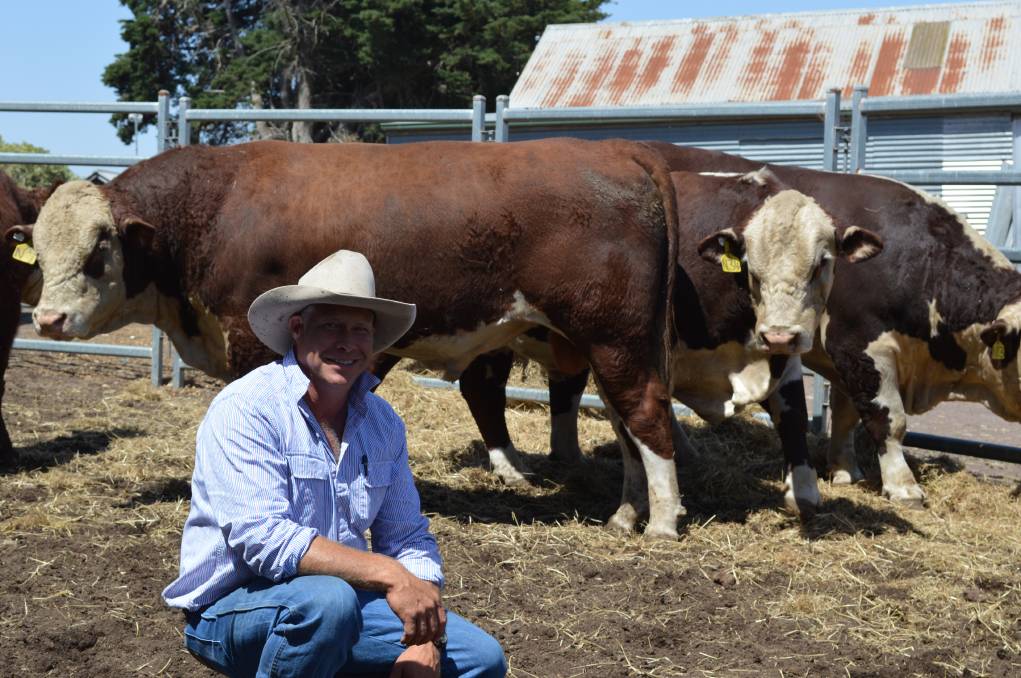 GEARING UP: Moora Poll Hereford stud principal Linton Price will have 15 bulls available for sale and stud sires and heifers on display at his Stock & Land Beef Week open day.

Studs will showcase a variety of breeds across the week.

Studs in Victoria, South Australia and NSW are preparing to open their gates as part of the 30th annual Stock & Land Beef Week.

The event will run from January 27 to February 3 and will see 130 participating studs host field days to showcase a variety of cattle breeds.

Stud co-principal Linton Price said aside from a couple of years, the stud had participated in Stock & Land's Beef Week since the event began.

Mr Price said the stud was established in 1957 and had a "quality over quantity" approach.

"If they're good enough for us to use in our own stud, there's no reason why any other stud in Australia couldn't use them," he said.

"We want our clients to succeed with what we're breeding and understand our breeding objectives so we can understand theirs.

"The whole quality thing is about breeding really good stock and culling hard to get that."

The field day would have 15 bulls available for sale and stud sires and heifers would also be on display.

"The cattle are in mint condition," he said.

"We're breeding for steaks not hamburgers."

In Yabba North, Mount Major Murray Greys will have heifers for sale as well as established and upcoming sires on display.

Stud principal Brett Davidson said he had been participating in the event for several years.

"We're currently running 50 breeders, they're all scanned and assessed, the cows would all be in the top 10 per cent for BreedPlan figures," he said.

"We've got a list of commercial producers that buy our bulls which is excellent."

The field day would have heifers for sale as well as displaying herd sires and upcoming bulls.

"I think he's going to be quite special," he said.

"Obviously he's still got a few hurdles to go but he's certainly ticked the first few boxes, being a nice low birthweight and he's a thumping calf with plenty of muscle and softness on him.

"I'll be excited when I start collecting some data to back up his devilishly good looks."

He said maintaining herd quality over the years had involved keeping strict standards when analysing both stock and the business.

He said Stock & Land's Beef Week was a great opportunity for breeders to look for new genetics and see what other breeders were doing.

"It's a very good platform for having a look in an informal way," he said.