Heifer prices rode on the back of their versatility at the Hamilton independent agents heifer sale on Friday. 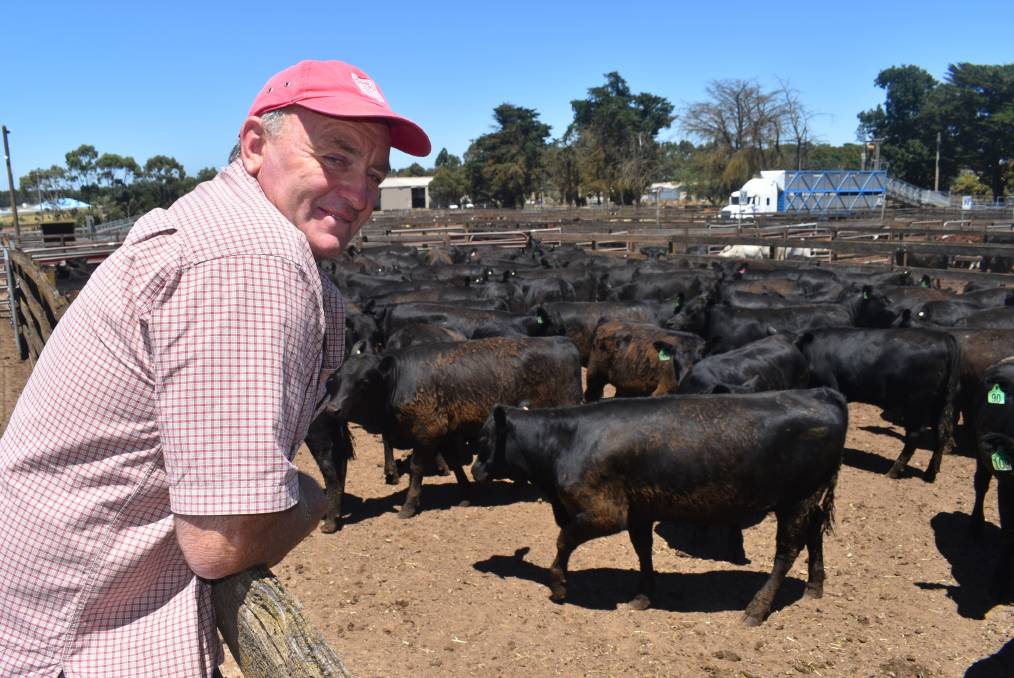 The incredible run of heifer prices continued to the final pen in a yarding of 1776 all breed weaner heifers at Hamilton on Friday.

In a massive result for vendors, the lure of good lines of quality heifers suitable to add to herds saw prices surge.

There was widespread support across the yarding with long-time supporter Andrew Whan, Miller John & Whan, Mount Gambier, SA, buying almost a third of the yarding across three clients.

"Unbelievable has been used a lot," Mr Grant said.

"The heifers have outclassed the steers in the end and that's because a lot of heifers have gone back to the paddock to be joined up."

He saidspending $1800 to $2000 a head on heifers to join was a good thing, as it meant the herd was rebuilding.

He said averages were likely double last year when a lot of heifers were making $650 to $750.

The first pen of the sale was the heifer portion of Michael and Jacinta Coffey, Port Fairy, and comprised 19 that weighed 361 kilograms and sold for 582c/kg or $2102.

The McNamaras are changing enterprise from dairy to beef.

Banquet Angus put together a draft of 54 heifers from various clients that will lead into their 2022 bull sale.