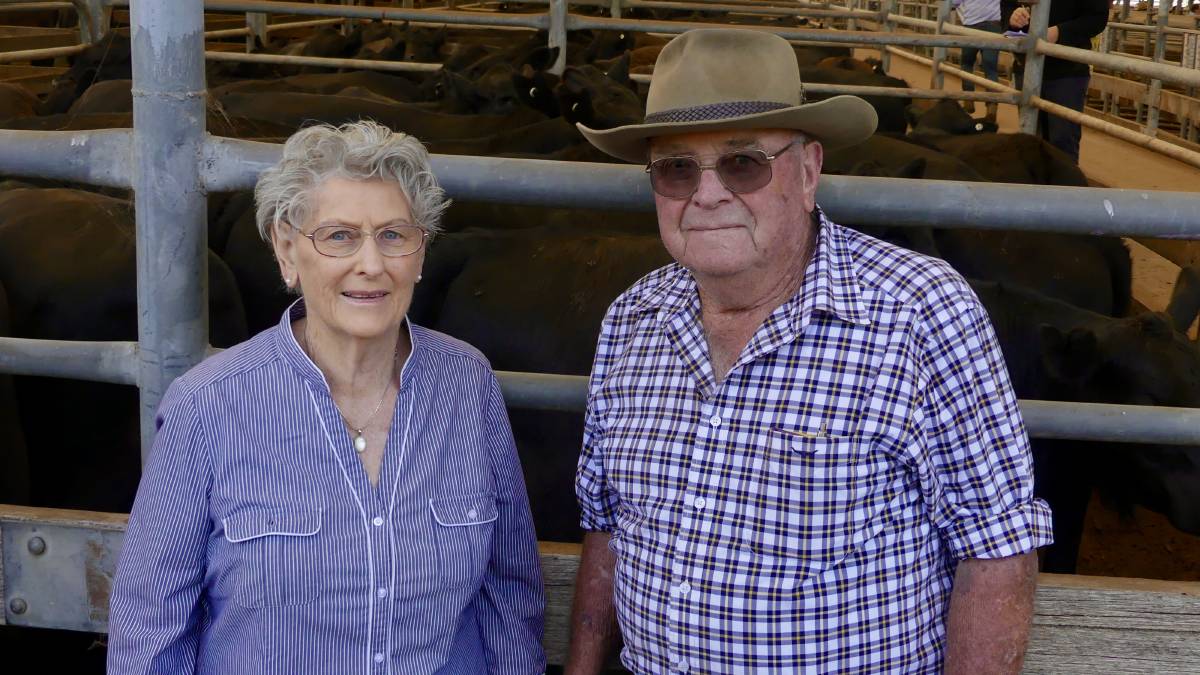 "Our best calves obviously were getting up over 400 kilograms but there was a lot of calves in the 370-400kg [range] that probably other years wouldn't have been that heavy.

"That's probably as dear cattle sale as what we've probably seen, dollars per head wise, just purely because of the weight.

"A lot of those heavy calves were making 480c/kg.

"Some of those lighter calves towards the end of the sale were 600c/kg and up to 700c/kg for little 200kg calves, that's huge money."

"It was a very good yarding of cattle and I know there wouldn't be a single person that's complained about the sale today, except for people trying to buy," Mr Douglas said.

"Plenty of fellas were saying their average was $600 to $700 better than last year."

Mr Douglas said prices were good across the day, with Herefords on par with Angus, although the heavier European breeds did not quite match the British breeds.

There was support from local and northern buyers.

"We had two orders from Gippsland and we never bought a calf for them, they gave us a bit of money but we just didn't have enough," he said.

"They said 'buy British bred, buy as many as you like', and we never filled the old wheelbarrow."

He said the good prices reflected the work that went in by producers.

"Some people say it's too much money, but I think that for the work the producer puts in, not just this year but over the years with breeding, and don't forget that these prices have been pretty good the last few years, the last couple of years, but not 10 years," he said.

"As long as the bloke that's bought the cattle today, he makes a quid.

"While they're making a quid, they'll be back and we've got to have that if we have an annual sale like that every year."