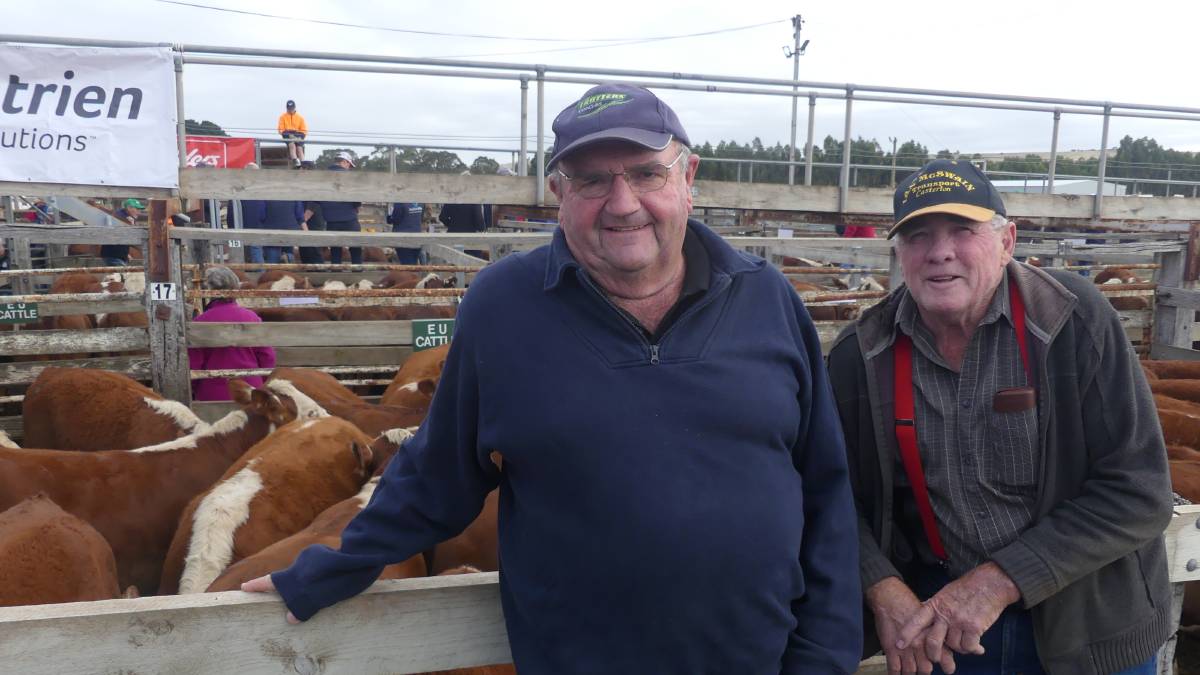 Buyers joked sales must have been converted to dollars per head after prices skyrocketed at the Hereford steer weaner sale at Casterton last week.

Agents yarded 1080 head for an average price of 525 cents a kilogram.

Elders Casterton livestock manager Sam Broomby said the prices were "off the planet".

"I just chatted to a fella and his average is $700 up on last year," Mr Broomby said.

"I don't know if we'll see it again but it's incredible to think how much these calves are making."

He said European Union-accredited cattle continued to fetch up to 15c/kg more on the heavier lines but there was no difference in the lighter weights.

The final pens drew some fierce bidding and the gallery was incredulous as Karingal sold a pen of seven steers at 209kg for 644c/kg or $1346.

Nutrien Casterton livestock manager Greg Bright said the quality of cattle on offer was good, although the calves did not quite make the weights agents were expecting to see.

Mr Bright said there was a range of buyers, from as far as Queensland and NSW to South Australia and Gippsland.

"I didn't think it would be as dear as it is to be honest," he said.

"I've never seen it before and I reckon I've been in it a while, but it's extraordinary.

Mr Broomby said it remained to be seen whether the prices seen at the weaner sales would be sustainable into the future.

"It's only sustainable as long as the finishers are getting the price out the other end," he said.

"As long as everyone's making a dollar, it'll stay sustainable... it all rides on that."