Plenty of light steers sold for between 530c/kg and 580c/kg at Casterton. 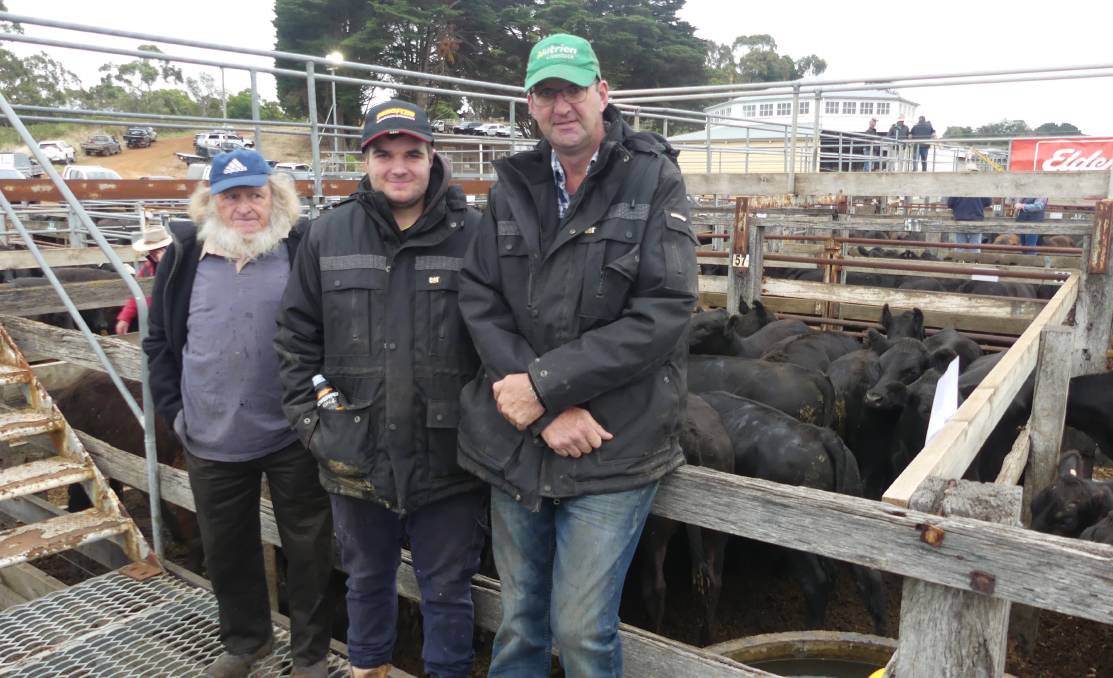 A yarding of 2410 head at the annual Casterton weaner steer sale was greeted by packed walkways and keen competition.

The Elders and Nutrien sale featured annual drafts of Angus steers that presented in great condition.

Across the penning the cattle averaged 336 kilograms and sold at an average of 502 cents a kilogram or $1691 a head to gross $4 million.

Nutrien Casterton livestock manager Rick Smith said the early pens of cattle weighing between 380-400kg, and European Union-accredited, sold at 480c/kg-plus, while non-EU cattle were "probably 10 or 15c/kg below that".

"As the sale progressed and the calves got lighter we saw it creep up to 500c/kg and when we got onto the second drafts 520c/kg was common and the third drafts made from 550c/kg and even 600c/kg in places," Mr Smith said.

Buyers were widespread from Queensland to northern NSW, central-west of NSW, the Riverina, Gippsland, as well as strong support from traditional buyers from south-east South Australia and some locals.

Lead runs of cattle included the opening pen of Forest View steers that comprised 43 at 392kg that sold for 484c/kg or $1901.