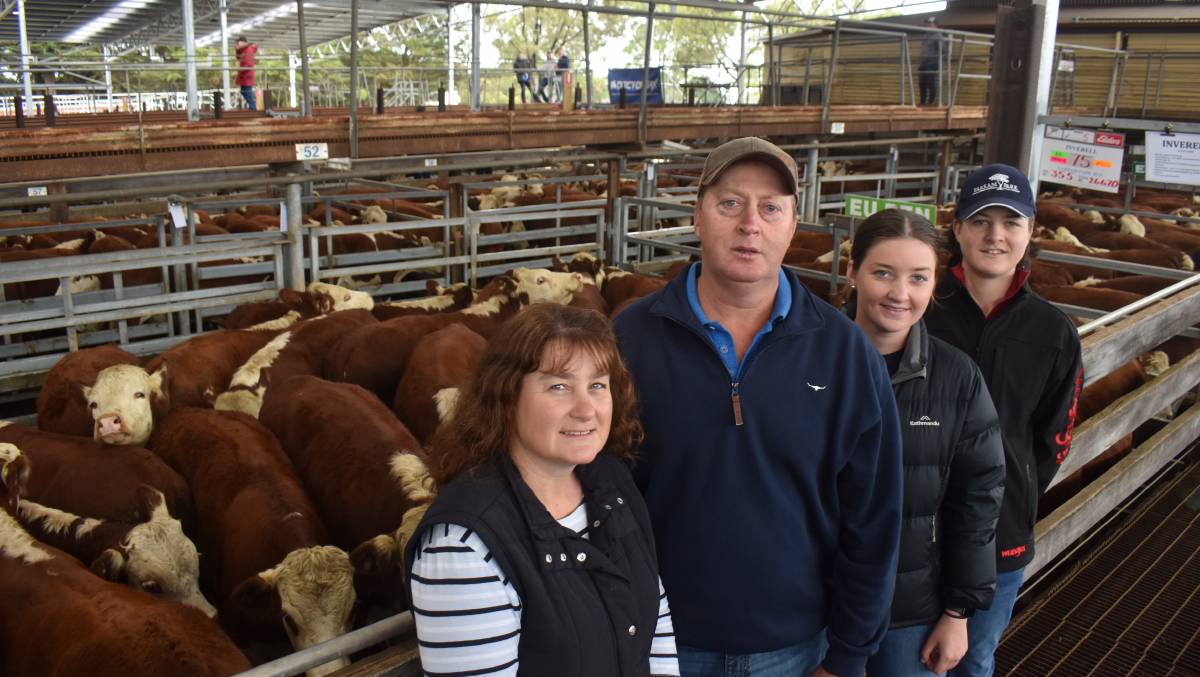 Agents again recorded exceptional prices on the second day of the annual weaner sales at Hamilton.

The sale saw 2307 head yarded for an average price of 500 cents a kilogram and grossing almost $4 million.

"I think if anyone said you're going to get 500-550c/kg for some of your light calves I don't think anyone would have believed that.

First pens at day two of the annual sale at Hamilton

Post by First pens at day two of the annual sale at Hamilton.

"We knew it was going to be pretty unreal going on what happened yesterday," Mr Savin said.

"It's beyond our wildest dreams actually."

He said buyers from Queensland, NSW and northern Victoria were the most dominant across the day.

"We had the same fellas come here and buy the same steers every year and couldn't operate.

"We had local blokes here willing and keen to buy the same cattle and couldn't operate, and we don't have any cartage.

He said the sale results were a welcome change to last year.

"I think our best calves over here, EU-accredited steers, made 345c/kg, and our best steers here were in the 490c/kg [range]," he said.

"Little steers down the back were 570c/kg and those steers were mid-200c/kg last year so it's over double on some of those cattle."