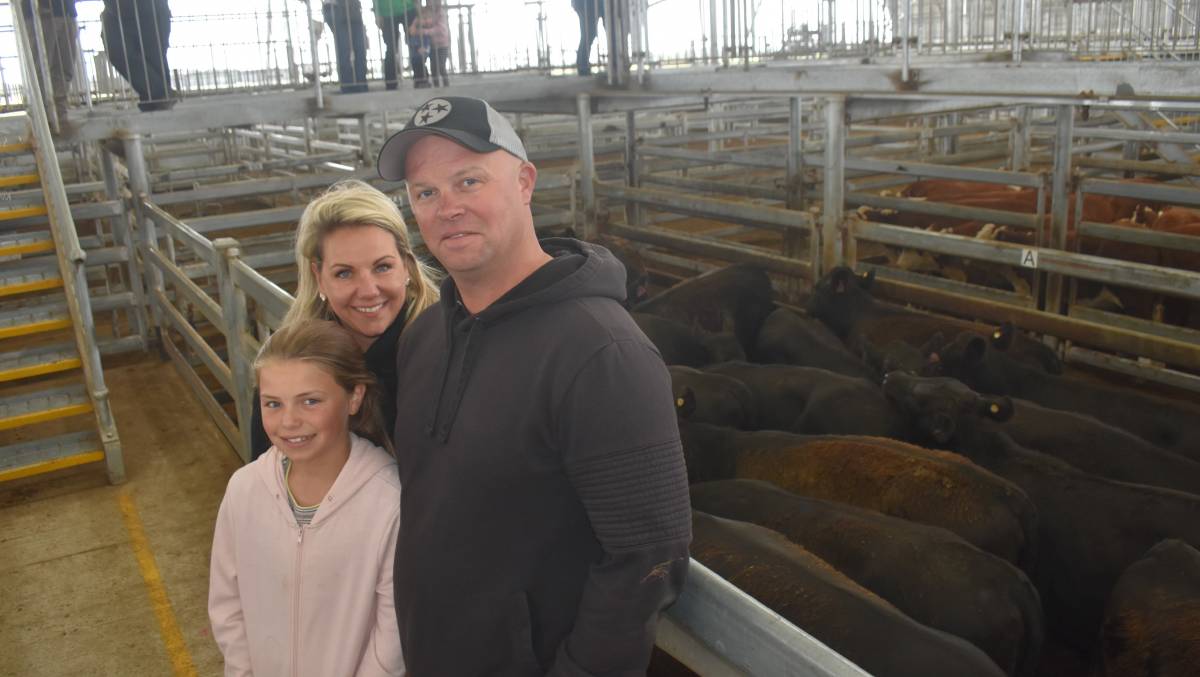 The yarding of 3745 steers and heifers by the associated agents at the Western Victorian Livestock Exchange attracted the biggest crowd ever seen at the centre.

The sale was conducted in conjunction with AuctionsPlus, with 156 registered buyers placing just under 300 bids.

Mortlake Stock Agents' Association president Matt Baxter said weaner steers either side of 400 kilograms made between 460-490 cents a kilogram, or $1690-$1920 a head.

Nutrien auctioneer Josh McDonald said the sale was "terrific across the board".

"It was beyond all expectations; it started strong and held that throughout," Mr McDonald said.

Mr Baxter said lightweight heifers remained firm throughout the sale and proved dearer than the weaner steers in some cases as they made to a top of 534c/kg and $1736.

Mr Redpath said the competition from the north including Queensland and northern NSW was "very strong".

Moyne Falls presented a large consignment of Angus weaner cattle with a total of 602 head which made to a top of $1634 for the steers or 628c/kg for the lightest pens.

Boiardo Pastoral also presented a large offering of 140 Angus heifers which made to a top of $1658 or 508c/kg.

Bob Haworth and Vicki Jones, Correlup, Mortlake, showcased 143 Angus weaner cattle with the steers making top price of $1880 of 464c/kg for a pen of 30 weighing 405kg.

Sambell Pastoral sold a line of 42 steers, European Union accredited, and certified organic, that weighed 364kg and sold for 536c/kg or $1918.