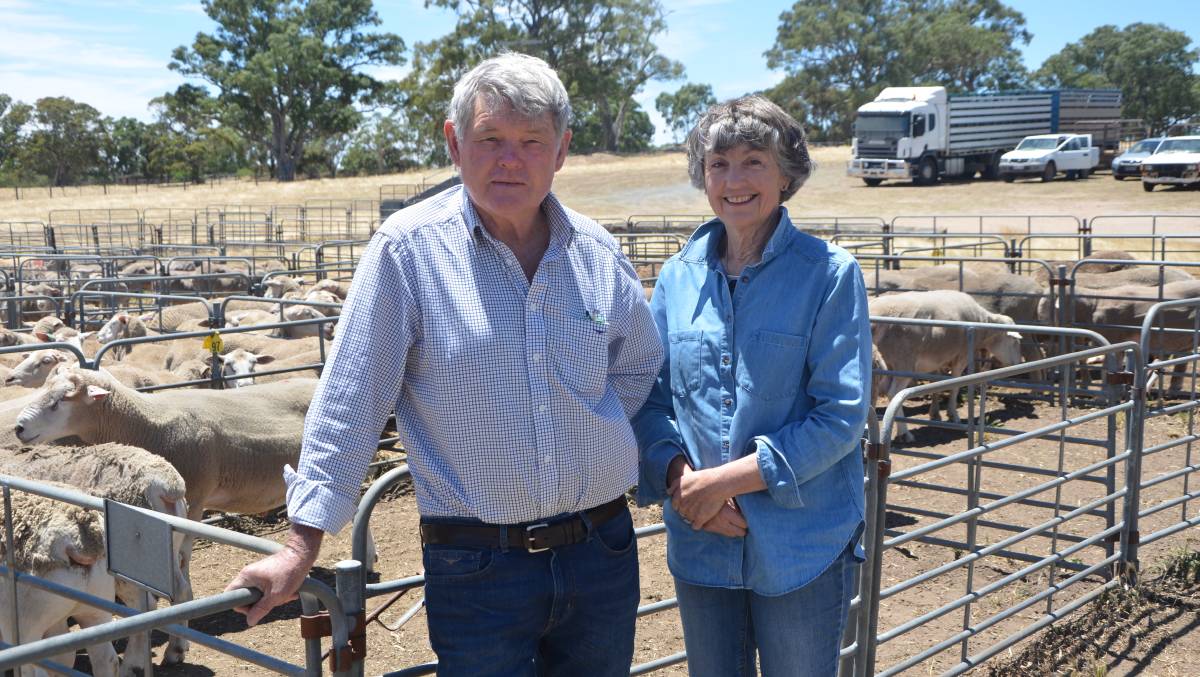 A look at how agents think sheep will sell in 2021.

Smaller yardings of lamb and mutton at Victorian saleyards this week could set the tone for the next few months, agents say.

Most parts of Victoria continue to experience an abundance of feed, while some areas like Bendigo are desperate for a drink since receiving their last decent rainfall in November.

Bendigo-based Ellis Nuttall & Co director and auctioneer Rupert Fawcett said processors were out in force with shorn lambs selling to $252 a head and suckers to $220.

"If the market stayed where it is people would be happy and if lambs continue to make over $8 a kilogram it gives everyone a margin to work with," Mr Fawcett said.

"A lot of the lambs on Monday showed the dryness and some of them seemed to be slipping backwards but that was very reflective of the season we're having."

Meanwhile, in the Western District some areas received between 30 and 50 millimetres of rain at the weekend, setting many farmers up for an easier summer, according to TB White & Sons director Gerard White.

"There is no pressure for producers or re-fatteners to sell lambs unless the markets pays the price they want," Mr White said.

"People have sold a lot of mutton in the last few months and I think the mutton numbers from now will level out and we won't see a surplus of them this year.

"We're also seeing people trying to maintain as many numbers as they can so they can join and breed from them so those additional lamb numbers will be harder to source."

Mr White said the reopening of abattoirs in late-2020 and the relaxing of coronavirus restrictions at saleyards meant "full production was looking very promising".

Mr Bright said people in the far west were continuing to enjoy an "abundance of feed".

"The sheep job this year will be strong," he said.

"Numbers will be an issue and there will be plenty of demand for sheep going forward.

"Producers are also doing a good job of marketing their product and there is a lot of feed around."