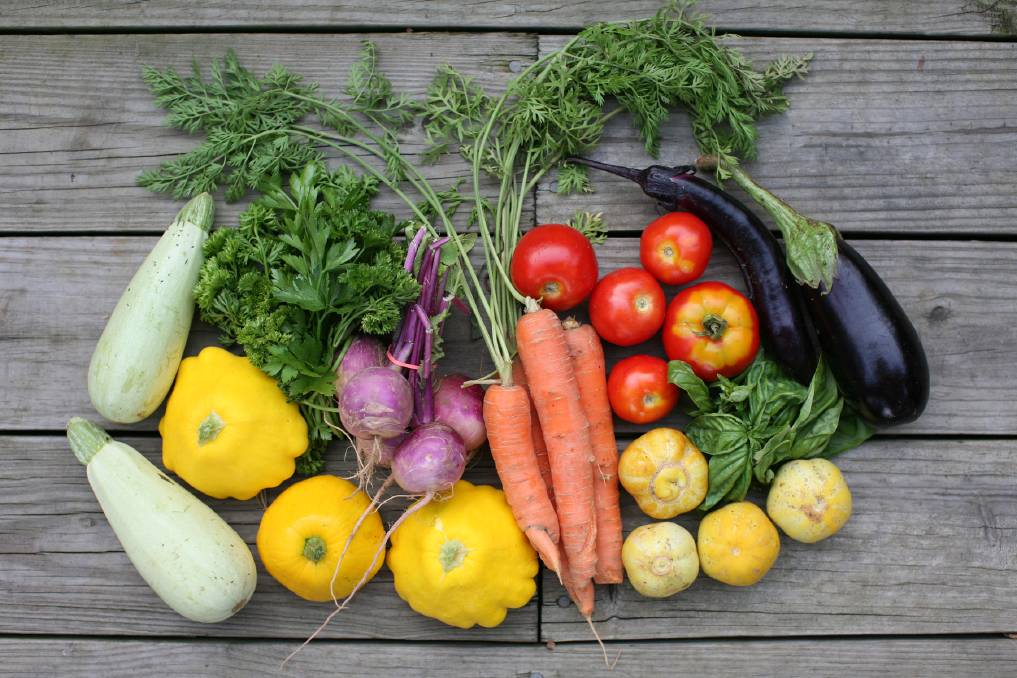 Bounty: Organic produce is often regarded as more sustainable but the whole picture needs to be considered according to Patrice Selles, Biotalys. Photo: Ash Walmsley.

The push for sustainability in ag should not be seen in the prism of conventional and organic systems according to an industry expert.

THE LEADER of an international agriculture business has said the industry needs to confront sustainability issues with the large yield gains of the 'Green Revolution' starting to plateau.

Patrice Selles, chief executive at bio-controls business Biotalys, said there had been a lot of conversation surrounding the sustainability credentials of organically grown produce, but added it was foolish to make like for like comparisons between conventional and organic agriculture.

"As the global population has developed in size, wealth and dietary requirements, conventional agriculture (using synthetic chemical inputs) has been the easiest way to secure the quantity of food required to feed the world," Mr Selles said.

"Over the last 70 years, we have witnessed a great improvement in crop yields, for example wheat has moved from around 3 tonnes a hectare to 8t/ha in developed countries," he said.

"At the same time, the development of agriculture knowledge and science has resulted in a strong increase in potency for chemical pesticides, reducing the quantities required from kilograms a hectare to 100s of grams a hectare."

"While organic agriculture has demonstrated a lesser impact in terms of greenhouse gases (GHGs), depending on the crops, farming practices and geographies, the land required to grow the same amount of food is higher.

"It is difficult to draw a straight line between conventional and organic agriculture in terms of climate impact overall."

He said conventional agriculture had to look for the next transformational change to help to bolster productivity.

"Today, we have reached a conventional ag plateau by expressing the full genetic potential of plants (through breeding) and optimized the chemical input," he said.

"Agriculture now needs novel solutions to reduce pest resistance and limit its impact on the ecosystems and the climate - the answer to our climate and environmental concerns is not as simple as eliminating all chemical inputs."

He said the agriculture industry needed to sit down and have a mature conversation on sustainability and what exactly it meant.

One of the challenges we are facing is to define sustainability for global agriculture in a meaningful way," Mr Selles said.

"What is clear is that no single agriculture practice or technology will solve the sustainability challenge on its own.

"The ability to use all tools provided to growers - e.g., genome editing, different crop rotation systems, biocontrol inputs (like Biotalys), indoor farming, robotization - guided by efficient crop management will be the key to moving to truly sustainable agriculture."

He said despite the well-oiled organic publicity machine, the industry needed to push through the automatic association of organics with sustainability.

Mr Selles pointed to the high use of copper salts as a fungal disease preventative in organic grape production as an example.

"In organic wine grape growing regions, copper salts such as copper sulphate have been used extensively under the organic label for many years with high volumes and many applications per season," he said.

"As a result, growers and scientists have now realised that the soils are impacted by copper residues.

"These residues obliterate the soil microbiome that is important for plant growth and plant health.

"While organic is indeed perceived as better by the consumers for many reasons, it is not as clear cut when it comes to its environmental and sustainable impact."

Mr Selles said he saw the key to the future was moving beyond the all-chemical or only organic mindset.

"Synthetic chemical pesticides will be required for decades to come to continue to ensure we can feed the population," he said.

"However, introducing new technologies that reduce the amount of any type of chemical or heavy metal (even though still technically "organic") is the best way to ensure environmental benefits."

He said over the past few years there had been antagonism between conventional and organic sectors, but he urged both sides to push this aside and focus on sustainability.

Mr Selles pointed out there were many technologies that would benefit both sectors, pointing out sensor technologies, precision application and farm data management had uses across the board.

Looking to the future, he said precision agriculture would help cut down chemical use.

"Embracing the benefits of precision agriculture and alternative technologies can drastically reduce environmental impact," he said.

"For example, glyphosate is a very effective herbicide that unfortunately has been used too much both in terms of volumes and geographies.

"What if you could reduce by 100 fold the quantity of glyphosate required with precision agriculture by only spraying the exact weed you want to destroy rather than the entire field?"

He said biocontrol products, such as his own Biotalys, were getting better.

"Our biocontrols are selectively generated with a precise mode of action to eliminate a specific fungal disease, insect threat or bacterial disease in both pre- and post-harvest applications.

"With more than 150 field trials globally, our first product has achieved the same efficacy and consistency as chemical equivalents in commercial protocols, while being safe for growers and consumers, leaving no toxic residues behind."

The story Look at the nuances in organic versus conventional debate first appeared on Farm Online.