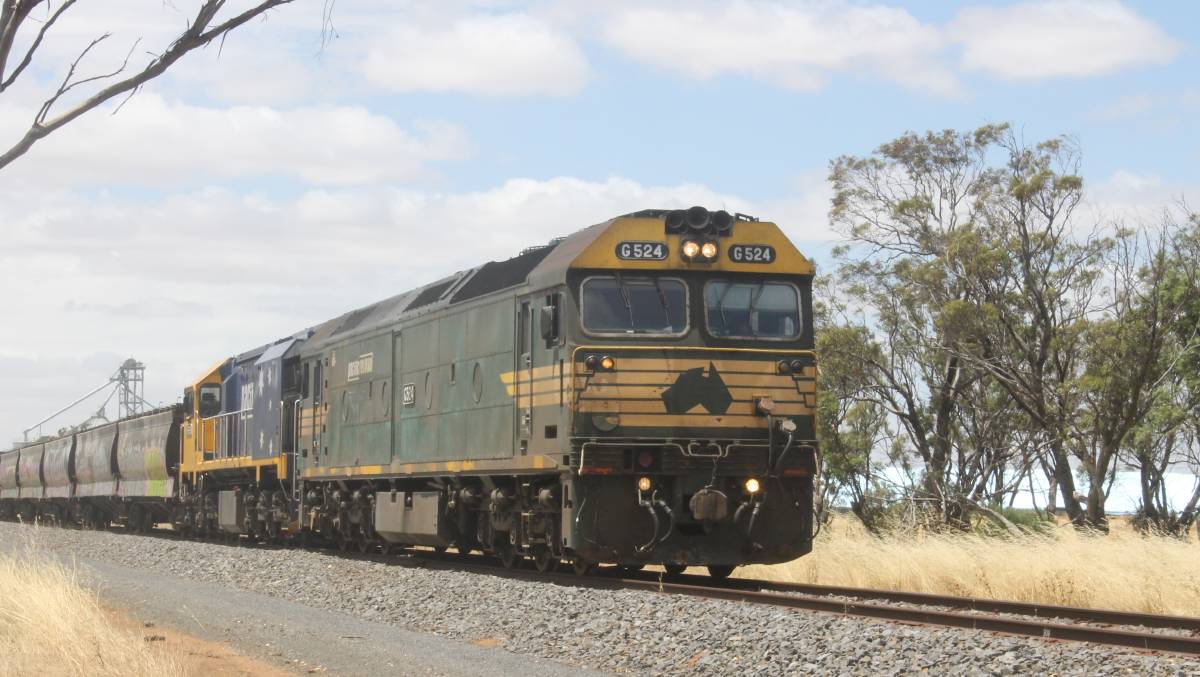 MORE MONEY: The federal government has agreed to a Victorian request to spend more money on the troubled Murray Basin Rail Project. But there are concerns it will build in inefficiencies.

Full standardisation of Murray Basin Rail back on the table.

The head of a Victorian rail advocacy group says he's concerned further funding for the troubled Murray Basin Freight Rail network will only cement inefficiencies on the Mildura line.

The federal government has responded to a Victorian request for more money for the half-finished project, by promising to tip in a further $195 million.

That brings the current cost of the project to nearly double what was originally planned.

The federal money includes $5 million for planning to deliver a fully standardised network for the project, and replacing century-old rail between Maryborough and Ararat.

"The federal government's $195.2 million rescue package is funding the most extensive package of works, recommended by the revised business case and the Victorian government," Federal Transport Minister Michael McCormack said.

"It includes remedying key issues caused by works to date."

The initial $440 million project aimed to standardise the entire Murray Basin rail network by converting it from broad to standard gauge and increasing axle loading from 19 to 21 tonnes.

But Rail Futures Institute president John Hearsch said he feared a substantial amount of the funds would be eaten up in putting down new rail.

"We are concerned that it's locking in, for the foreseeable future, very inefficient operations on the Mildura line," Mr Hearsch said.

"The intention to re-rail that section of line, while understandable, in my view is not the real game.

"The real game is to continue the standardisation through Ballarat, so trains off the Mildura line can use the shortest paths through to Geelong and Melbourne."

The line had been standardised from Mildura to Maryborough, but that updgrade didn't run past Ballarat.

"Standard gauge trains off the Mildura line have to do a right-hand turn at Maryborough and go 90 kilometres cross country to Ararat," he said.

"It takes them a whole lot further away from their destination than would have been the case if they had been able to go straight through to Ballarat."

He said he anticipated the re-railing would soak up a fair amount of the $200 million.

"It will make it slightly less inefficient, because the new rail will allow trains to run a bit faster, rather than the extra three hours it takes in the diversion through Ararat," he said.

The Victorian Farmers Federation has welcomed the federal commitment and called on the state to match the $5 million dollar planning commitment.

"As long as we continue to operate on two separate rail gauges in Victoria, farmers and industry will continue to bear the costs of an outdated and inefficient network," Mr Fraser said.

"We can't accept anything less and have been waiting far too long."

The Victorian government's Rail Freight Working Group chairman Peter Tuohey said Graincorp, the VFF and rail operators had directly lobbied the federal government for the full standardisation to be completed.

Mr Tuohey said a new business case, on the Sea Lake and Manangatang lines, could be completed quickly, as a lot of the information had already been compiled.

"I think Rail Projects Victoria would have done that work, and could come back to the Department of Transport with the numbers," he said.

"It was initially planned to cost $130 million, but when the numbers came in, it was a lot different to the initial cost," he said.

"It was poor planning, or someone wasn't very good with their calculator."

The Victorian government committed $48.8 million in further funding to the project in the state budget.

The cost of the original project has now nearly doubled to $800 million.

Ms Allan said the Murray Basin project business case was nine-years-old and out of date.

She said it didn't take into account the extra 200 weekly passenger services from Melbourne to Ballarat, Ararat and Maryborough or changes to the freight network around Geelong.

"We have been clear, for some time, there have been problems with the original scope of this project, there were significant deficiencies with that business case," she said.

The new works were all about improving freight travel times and opening up new freight paths.

Victorian National Party leader Peter Walsh said the package would see greater oversight, to ensure the state government didn't repeat the mistakes that left the upgrade stalled and out of money.

Mr Walsh called on Premier Daniel Andrews to come to the table with the state's share.

"Incompetent project management by the government left the project in tatters and producers and transport stakeholders with a rail network that's worse than before the project started," he said.

"But this wouldn't have been needed if [the government] hadn't wasted the original budget on shoddy work."