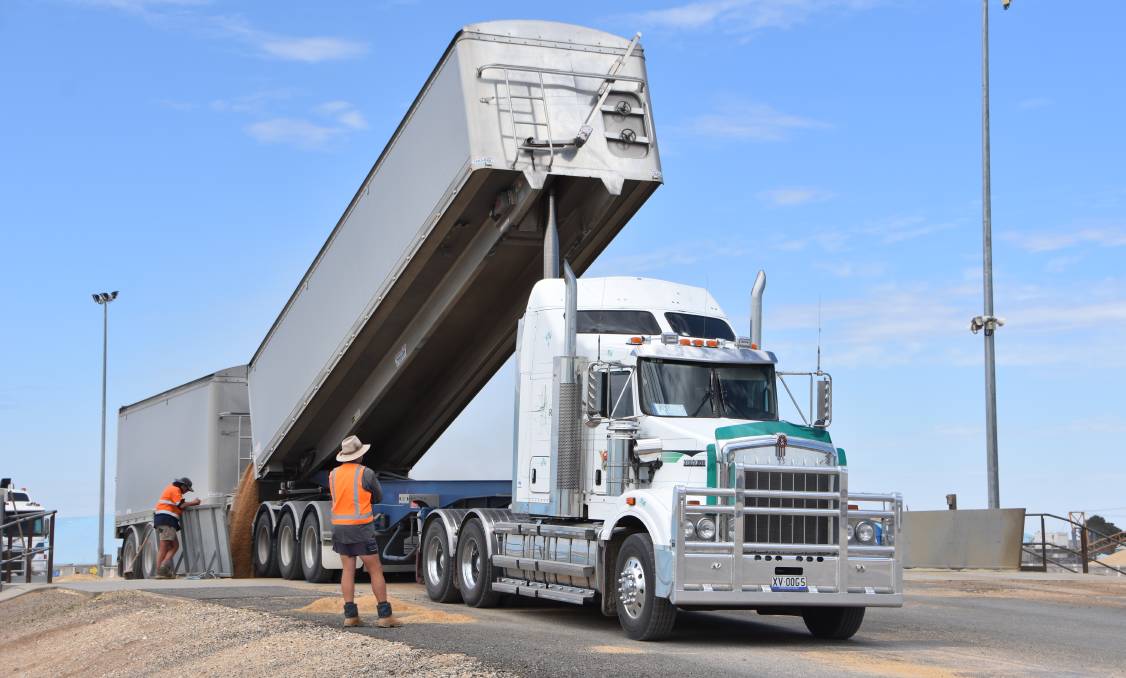 It's been a massive year for grain production across the country. Photo: Gregor Heard.

There may have been bigger grain production years, but it is expected there has never been a better combination of yields plus high prices.

FROM the early part of the year where domestic end-users were scrambling for supplies following the drought through to the images coming out of NSW with bunkers and silos full to capacity, 2020 has been a year of massive change in the grains industry.

Generally, it has been a change for good.

While prices on the east coast are well below the drought induced premiums of 2018-19 and 2019-20, wheat values are still in the top 30 per cent historically, even allowing for falls in December, canola prices are in the top 10pc and barley is around average.

"When you combine prices with tonnes this will be the most profitable year for growers across the board," said Nick Crundall, Market Check head of strategy.

"The year that was slightly bigger in terms of production, 2016-17, was nowhere near as good in terms of pricing," Mr Crundall said.

"We've had a relatively rare season where we've seen our crop continue to grow throughout the year and international crops get smaller, which in some part reflects the La Nina weather event that is in place, which also influences weather in North and South America, seeing it usually drier."

He said Australian growers had been lucky the good season in terms of production had coincided with shortages in supply globally in key commodities such as corn and soybeans which had spilt over to drag up prices for important Australian crops such as wheat and canola.

Andrew Whitelaw, Thomas Elder Markets, said there had been good opportunities for Australian grain growers right throughout the year.

"We had the prices hitting $370/t for wheat in March as the markets sorted out COVID-19, and while some growers were not necessarily keen to take the risk of locking in prices then there was again another really good spike in October when there was a lot less production risk to be concerned about."

Mr Whitelaw said although Australian trade with China was stymied during the year, the Asian giant still had a strong indirect impact on our grain markets.

"The reality is if we hadn't seen the issues in China that saw them buy large volumes of corn and beans in particular then prices overall would be lower."

He said grain growers had differing takes of marketing the big crop.

"Some are really disciplined in targeting a price while others do the sums on a gross margin basis per hectare and are deciding prices are good enough to make a solid profit and are selling."

Even in barley, which has had growers concerned because of the effective ban on exports to China due to the massive tariffs, Mr Whitelaw said prices were at decile 5 levels.

"It's a big year and prices are not that bad in historical terms, it is so much better than 16-17," he said.

"Obviously prices would be a bit higher with direct trade with China but it is certainly at a level where farmers with big tonnes will be making good money."

Mr Crundall said the Australian crop had benefitted from good autumn rain in particular in NSW and then timely, rather than especially heavy rain in spring.

He said crops in WA had also yielded better than first expected, contributing to the big crop.

Internationally, he said there were issues with corn and soybeans through the Americas, while wheat crops in the Black Sea and Argentina also struggled, leading to prices remaining buoyant.

He said one small downside in an otherwise bright year was the timing of the international price rallies.

"The first one in March was a little early in the year for Aussie growers to take full advantage of, the second one, in October, we were hearing how the La Nina had kicked in, there had been some heavy rain so there was a lot of concern about weather damage, so some held back or took a discount to take out multi-grade contracts."

He said the risk to quality had largely fizzed.

"There has been a small amount of storm damage in the west and through NSW and some frost in some parts of NSW but by and large it has been excellent."

The story Grain sector likely to record most profitable season ever first appeared on Farm Online.