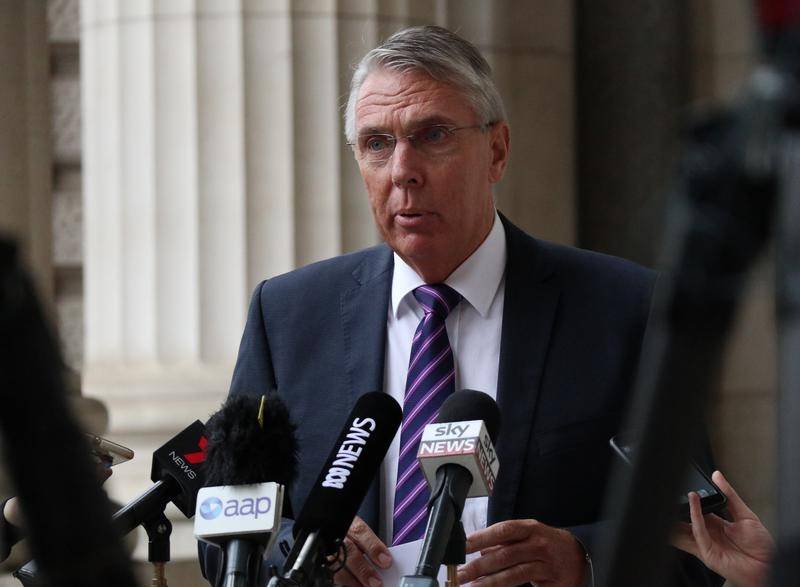 Worker shortages will result in 25 per cent price rises for fruit and veges, sas Walsh.

The state oppostion says the Victorian government is still "full of excuses", on why it has failed to do the work to get seasonal workers, onto farms.

Asked to detail the Victorian solution, the opposition said Agriculture Minister Jaclyn Symes claimed quarantine through the Northern Territory - which comes with an estimated cost of $8000 per worker - was still the preferred solution.

Opposition Agriculture spokesman Peter Walsh said price rises of up to 25 per cent were now predicted on festive fruits, like plums, peaches and cherries, and vegetables as a result of the worker shortage.

"Ms Symes is full of excuses, but light on solutions," Mr Walsh said.

"Other states have programs in place that have already brought hundreds of workers on farm but all we've got from the Agriculture minister is empty promises that still haven't delivered."

He said the minister should spend less time attempting to pass the buck to the federal government, and more time doing her job to put a quarantine framework in place, that got workers onto farms.

Mr Walsh said the federal government had put programs in place to ensure workers could get through Australia's border closures, but it was up to the states to manage quarantine programs.

In a meeting last month, Agriculture Department officials said quarantine through Howard Springs, Darwin, not Victoria, was the preferred solution, at least until the hotel quarantine inquiry handed down its final report on the bungled scheme in late December.

"The state government claims it can host international tennis players for the Australian Open, but refuses to find a way to get agriculture workers on farm," Mr Walsh said.

"it fails to understand it'll be all over for our farmers if they can't get the fruit off the trees in time.

"Not only that, but consumers will pay more at the checkout at Christmas because of the government's pig-headed incompetence."

But Ms Symes continued to claim the best way to tackle the seasonal labour requirement issue was to have a national approach.

"The federal government should be considering all options to streamline access to a local and international workforce for the agriculture sector," Ms Symes said.

"I'll continue to ask a disinterested Mr Littleproud to look at expediting the approvals processes of the Pacific Mobility Schemes, and urgently explore other levers he can work with his federal colleagues to pull."

Industry had told the government it needed a mixture of local and international workers to ensure this season's harvest.

The government was listening to their needs, so they could start getting international workers on to farms, while making sure as many Victorian jobseekers as possible had every opportunity to take up the jobs that are available in agriculture.

The Victorian Government continued to work with the Northern Territory Government to explore the possibility of interstate quarantine arrangements for international seasonal workers.

The Northern Territory quarantine camp arrangements would be ideal for workers coming from the Pacific Islands, en route to Victorian farms.

"I am pleased that all First Ministers recognise the importance of agriculture sector and the need to make sure we have the workers here and ready to pick the fruit," Mr Littleproud said.

"We know there are 22,000 pre-vetted workers from the Pacific available to help with harvest.

"I urge state Agriculture ministers in particular to work with their Chief Health Officers and Premiers' to expedite their current efforts to bring more Pacific workers into Australia as quickly as possible."

Since the SWP and PLS recommencement in August, more than 1000 workers had arrived to the Northern Territory, Queensland, New South Wales and Tasmania.

"I will be writing to my state counterparts supporting todays outcome and urging them to work with their industry and their health authorities to promptly bring forward bilateral arrangements," Minister Littleproud said.