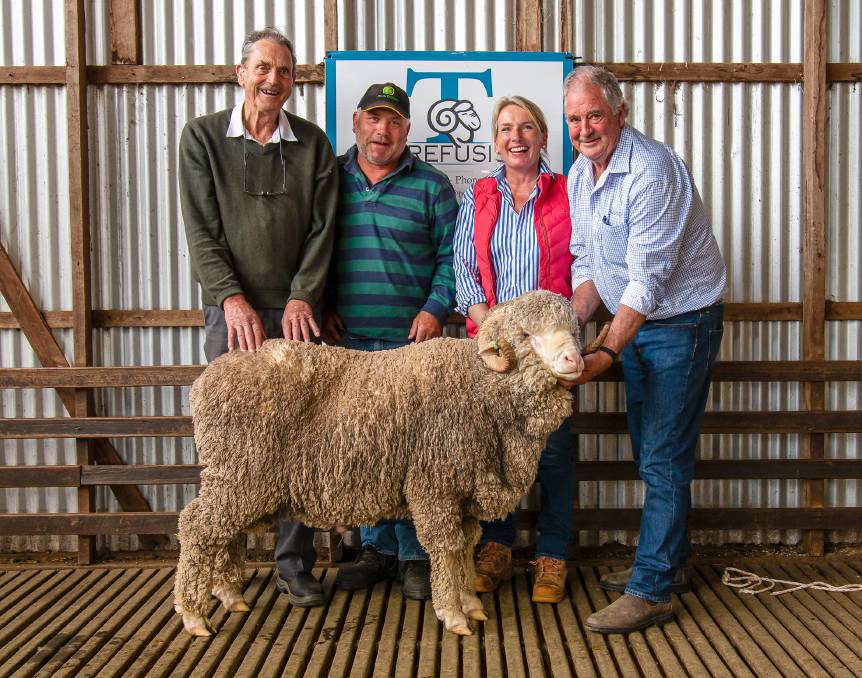 Without Victorian visitors, locals bought the complete catalogue at Trefusis in Tasmania.

Stud principal Georgina Wallace, said the coronavirus restrictions on Victorian travelling to Tasmania had an impact on the sale.

She said locals had stepped in the buy with exceptional support coming from repeat clients as well as new buyers.

It was a huge change from the 2019 sale when 36 rams were bought by Victorians.

The 2020 sale average was slightly higher than the 2019 sale, with a slightly decreased clearance at auction.

Ms Wallace said there was keen interest from locals in the remaining rams.

She said Tasmania had experienced one of the wettest winter-spring periods in many years but the rams had come through extremely well.

"The rams still displayed the well crimped, bright, white wools that we want them to in these times," she said.

The sale was interfaced with AuctionsPlus and this would continue in coming years to market the stud to a wider audience, she said.

On the maternal side, the ram was out of a ewe that would be part of the stud's embryo transfer program that would start in 2021.

The buyer was a return client who targeted the higher end of the catalogue.

One of the volume buyers was Mick McMahon, Brambletye, Conara, Tasmania, who bought 15 rams from the catalogue after buying 10 rams at the 2019 sale.