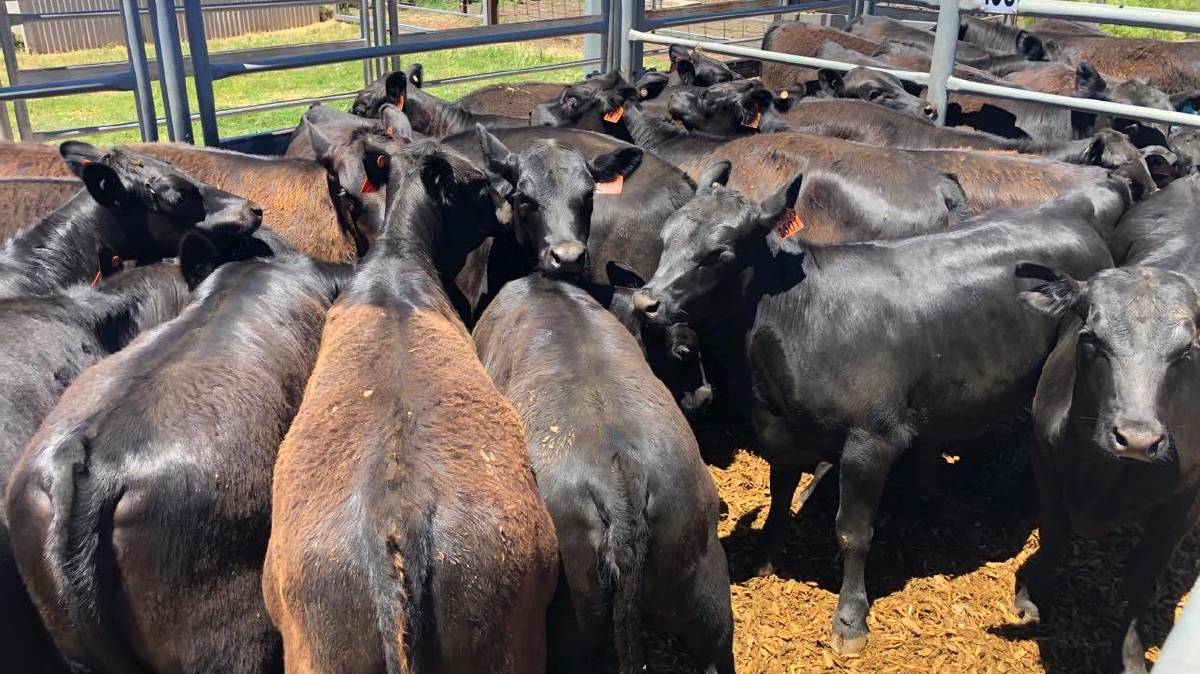 Weaner heifers sold above 500 cents a kilogram at Kyneton on Wednesday in a market where feedlotters, restockers and processors battled for cattle.

"It wasn't at the extreme levels we've seen at Ballarat and Yea recently," Mr Coxon said.

"We're starting to see the first runs of our autumn-drop weaners come in so the quality of the yarding was very strong."

A feature line was a draft of 100 Angus weaner mixed sex calves, 10 to 11 months, forwarded by Bassett & Roberts, Glenhope.

The top two pens of the steers were bought by Hopkins River Beef and the heifers went to local restockers.

McGrath Rodwells Livestock manager Kieran McGrath said the sale was a "tad cheaper" on some of the cattle that were not as well-bred.

"It was particularly a strong result though when you see what the fat market has done this week because it's got a bit cheaper everywhere," Mr McGrath said.

Landmark Kyneton livestock manager John Robson was also pleased with the result of the market.

"I don't think it hit the extremes that other markets have hit in the last few weeks but it was very, very strong," Mr Robson said..