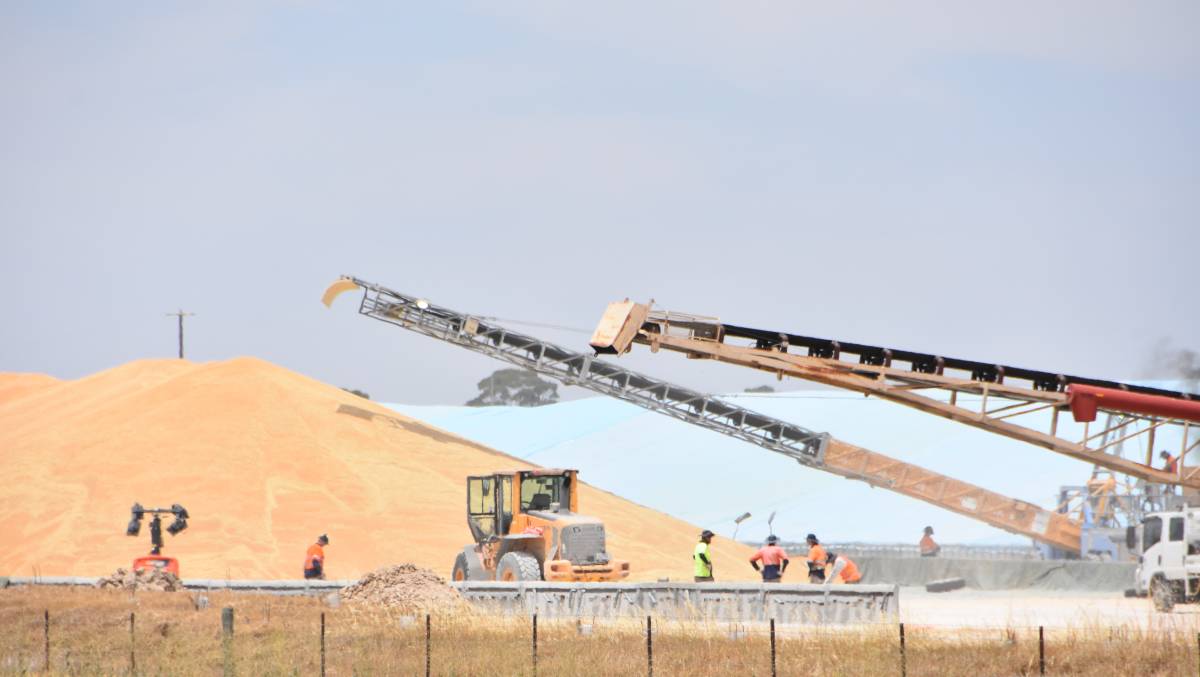 It has been a big year for grain production in eastern Australia this harvest. Photo: Gregor Heard.

It may be cheaper than Russian wheat, but Aussie wheat values are still at historically high levels for a non-drought year.

SLIDING basis levels mean that Australian wheat prices are now cheap on the world stage, but the surge in global grain values over the past couple of months means farmers are still happy with values as the 2020-21 crop comes off.

Port prices for APW quality wheat right across the country are generally in the $290-300 a tonne mark, a historically solid price for a non-drought season.

Intense international demand, especially from China, right across the grain complex has pushed values up, meaning in spite of the good prices in Australia other origins, such as wheat from Russia and Ukraine is more expensive into key markets such as south-east Asia.

"It is good for the exporters, they are very competitive at current values and finding plenty of interest," Mr Gorey said.

"We are especially well placed into those areas where we have a freight advantage such as south-east Asia," he said.

"This will be good news with the large exportable surplus currently being harvested."

Mr Gorey said that while Australian wheat was not the dearest in the world farmers would be unlikely to be holding back from selling.

"Many will have good yields and the prices are still well above average so they will be happy to take the opportunity."

Mr Gorey said he felt the current sellers' market meant the current trade tension with China was not quite so influential.

"If there was ever a good time for this sort of thing to happen it is probably now when there are a lot of other buyers in the market, rather than when there is a lot of grain around and it is less easy to find alternatives."

"The good news is that they are still very willing to buy Australian wheat, they still like how it performs, but what we see here is that the same quality of wheat is often now available out of the Black Sea," Mr Weidemann said.

"Previously, the quality from these type of producers was not quite as good as ours, but with improved farming methods that is no longer the case."

"We're going to have to work hard to promote our product and to differentiate it from the others, which is why we are looking for government for funds to help develop new markets and to continue to demonstrate to our existing customers the advantages of using Australia grain."

"The Australian industry cannot continue this thinking that our grain is inherently superior to our competitors and that it will always command a premium, it may have once been the case but a lot has changed both in farming and milling practices and we are just not going to be able to ask for prices above the world value and consistently get the business just because we are from Australia."

Mr Weidemann agreed with Mr Gorey that farmers were pleased with the prices.

"They are not looking at whether we are the dearest wheat in the world, they are looking at the price at the silos and the amount of grain they are growing and seeing it translate to pretty good gross margins," he said.