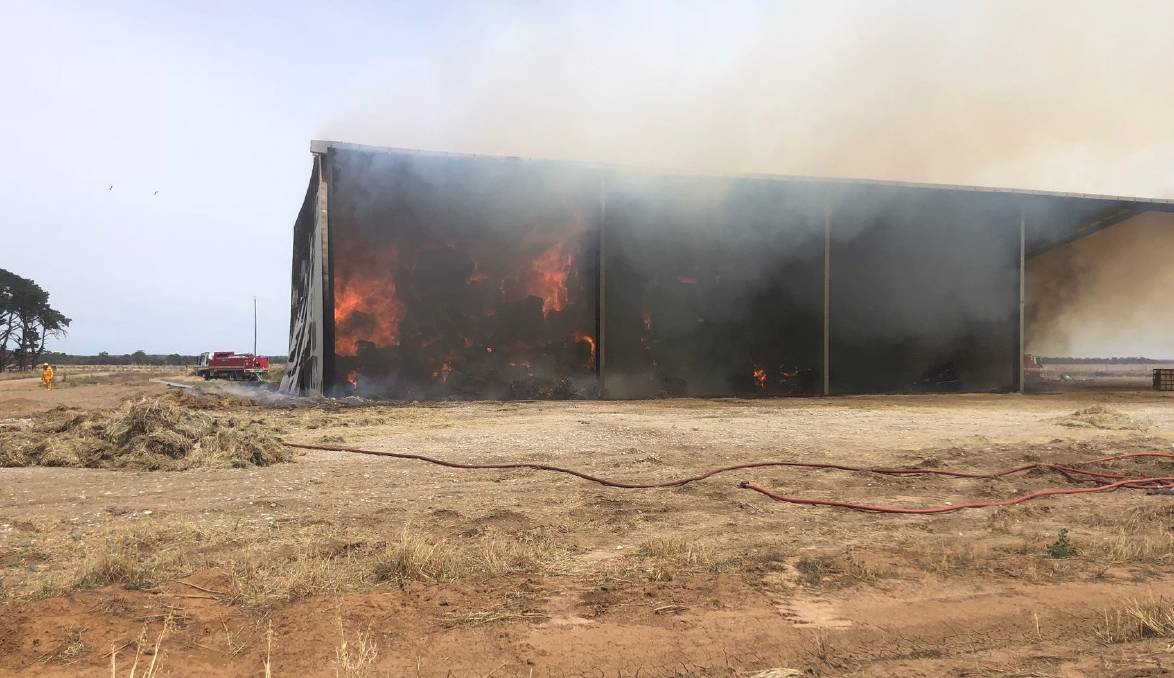 WARNING: The CFA has warned farmers to ensure haystacks were prepared well and bales were stored safely. File photo.

A number of fires involving haystacks has prompted a warning to farmers from the CFA.

Over recent weeks, regional Victoria has experienced spring growth of pastures and crops, and in light of brigades being called out to a number of fires, the CFA issues a warning to farmers to exercise caution when harvesting as well as cutting, baling and storage of hay.

"We are urging all Victorians to take care of their hay and crops this bushfire season. Fodder conservation and storage is a vital and valuable component of the year-round farming operations," CFA District 18, Acting Assistant Chief Fire Officer (ACFO) Rob McNally said.

"If hay is stored in a shed, ensure air can circulate around the haystacks, monitor stacks on a regular basis, check for heat levels and avoid walking on stacks in case they collapse due to internal heating," he said.

"If not monitored, haystacks pose a fire danger which could occupy crucial firefighting resources during Victoria's bushfire season. When a haystack ignites, depending on the size of the stack, it can remain burning and smoulder over a long period and CFA crews are often required to monitor it for several days to make sure it doesn't spread."

Mr McNally said spontaneous combustion could occur when hay had either not properly cured before baling, or not stored to protect it from rain or damp conditions, meaning moisture content in the bales was higher than the recommended level. This could happen to any hay bales, regardless of size.

After baling, farmers should check the heat and smell of the bales before stacking them into haysheds or large external stacks, and leave any suspect bales separate.

Mr McNally said haystack fires often started quite easily from lightning strikes, sparks from equipment and machinery, but a major source of ignition was spontaneous combustion of the hay bales themselves. Hot bales would often emit an odour like burning tobacco, and heat inside bales could be detected by inserting a steel rod or crowbar into the centre of a bale or stack of hay.

Studies had shown that heavier crops might likely cause more static electricity discharge, and therefore anyone cropping should be aware of the increased risk in heavier crops along with the need to maintain harvesters.

It is timely to consider a number of different ways such as using extra chains to disperse static electricity. In addition to this, harvesting away from the hottest and driest part of the day, carrying an adequate supply of water and if possible, having a water cart in operation are all good prevention techniques. Another way to prevent a possible fire, is to continually monitor and check the area you have already been over when harvesting.