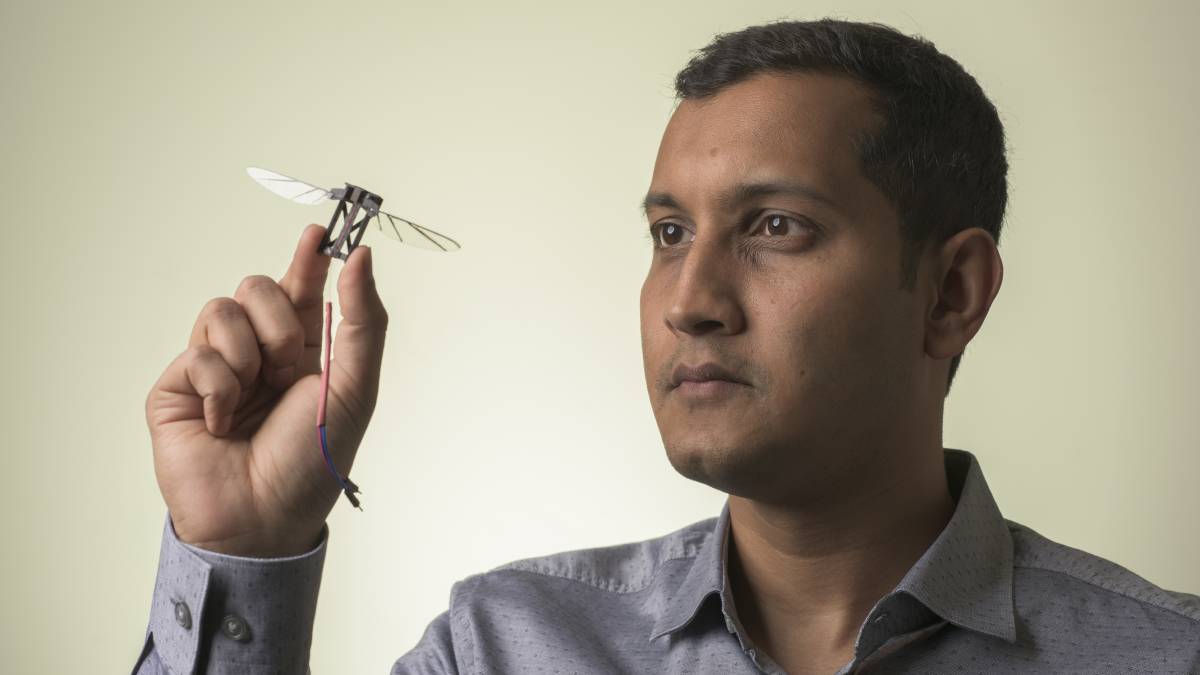 Bumblebees could hold a key secret to developing the next generation of autonomous drones.

A bumblebee may be no longer than an inch but its tiny brain - and ability to learn on the fly - could hold a key secret to developing the next generation of autonomous drones.

An international study led by researchers from UNSW Canberra found that when faced with an obstacle or small gap, bumblebees had an acute awareness of the dimensions of the gap and their own bodies and could re-orient themselves in a number of ways to pass through.

"Insects are fantastic models for robots because they have exceedingly small brains and yet they're able to perform overly complex tasks," he said.

"Our challenge now is to see how we can take this and apply a similar coding to future robotic systems, enhancing their performance in the natural world."

The research - a collaboration between UNSW, Bielefeld University, the Max Planck Institute, Brown University and The University of California - placed bumblebees in a tunnel with a series of gates featuring different sized holes, and examined how the bees sized up each hole and changed their flight path accordingly.

"Previous research had indicated that complex processes, such as the perception of self-size, were cognitively driven and present only in animals with large brains," Dr Ravi said.

"However, our research indicates that small insects, with an even smaller brain, can comprehend their body size and use that information while flying in a complex environment."

Bumblebees were chosen for the study because there could be a significant size variation between bumblebees even within the same hive - meaning rather than being hardwired to know how big it was, each bee was individually aware of its own size.

The bumblebees were also disadvantaged by their monocular vision: "Even though insects have two eyes, their eyes are spaced too far apart, so unlike humans they can't compare information to get an estimate of depth," Dr Ravi said.

That was where the bumblebees brought out their secret weapon - lateral peering.

And the bees would use the same principle when approaching a gap, moving their body from side to side to gauge and process its width and depth.

Bumblebees weren't the only insects useful to developing drones and other robot technologies - because of their small brains, insect behaviour of all sorts was perfect for mimicry in robots.

"A very good example is on any given day you open a bottle of wine and all of a sudden you will see a fruit fly from out of nowhere tracing the bottle," Dr Ravi said.

"This is a classic example of an insect that is extremely tiny but so attuned to tracking it can teach us how to perfect a system to track and trace."

This understanding of the bumblebee will be key in developing drones and autonomous vehicles in the future.

The story Tracking flight of the bumblebee to develop better drones first appeared on Farm Online.