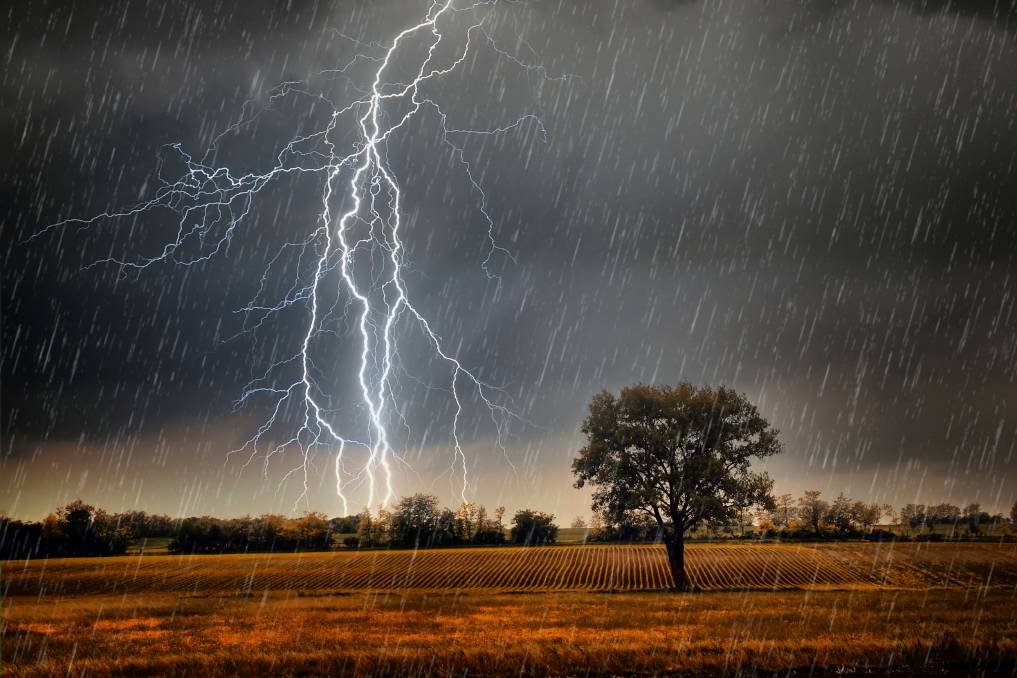 Storms were a hindrance to harvesting operations in parts of the state last weekend and more rain is expected this summer due to a La Nina pattern.

Storms were a harvest hindrance this week and more wet weather is expected for summer.

Thunderstorms affected most of Victoria on Sunday, with isolated severe thunderstorms about the south and west - including the northern suburbs of Melbourne.

Central Victoria recorded significant rainfall in the 24 hours to 9am on Monday.

It was the wettest November day in years for a few weather stations west of Melbourne.

Meredith and Ballarat Aerodrome had their wettest November days since 1978 and 2009, respectively, and the Mallee and north central areas recorded 2-8 millimetres of rain.

Spring rainfall is on-track to be close to average for much of western and northern Victoria, tending to above average in the south west.

But it has been a drier than average season for parts of the south east.

Looking over the borders, western New South Wales and much of South Australia have had a wet spring.

Overall, both day and night temperatures have been much warmer than usual for Victoria - with parts of the east on-track to record their warmest spring average minimum temperatures.

The rainfall outlooks for December and summer - in the months from December to February - show above average rainfall is likely across the mainland of Australia, including Victoria.

Average day and night temperatures are likely to be warmer than usual this summer for Victoria.

Average night temperatures have a greater than 80 per cent chance of being warmer than usual over most of Australia.

The main driver for the widespread wet outlook is the La Nina in the Pacific, which is likely to persist until at least the end of February 2021.

La Nina typically increases the likelihood of above average rainfall across much of northern and eastern Australia during summer.

Meanwhile, the Indian Ocean Dipole (IOD) is neutral, and sea surface temperature (SST) patterns in the Indian Ocean are not reinforcing the La Nina in the Pacific as strongly as they did in 2010 - which was Australia's second wettest summer on record.

As of November 24, water storages in the Murray-Darlin Basin (MDB) are 62 per cent full, which is up 23 per cent from the same time last year.

In 2020, there has been the highest increase in water storage levels across the MDB since 2016.

There have been increases in both the northern and southern MDB.

Water storages in the south east coast - which covers southern and eastern Victoria - have risen 8 per cent in the past year to 48.4 per cent full.