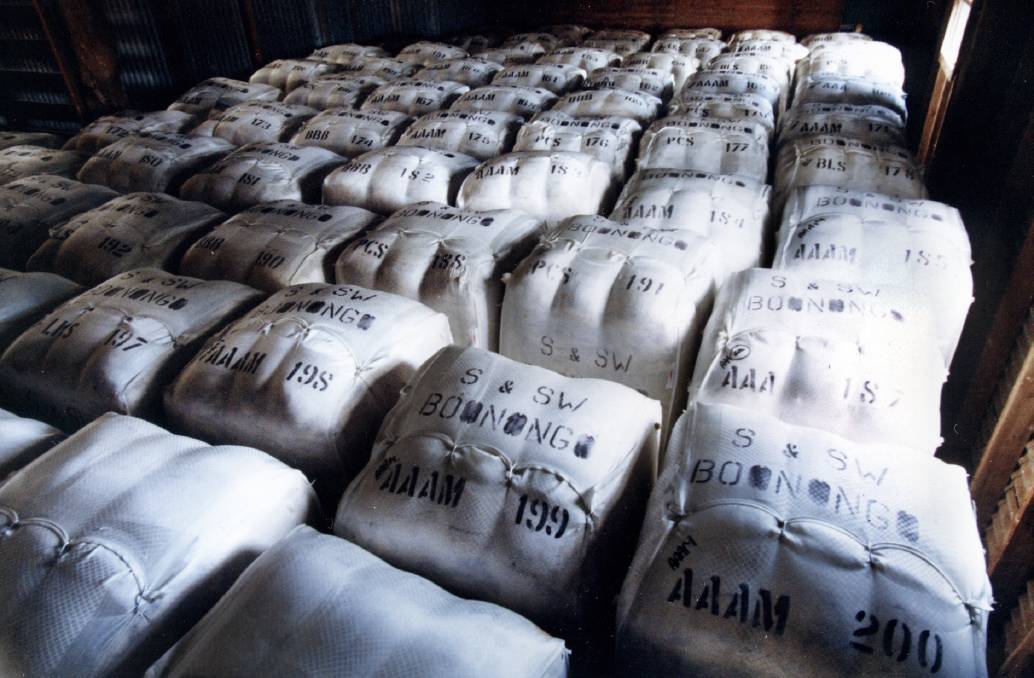 Values for Australian wool have fluctuated in the past month, hovering between 1219 and 1159 cents a kilogram, and a retail resurgence is required to boost sales.

After rising from mid-September for four weeks, Australian wool prices have been more volatile - and dipped a little - in the subsequent four weeks to November 20.

This is, in part, due to the return to a more typical seasonal increase in auction volumes, and some caution among wool textile mills about retail sales during the coming autumn and winter months - and what that may mean for demand throughout the wool textile industry.

Better retail sales in autumn and winter will help to allay these worries.

This slippage has been, in part, due to the return to a somewhat more typical seasonal pattern of auction offerings in November - after lower-than-usual volumes in October.

Even though wool offerings in the past four weeks have been only a little below those of a year ago, the Australian Wool Testing Authority (AWTA) tested 18 per cent less wool by weight than in October 2020.

This large drop continues the 'yo-yo-ing' seen in the weight of wool tested so far this season, after a lift in September that was preceded by falls in July and August.

The drop in October seems to be, in part, due to wet weather holding-up shearing in some areas. There are also reports of a shortage of shearers and shedhands due to COVID-19 restrictions on travel across state borders and from New Zealand.

For the season to date, the weight of wool tested was down by 11.4 per cent.

Despite this decline in the total, the weight of wool tested in the 21 to 24-micron range increased by 16 per cent this season to October, compared with the same period in 2019-20.

The broadest micron range - of 29-micron and broader - has also recorded an increase of 18 per cent, albeit from a low base.

In contrast, the weight of wool tested of 18.5-micron and finer was down by 23 per cent.

Demand at retail level will be crucial for the wool auction market in coming months.

We are into the second month of the autumn-winter retail season in the Northern Hemisphere, which is the most important for sales of wool clothing.

So, it is time to take stock of how consumer confidence and retail sales are shaping-up in the major wool consuming countries in the Northern Hemisphere.

Consumer confidence in the major wool consuming countries has mostly recovered from the initial hit earlier this year caused by the COVID-19 pandemic.

Consumer confidence 'fell off a cliff' in most countries in March and April, when the COVID-19 pandemic started.

The exception was China, where consumer confidence dipped but did not slump like elsewhere.

Since May, consumer confidence in the US, Korea, Japan and the European Union has staged a solid recovery - although, this has been volatile in the US and dipped in the EU in October.

Of the major wool consuming EU countries, retail buyers in the UK and Italy are the least confident. This is no surprise, given that these two countries are being hit hardest by the second wave of COVID-19.

Consumers in Germany are more confident and those in Japan and South Korea are becoming increasingly confident, helped by a better management of COVID-19 in those countries.

This may change in Japan, where a second wave of COVID-19 infections is building momentum.

These weak, but recovering, consumer confidence levels translate into some improvement in retail sales of clothing for some countries - but not all.

There are some tentative signs of improvement in the US, China, Japan and South Korea.

But the decline in retail sales shows no sign of abating in the UK, and retail sales in France and Italy appear to have bottomed-out.

Despite an improvement, the growth rate of retail sales of clothing in China - the world's largest retail consumer of wool clothing - is still negative on a 12-month moving average basis.

A positive factor is that one of the major shopping events in China - and which is increasingly being adopted around the world - Single's Day, on November 11, broke sales records for the major retail trading platforms, including JD.com and Alibaba.

This provides hope that the recent moderate improvement in clothing retail sales in China is starting to gather momentum.

Growth in clothing retail sales is negative in the US and three of the four major wool consuming countries in Europe.

Black Friday - a traditional major retail sales event which started in the US and has now gone global - is on November 27.

Hopefully this will result in a significant boost in retail sales, and provide momentum as we head into the remaining two months of the autumn-winter season.

The poor clothing retail sales seen this year are obviously a major reason for the reduced demand throughout the global wool textile industry, and a key driver of the still weak and uncertain raw wool demand.

Hopefully the tentative signs of recovery of retail sales can continue in the autumn-winter season, which will help boost confidence among wool textile businesses.

Although, the second wave of COVID infections in Europe and the US may stymie this recovery without the release of an effective vaccine sooner, rather than later.