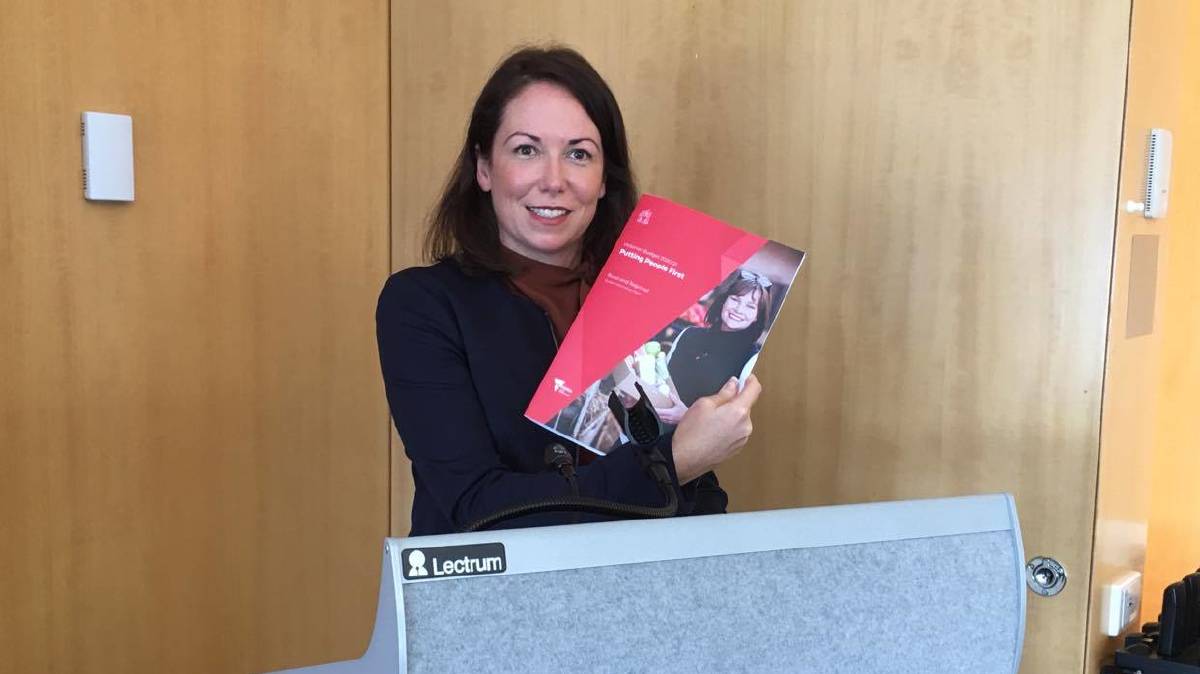 BLUEPRINT: Victorian Agriculture Minister Jaclyn Symes unveiled the $115 million plan for agriculture in Melbourne on Tuesday as part of the Victorian budget for 2020/21.

What farmers need to know about today's budget.

Recovering global export markets - including China - are among the big ticket items for agriculture announced in today's $49 billion Victorian budget.

"With this budget, we're investing in our producers and growers, making sure this integral part of our state and economy remains strong," Mr Pallas said.

The funding will establish the creation of an AgTech Regional Innovation Network and a Pathways to Export program to take advantage of recovering global markets, including China and South East Asia.

The investment is expected to help develop and deliver better infrastructure across the supply chain, unlock new technology and innovation and boost energy efficiency on farms.

Agriculture Minister Jaclyn Symes described Victoria's agriculture industry as the "powerhouse of the nation" and said the budget was fundamentally about attracting jobs and new investment as the state recovered from the pandemic.

"Obviously China is our biggest customer, a very important customer, and we'll continue to have a good relationship with China, putting aside obviously tensions at the moment that we are working through," Ms Symes said.

The state government has projected Victorian exports to fall by $10.3 billion by the end of 2020, prompting it to establish a $32 million Export Recovery Fund to help with virtual trade missions and sure up new opportunities and markets for exporters.

However, Ms Symes said the state government was also "keen to diversify" its export opportunities.

"We obviously as a state have a lot of trade and investment centres around the world and some of those important markets are really interested in the quality produce, the green produce that we make here that is world-renowned," she said.

"The likes of Vietnam, India and particularly in South East Asia, they are markets we are very keen to explore and help our exporters access those markets."

The second part of the $115 million agriculture plan, which was announced last week, will include $50 million for accommodation and facility upgrades to regional agricultural training facilities including Longerenong College, The University of Melbourne's Dookie campus and Marcus Oldham College.

Related: Opinion - Victorian budget is the time to deliver for agriculture

The state government said the budget would account for about $8 billion spent in regional Victoria.

Other big spend items in the Victorian budget for agriculture and regional Victoria include:

"Exporters have been hit hard with the downturn in international travel," she said.

"Obviously agricultural products often travel in the passenger planes so making sure we're identifying all pathways to facilitate future export opportunities for our agricultural sector so that it can grow and importantly employ more people in country areas."

Part of the $626 million for the Digital Future Now initiative will fund a six-year $300 million program to eradicate black spots in populated areas in regional Victoria, however, it is dependent on a co-contribution from the federal government.

It also includes $250 million to co-fund business-grade broadband connectivity for regional towns under the Gigabit State program, with regional areas which currently rely on satellite and fixed wireless services to be upgraded to "metropolitan-grade services".

"Gigabit State will address gaps in the availability of reliable high-speed fibre optic and wireless broadband services for businesses and users - helping them find new customers and new markets," the government said.

Road and rail accounts for $4.7 billion

Country roads are among the big ticket items in this year's budget, with $300 million allocated for a road maintenance blitz across regional Victoria, including routine work and road surface replacement.

A further $17.4 million has been allocated to upgrade freight routes for farmers and processors in Victoria's south-west dairy supply chain, while $241 million will be used to duplicate the Princes Highway East between Traralgon and Sale at Flynn and Kilmany.

Regional passenger and freight networks will receive a slice of $188 million, under a plan to improve reliability, punctuality and safety across the state.

Long-term recovery and support for regional areas affected by the summer bushfires has also received funding, including $124 million to ensure the ongoing work of Bushfire Recovery Victoria, an agency charged with working directly with the likes of communities in East Gippsland and the north-east.

More than 1400 kilometres of fuel breaks across Victoria will also be funded in the budget, targeting the highest priority risk areas which coincides with $46 million for the recruitment of additional firefighters and equipment.