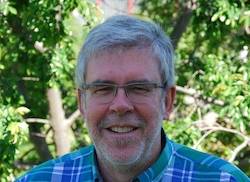 Wheat futures continued to drift into the end of last week.

Wheat futures continued to drift into the end of last week. In part, it is a seasonal move in that as winter sets in in the northern hemisphere, there is little new weather outside extreme cold to drive the market. As well, the large Australian crop is beginning to bear down on the market, particularly as we get further into harvest without serious weather delays or damage.

At the end of last week, we had just had eight trading sessions in a row with December futures closing below 600 US cents a bushel. In that period, the lowest close was 588.25 USc/bu, and the best was 598 USc/bu. The intra-day low of 580.25 USc/bu set the week before was not challenged.

There are headwinds for wheat on the demand side if COVID-19 closures and restrictions limit travel (and reduce demand for biofuels, particularly in Europe), but the winter season in the northern hemisphere sees less car movement anyway, so the impact won't be as great as it would be during summer. 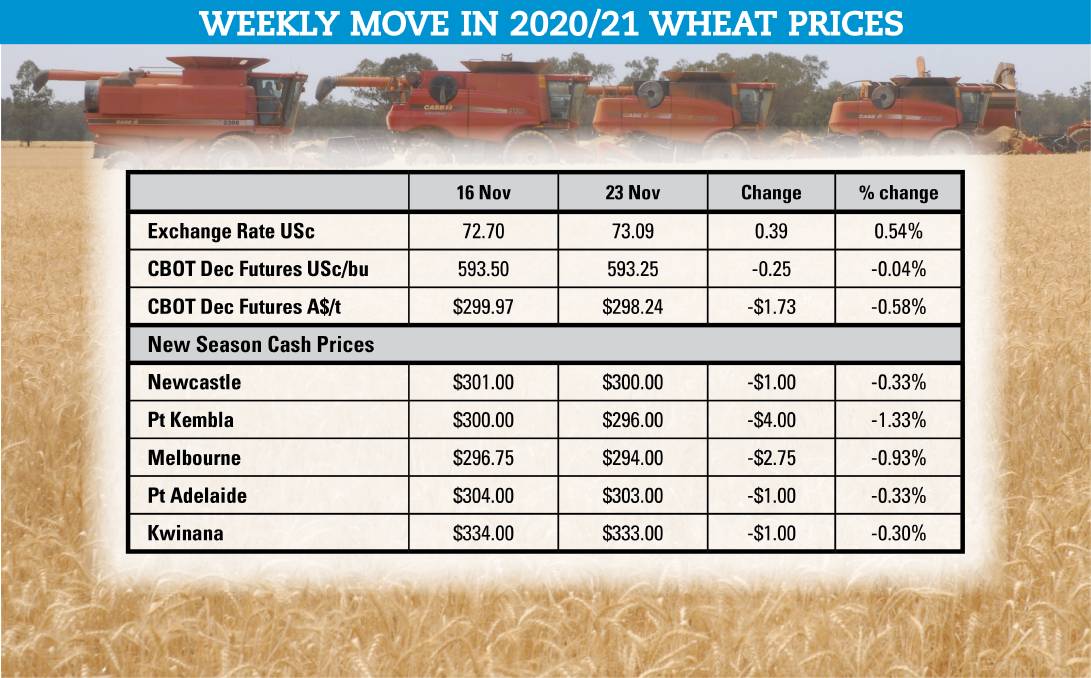 On the other hand a smaller EU corn crop could see more wheat diverted to industrial and feed use, while COVID-19 lockdowns may spur a lift in flour use as people stay at home and bake for themselves, and as major importers maintain their purchases to prevent being caught if supply chains close down from COVID-19 restrictions.

On the weather front the impact of the dry season in the US and the Black Sea is largely priced into the market. However, the immature Russian crop is being hit with sub-zero cold conditions, although warmer weather and rain is forecast for southern Russia over the next fortnight.

The big crop in Australia is having an impact as well. With exports to China off the menu, and a large crop to move, Australia is hitting Asian and South East Asian markets hard. This in turn is pushing Russian wheat out and increasing their need to move exports into markets against EU wheat.

This is where the reduced supplies available for export from the EU come into play. That should allow the Russian exports to find a home.

At the same time Russian officials are going to meet again this week to review their export quotas and tariffs. Their current arrangements were not seen as impacting the market too much, but any changes will be watched closely.

It will be their assessment of the 2021 crop that will probably guide any decisions about Russian exports for the 2020/21 season. If production from the new winter wheat crop appears to be in danger, the Russians are likely to limit exports a little more to ensure that domestic wheat prices do not move too high for their consumers.