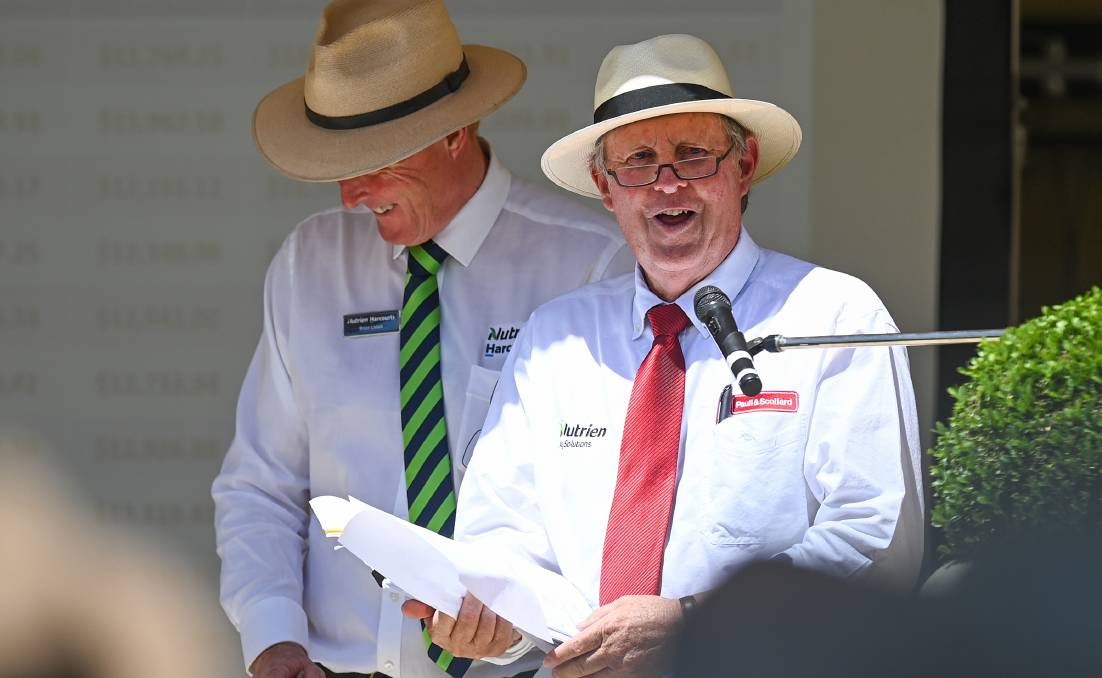 Two top-shelf properties belonging to the late Arthur Trethowan sold at auction on Friday for a combined figure of close to $30 million.

Culbara, consisting of almost 3200 acres, at Woomargama sold for $19.7 million and another 1000-plus acre property near Culcairn known as Arthurs sold for $9.55 million.

Both properties were the subject of spirited bidding at the auction conducted by Paull & Scollard-Nutrien at the Albury Club in front of a big crowd.

The Sorraghans also own the nearby Mountain Creek Estate which they purchased in the late 1980s.

Bidding for Culbara opened at $13.5 million with the eventual selling price equating to more than $6000 per acre.

Arthurs attracted an opening bid of $5 million and finally sold for almost $9000 per acre. In his opening remarks, auctioneer Mike Scollard said properties such as Culbara, which had been owned by Arthur and Jean Trethowan since 1986, were keenly sought after.

"Properties like this one don't come up every day," Mr Scollard said.

"It is in a fantastic location, the market is strong, we are having a wonderful season, you've got everything at your finger tips.

"The scale of the property is exceptional and it is also a beautifully balanced property.

"The other noticeable thing about the property is it being in a reliable rainfall area."

"Arthur Trethowan was a bit of a legend in his own right and his properties were very, very widely known," Mr Liston said.

"We were very honoured to be able to present them both for them.

"The results have well and truly exceeded our expectations."

He switched from sheep to beef when he bought Culbara where he bred and fattened Herefords into his 90s.

Meanwhile, historic Meramie will go under the hammer in Kiewa Street, Albury on Saturday.

Agents Stean Nicholls will conduct the auction which follows unsuccessful attempts to demolish the property and build townhouses.

Albury Council, which knocked back the townhouses plan, recently briefly considered buying Meramie before opting out of negotiations.

The story The late Arthur Trethowan's properties sell for $29 million first appeared on The Border Mail.