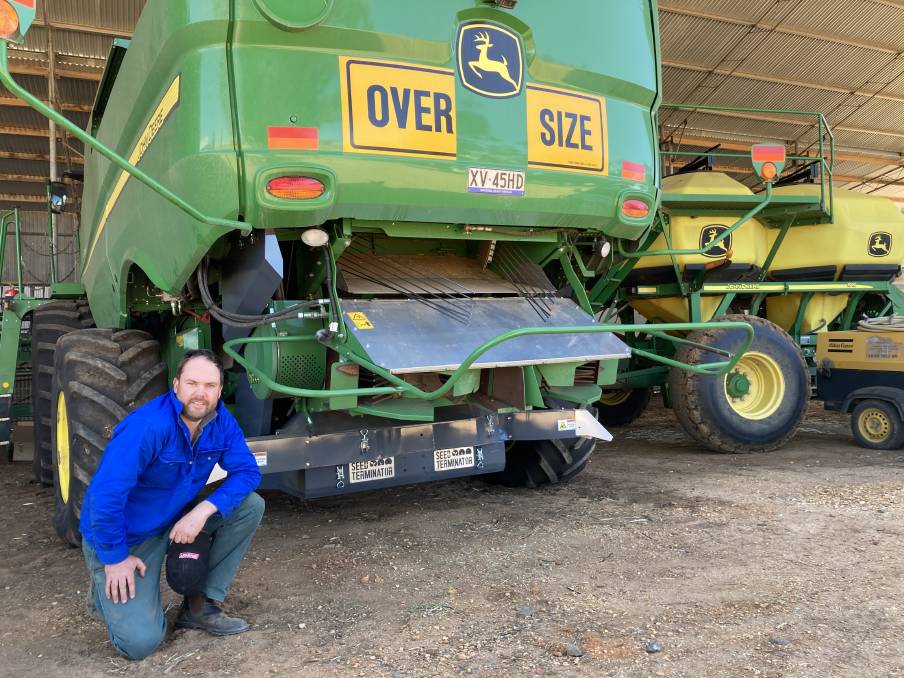 NEW TEAM MEMBER: Ned Jeffery has joined the Seed Terminator team and will be based in Seymour, Victoria.

Seed Terminator has appointed a commercial manager who will focus on expanding the company's footprint in the eastern states.

Seed Terminator is aiming to expand its footprint in the eastern states with the appointment of Ned Jeffery as its commercial manager.

Mr Jeffery is probably best known for setting the "unofficial" Australian record for the most grain harvested in a 10-hour work day.

"The story is probably getting a little old now and a lot of things didn't go our way that day but I still haven't heard anyone put their hand up and say 'we've done better than that'," Mr Jeffery said.

"I actually wish they would as agriculture needs productivity gains anywhere we can find them."

Mr Jeffery, who will be based in Seymour, Victoria, has previously held senior management positions across leading truck, transport and farm machinery brands.

Put simply, the Seed Terminator is a mini hammer mill that is retro-fitted to the back of a combine harvester and pulverises weed seeds as they leave the header to prevent them germinating.

The Seed Terminator was invented by Kangaroo Island farmer Dr Nick Berry who has founded a company of the same name to market the machine.

"I've been fortunate to represent premium brands and support 'Australian made' throughout my career," Mr Jeffery said.

"And Seed Terminator is no different, why buy something second rate from overseas when a quality product is available right here?"

Mr Jeffery said new ideas have traditionally been tricky to implement because farmers tended to stick with the tried and tested way. However, changes were coming, he said.

"Generational changes have obviously always occurred but farmers today are expecting their children to work elsewhere or undertake ag courses before returning to the family farm.

"More than ever, they are wanting to test their new knowledge and not just do what dad does.

"Pending regulatory changes across the globe are also playing on farmers' minds. While everyone says 'it'll never happen here', there is increasing probability that glyphosate and similar herbicides could eventually be phased out.

Paul Sandercock, CEO of Seed Terminator, said he believed Australian farmers were reading the tea leaves at a good time.

"Our machines are doing the job and farmers are reaching out to us. We want to help and we are seeing the results.

"Being able to attract such highly qualified staff, it really is the final proof we're heading in the right direction."

The story Seed Terminator looks to expand its footprint in the eastern states first appeared on Farm Online.