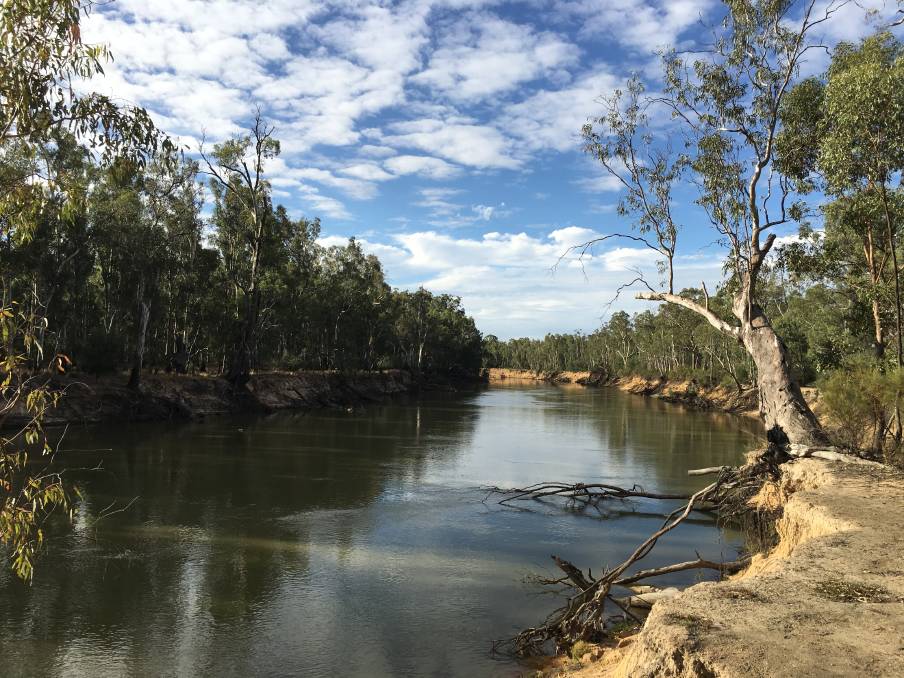 WATERWAYS CAMPING: The Goulburn River, one of many waterways, which would be opened to camping on crown land leases that run along its banks.

Government engagement on waterways camping viewed as a positive sign.

The Shepparton vet, who started the petition opposing opening up crown land leases on Victoria's waterways to camping, says he's pleased it appears there'll be further consultation on the changes.

Angus McKinnon said he was happy the government had agreed to push back the starting date for the changes to Land Act 1958 until September, next year.

Mr McKinnon said it was a positive sign that the government was going to engage with landholders.

"I honestly think the government will be surprised at the depth of feeling from landholders," Mr McKinnon said.

"It gives everyone time to breathe and think about the ramifications."

He said he was very disappointedwith the support for camping on crown leases by Shooters, Fishers and Farmers Party Northern Victoria MP Jeff Bourman.

"I would make the point that Jeff Bourmann should change the name of his party," Mr McKinnon said.

"He should drop the farmers, because he is certainly not helping farmers."

The petition, which gathered 3167 signatures, called on the Legislative Council to drop clause 49 of the proposed Parks and Crown Land Legislation Amendment Bill 2019, which removes the existing prohibition on camping on licenced water frontages.

Mr McKinnon said he was also concerned about the oppostion's push to amend the bill.

"(Liberal Southerm Metropolitan MP) David Davis presented an amendment, which said landholders had to be consulted and agree to camping on their crown land leases," Mr McKinnon said.

"We've been through that - clearly landholder permission was never going to be something that was enforceable.

"If you had a recalcitrant landholder, and they said 'no' 10 times, there is nothing the camper could do about it."

He said the whole process should be managed by the Department of Environment, Land Water and Planning.

"If I refused permission, on multiple occasions, to a perfectly reasonable request at perfectly appropriately times of the year, I need to be disciplined, somehow," he said.

"That's not in the spirit of the rules.

"To put forward a motion that said the farmers need to agree, was never going to carry."

He said all farmers wanted was input on when, and where, camping could occur.

"We want input about the time of the year, if we are calving in those paddocks, we might want people to go through another paddock, if there is a fire risk, then nobody should be there on fire ban days.

"Other than that, they have a right to visit those places - if the campers don't do the right thing, they have to be accountable as well.

"What we said, all along, is accountability is the key

"Farmers need to know, all along, who is there and how long for; and if there is a problem there is a system of accountability."

He said neither campers, nor farmers, should have a problem with accountability.

Mr McKinnon said there were already designated camping sites on some rivers, which had toilet facilities and other amenities.

"Everyone has a great time, and it doesn't bother anybody," he said.

"If you have gazetted areas, where you have rubbish collection and toilet facilities and you have a manageable system, it will work.

He thanked the Victorian Farmers Federation for its role and said he wanted it to remain "actively politicking.

"I do see that as an absolute key, because they know the system."

He said he was concerned that potential campers would have to walk across his private land, to get to the creek.

If he tried to walk across Premier Daniel Andrew's property "I would probably get shot," he said.

"It's the same as anyone else's place, it doesn't send the right signals, does it? Mr Paton said.

"I know you are supposed to registered, but who's going to do that?."

He said governments put plans out to the public, "to see what sort of flak it attracts."

"Do I get a refund for my 99 year lease on my unused roads and my creek frontage, because someone else is coming on to the land?

"Do I charge them the same amount as what I pay for the unused roads and frontage?"

"Then there is always the problem if someone gets hurt - or worse. I let them go in there, to swim and camp on my creek frontage, and someone drowns.

"The insurance companies then come looking."

Mr Paton said there were also concerns about problems with rubbish and biosecurity.

"I just don't think it's a good move, governments are not for rural people."

Dane Martin, who manages 27 kilometres of Macalister River frontage on Glenfalloch Station and 17km on the Ovens River, said he wanted to see some more clear direction, on the proposed regulations.

"None of it is very practical," Mr Martin said.

"This whole bill will become totally unworkable, if they don't come up with some sort of guidelines that take into account farmer's vulnerability.

'One of the problems is that they haven't really consulted anybody."

He said many groups were very nervous about the legislation.

"It's got to be totally supervised, by government," he said.

"If they wanted it, they have to foot the bill for fencing off certain areas and providing for waste collection.

"There need to be rules and regulations as to who can go where."

Opposition Environment spokeswoman Bridget Vallence said it was "incredibly disappointing" the government and its "crossbench mates" had ganged up to allow unrestricted camping on licenced water frontages.

She said the government had ignored growing community opposition and the risk to native habitats, biosecurity, fire and pollution.

"The government conceded that it had failed to consult directly and widely with those most affected before passing these new laws - farmers who hold licenses with the state on these water frontages and environmental groups like Landcare," Ms Vallence said.

The government scrambled to win over crossbenchers, by rushing through late amendments in a desparate bit to save their "hopeless legislation," she said.

"The Liberal Nationals fought hard to make sure farmers had a say, and for genuine public consultation to occur with local communities and environmental groups," Ms Vallence said.

"Labor and crossbenchers arrogantly ganged up to deny this."

She said the opposition supported more Victorians enjoying fishing and camping on public land but also wanted to safeguard native habitats on water frontages and protect farmers, their livestock and crops.

Ms Vallence said the opposition listened to the concerns of farmers and environmental groups and attempted to pass an amendment requiring the legislation be put on hold for six months, to allow proper community consultation.

It also moved an amendment that would give farmer licensees a say requiring campers to obtain permission before setting up camp and campfires.

After community backlash, the Labor Government had been forced to push out the date when campers can begin camping on licensed water frontages from December 1 to September 1, 2021.

Eastern Metropolitan Labor MP Shaun Leane told Parliament he hoped the extended consultation would alleviate some of the concerns, raised about the change.

"But I would say that on these licensed riverfronts, the section of them which we are actually debating, has been Crown land, and there have always been a number of activities that have occurred on these stretches of land on riversides, including picnics, fishing and other recreation activities," Mr Leane told parliament.

"So the only addition to land that has not got exclusive use for the licensees and never has had is the ability to camp.

"There are no changes to any other acts that may govern the privacy, or not,of those licence-holders.

"There are no changes to the trespass law and other acts which could be a concern for the licence-holders.

"Basically what the bill is proposing under an election commitment from our government is that camping will be included on licensed land on riverfrontage."