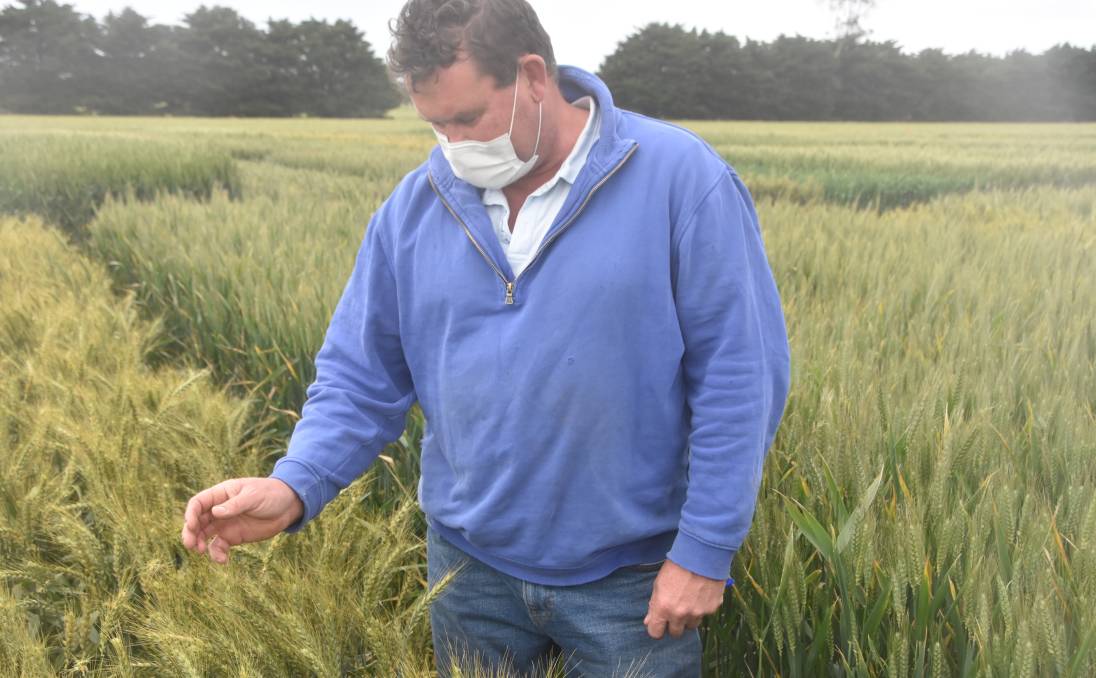 Farmers are one of the few groups to have experienced improved financial wellbeing since the onset of COVID-19 says new ANZ Banking Group research.

The research also revealed regional Australians had experienced a much smaller decline in their ability to meet financial commitments than their city cousins so far during the pandemic emergency.

The bank's latest quarterly Financial Wellbeing Indicator showed in the five months to August, farmers and farm managers enjoyed a 4.3 per cent lift in financial wellbeing from a score of 60.2 out of 100 to to 62.8.

Regional dwellers in general reported a decline in their financial security of just 0.7pc compared to an 8.6pc drop experienced by those living in capital cities.

Across the nation, Canberrans, West Australians and Tasmanians had the highest financial well being scores of 61, 58.3 and 57.6 respectively, with WA's result barely shifting from pre-COVID-19 levels of 59.7.

South Australia recorded the lowest score of 55.8, having dropped from 60.5 prior to the coronavirus pandemic.

However, again, in the bush the mood was less depressed, down from 63pc to about 58, compared to 56.5 in metropolitan Victoria.

Farm commodities are at record highs, driven by strong in demand for cattle, sheep and dairy commodities which can be partly attributed to panic buying during COVID-19 - Michael Whitehead, ANZ

Numerous reasons have been attributed to farmers' strong financial wellbeing this year, many of which were unrelated to COVID-19.

"They also have more grass for cattle and sheep, which means feed costs are also way down.

"At the same time, prices for a number of agricultural commodities are at record highs, driven by strong in demand for cattle, sheep and dairy commodities which can be partially attributed to panic buying during COVID-19, as well as strong export demand."

Other insights from the financial indicator, compiled in partnership with research firm Roy Morgan, showed the number of farmers who described themselves as "struggling" dropped more than seven percentage points, from 12.8pc to just 5pc.

Those who described themselves as "doing okay" grew 12pc points to 58.7pc.

The survey categorised respondents who were "struggling" as those who would describe themselves as having little or no savings and finding it a constant struggle to meet bills and credit payments, and also lacking confidence in their financial situation during the coming year.

Although farmers were part of a fairly select group who experienced improving financial circumstances in the five months to August, their 4.3pc lift in wellbeing score was relatively modest compared with labourers (up 10pc) and protective service workers (up 9pc).

Other employment groups in peak demand during the pandemic, were road and rail freight drivers, whose scores were up 5pc, and carers, up 4.2pc.

Farmers had also improved their savings buffer according to the indicator, increasing the amount of income held in savings from 8.2 months to 9.3 months.

With drought-related expenditure curtailed in many areas, the number of primary producers who said they had cut down their spending this year also increased from 64.4pc to 70.7pc.

Their attitudes towards money were also more conservative, with the proportion of farmers saying they prefered to invest in something with a safe return increasing 10 percentage points to 81.6pc.

The number wo felt they would like to be well insured jumped from 64.4pc to 77.1pc.

The ANZ Roy Morgan Financial Wellbeing Indicator is based on single surveys of 50,000 Australians over a year.

It assesses financial behaviours as well as the psychological, social and economic factors tied to financial wellbeing.