The stud had a total clearance at its spring bull sale. 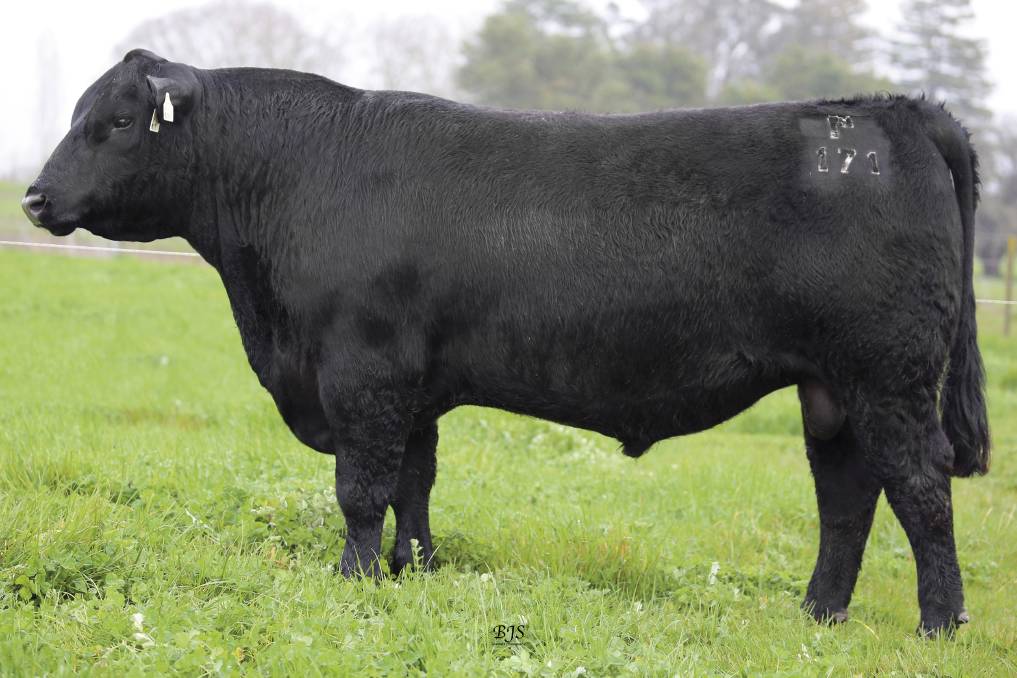 The resounding support from existing Alpine clients delivered a total clearance and an average $10,619 at the 2020 Alpine Angus Spring Bull Sale.

Existing clients purchased 36 of the 42 bulls during the auction at the stud's Rosewhite sale complex in what was described as a reflection of confidence in the Alpine program, the stud said.

The September result was also aided by a strong beef market and promising seasonal conditions.

Lot 2 Alpine Beast Mode K171 was the top-priced bull, fetching $20,000 from an undisclosed buyer in the Upper Murray region.

The stud said the bull's phenotype displayed great structural soundness and was backed up by strong EBV's with a massive growth spread and first-class indexes.

EL & RD Hart, Yallum Vale, Echuca, was another long-term who client purchased two bulls by Karoo Knockout K176 for an average of $12,000.

"Our sincere thanks for the wonderful support from our clients and their agents in the strong beef market and seasonal conditions we are all experiencing now," Mr Delany said.

"Developing these relationships has been a journey for us all where we have shared bad times as well as good times such as we have now."