Heath Stephenson was initially fobbed off by agents 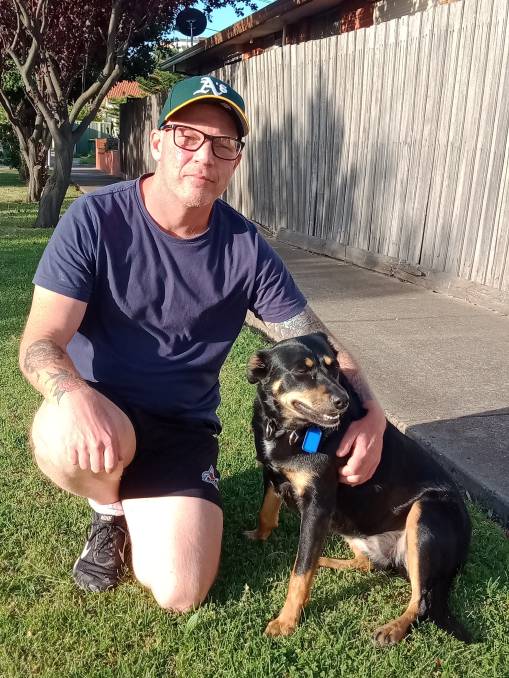 CITY TO COUNTRY: Romsey farmer Heath Stephenson shares his experience of ditching his metro life for the rural landscape.

Treechangers might well be reshaping communities within a stone's throw of the big cities but is agriculture ready for them?

Footscray hipster turned Romsey farmer, Heath Stephenson, found advice he says will boost the bottom line of his fledgling business by 30 per cent, but only after being rebuffed by more than one livestock agent.

The 43-year-old is at the embryonic stage of building a farming enterprise with a twist: paddock-to-plate lamb with a side serving of rehomed cattle dogs.

The business concept is for a self-replacing flock of composite ewes paired with a charity that would rehome two cattle dogs from the city for every 100 head of sheep.

"And a lot of dogs actually love their farm life. They're just unfortunately not cut out for being for being cattle dogs."

But he is adamant there's nothing unusual about it.

"I was looking at getting back a bit more to my roots. It's not an uncommon story these days, I'm not the exception," Mr Stephenson said.

"Sadye clued me in on a few different systems that were tried and true in central Victoria," he said.

After a half-hour discussion about prime lamb marketing and the merits of his concept and the alternatives, Mr Stephenson ran the numbers for himself.

"The foundation stock I'd planned to go with is really solid but Sadye's system was actually a lot more profitable," he said.

"In the short-term, it had some really good profitability bonuses and by the time you get economies of scale, the margins going through her systems were really magnified.

"I went to bed and sort of woke up the next day with a 30 per cent better bottom line because of Sadye's advice.

The value of Ms Wine's advice was all the more impressive, Mr Stephenson said, because it came after he had been "fobbed off" by more than one livestock agent he had approached about sourcing rams.

"If someone rings up as a startup, and I'm pretty honest about where I'm at, there's not many livestock agents that really do want to put time and effort into you, they sort of want you to come good and they'll look at you if you can make it through that stage," he said.

"Townies who are looking at this stage of their life to set up something like this, I hate to say it, but we're kind of a growth customer base, so I was flabbergasted that nobody would talk to me," he said.

It's a sentiment echoed by Elders Real Estate's Belinda Connor.

"From both anecdotal feedback and industry data, we are seeing people reassess how they live and work, what their values are, and most importantly where they want to live," Ms Connor said.

"Higher search and buyer activity for property in regional centres, with the right infrastructure and within a few hours' proximity to a capital city are the key trends we are witnessing right now."

Ms Wines said 10 to 15 per cent of the company's clients were new to farming.

"Many people looking to move from the city to start a farm do a lot of reading and online research but still find it hard to assess what works locally," she said.

"A breed that is really successful in central NSW might not attract any interest at all in the Ballarat saleyards."