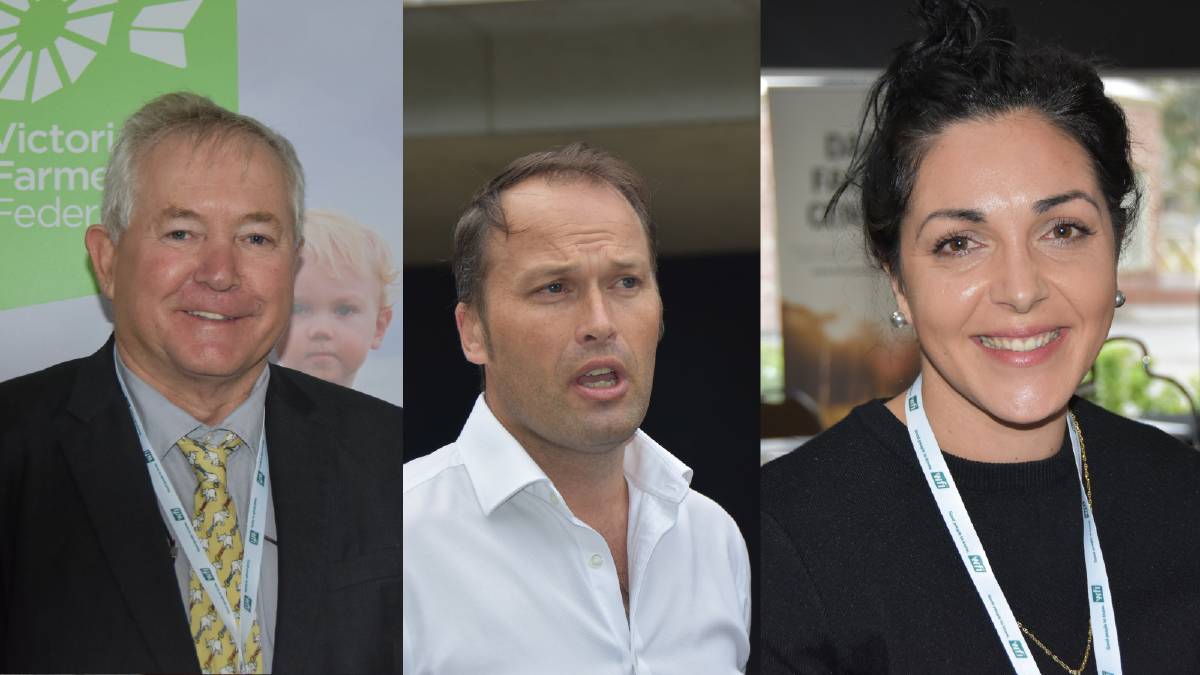 Declining VFF membership a key concern for both presidential hopefuls.

The two candidates for the presidency of the Victorian Farmers Federation have agreed the organisation needs to change, to stay relevant and combat a declining membership.

Current president, Wimmera grain grower David Jochinke, has served his maximum term and is standing down.

Mr Vallance said the most significant issue facing the organisation was reforming the general policy council.

"It needs to be rebuilt right now, and chaired by someone who is willing to drive the agenda.

"Most people who go to general policy council don't enjoy the day, because it's too cumbersome and the pipeline to get a decision is too long."

Ms Germano said she would like to see 'case management', or triaging, of issues brought to the VFF's attention.

"What we have may be single farmer's issues, but they reflect something bigger, for the whole community," Ms Germano said.

"We need to identify that better, through triaging management of those issues - you then need to be able to see that policy, traverse through time."

Ms Germano said the first thing that needed to change was how the VFF engaged with its members.

She said there needed to be a reinvigoration of the branches, through the digital tools that were now in place.

Both Ms Germano and Mr Vallance agreed the VFF needed to arrest its decline in membership, but differed on their approach to attracting, and retaining, younger farmers.

Mr Vallance said the Livestock group had been using webinars and emails to get information out to members.

He said the group had driven the agenda on several issues, including mulesing and EiDs.

"When I became chair, the council went through a substantial review," he said.

"The succession plan is well in place, with a very young group of enthusiastic people who are willing to commit to serving farmers and their best interests."

"It's quite amazing how many younger and new farmers are coming into the industry - the perception the industry is old, decrepit and stuck in the mud, is not valid," he said.

"The figures distort the reality; on most farms there are one or two young people around, working in that business.

"Whilst the ownership of the land might be held by the older generation, the management decisions are being made by young people."

But Ms Germano said the VFF was not tapping into younger producer groups.

"Membership across every commodity group has been declining year on year, so it's one thing to tap young people on the shoulder, but the organisation has put up a brick wall."

She said retention of older, experienced farmers was vital.

"You can't throw out all of the old, established brigade who help us make decisions," she said.

"It's all well and good to say we are doing a lot of these great things, but there are no young people who are in leadership positions at the VFF."

Resolutions had been passed at VFF conferences to mandate succession plans but they had not been implemented.

"We have to have those young people seated at the table; it's not enough just to have them as part of the organisation," Ms Germano said.

"We are still holding the old school town hall meetings and asking people to rock up, but we keep banging on about the same issues.

"People don't engage with that, any more.

"We have an army of people out there and they are not in the VFF fold, so we have to extend that relationship and ask people, what is it you want, in order to be engaged?"

On overseas markets, Ms Germano said she believed there had been miscommunication over the probe into the origins of coronavirus in China.

"You don't enter a gunfight with a knife, there was cultural insensitivity, in calling for the inquiry," she said.

The Chinese had misunderstood what the inquiry was about.

"It's one thing to say 'let's have an inquiry into the origins of coronavirus' and another to thing to say 'because of its origin in a market of people eating wildlife'."

Ms Germano said new markets needed to be developed with other countries.

"We know we have a lot of people who want our food, but we have probably put all our egss into one basket," she said.

Mr Vallance said the recent tariffs on barley and other Chinese actions against agricultural commodities were "nothing new.

"We've been through this with the Japanese, the American and European markets, they constantly put up excuses that agriculture is subsidised, or its unfit - it's an old argument, we have had with the countries we trade with."

He said China had become a very large consumer, in a very short time.

But the meat industry had made sure producers now had as many markets available, as possible for everything from meat to hides.

"If we were to lose the Chinese market, it would impact on us, but it would not devastate us, because we spread the risks," he said.

"The Chinese are playing silly games at the moment.

"They will continue to beat the drum and rattle their sabres, for a while yet.

Voting started earlier this month and closes on December 8; results should to be announced on December 10.