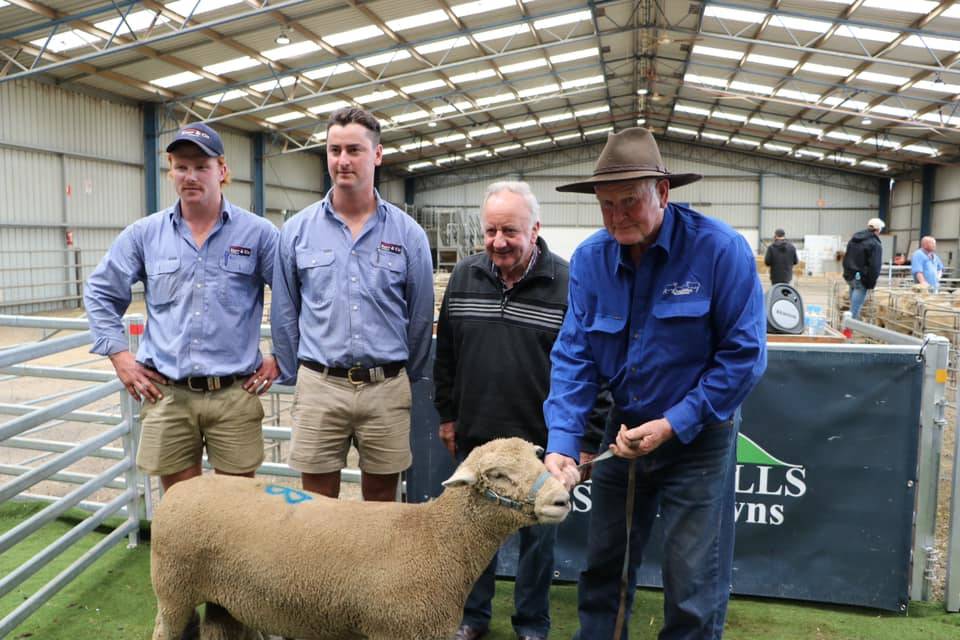 GRAEME Hooper says he cannot take all the credit for his Southdown stud but was pleased with the result of the annual Clear Hills flock ram sale at Hamilton last week.

The north-east Victorian stud sold 42 Southdown rams to a top of $2500, with the top-priced ram bought by vendor P Malseed from the Winchelsea district.

Twenty rams were passed in.

"The auction was a bit scarce on people attending the sale because we think the coronavirus might have kept a few at home," Mr Hopper said.

The ram had scanned figures from August 8 of 41 millimetres for sire muscle depth and 6.5mm of fat over the eye muscle and was described as a lean ram for his weight.

"He had a fairly good growth rate of 189.3 grams from day of birth to sale," Mr Hopper said.

One undisclosed buyer from Finley bought six rams during the sale.

"We pride our rams on ease of lambing, a good quality hindquarter and some of the best tasting lamb," Mr Hopper said.

"Our rams are great for any ewe but particularly maiden and ewe lambs."

Buyers were from mainly around the Hamilton district.

"It's been a pretty good damn season, one of the best I've seen in a long time," Mr Hooper said.