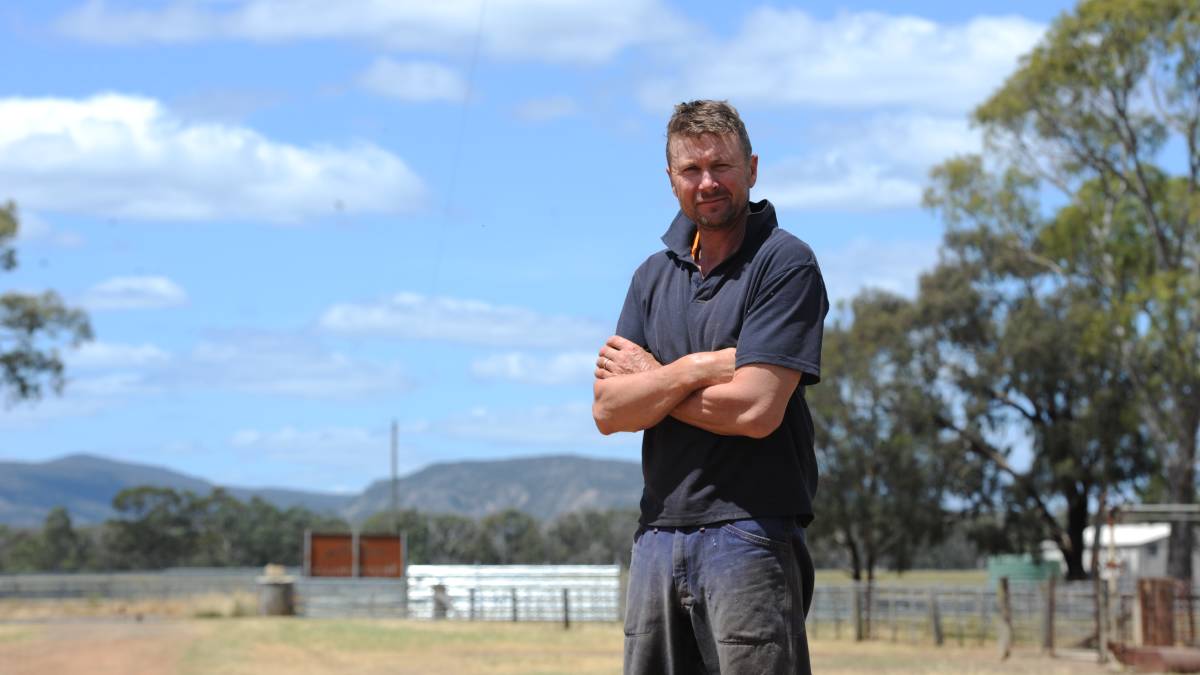 FURY: Southern Wimmera farmer Rod Miller has spoken against a plan to reintroduce dingoes into the Grampians.

A mixed response to the controversial plan.

Dingoes could be reintroduced in the Grampians National Park under a Parks Victoria and traditional owners' plan to restore native ecological systems and control pest species such as rabbits, feral cats and foxes.

It would also help manage "overabundant" populations of kangaroos and wallabies and would form part of a string of native animals, including the Eastern Quoll and Spot-tailed Quoll, to be reintroduced to the bush.

The plan has raised the eyebrows of some woolgrowers in the region, concerned the reintroduction of dingoes could have devastating consequences for primary producers and livestock.

However, ecologists and the traditional owners believe the plan could be a responsible way to mitigate pest species and macropods.

Southern Wimmera woolgrower Rod Miller, who owns properties at Glenisla and Brimpaen - which borders the national park - labelled the proposal "ludicrous" and feared it could "decimate" the wool industry.

"All predators prey on the easiest thing they can catch and that's not going to be kangaroos or wallabies - it will be a sheep in the paddock," Mr Miller, who runs a Merino stud and fat lamb operation, said.

"I've seen the effects wild dogs can do sheep and the result is just horrific with back legs eaten out and guts dragging on the ground - how far do you want to go?"

He said fox populations had dwindled in recent years due to a targeted baiting program, while landowners like himself often sought permits to manage kangaroos and wallabies populations.

"If a bitch comes on heat and the old farm dog gets a whiff of it - they can smell it a long way - he won't hang around and will go an investigate and next minute you will have a problem with crossing wild dogs," he said.

But Deakin Associate Professor Euan Ritchie, who specialises in wildlife ecology and conservation and has researched dingoes for more than a decade, said there were a number of ways the potential reintroduction could be safely managed.

"Dingoes being reintroduced poses issues for neighbouring farmers and that would need to be managed carefully," he said.

"One of those could be starting with a small population of dingoes which are desexed and GPS-collared so we can see where they are and what they are doing.

"Other things you could do with neighbouring properties, in particular sheep properties, could be to invest in fencing or guardian animals such as Maremmas and you could probably start in the Victoria Valley to Wartook basin which is away from farmland."

"Dingoes have traditionally filled a niche in the environment and they're not only an important part of how the country should work, but they're also important totem species for our people," Mr Harradine said.

"They are important concerns by farmers and we acknowledge that. We don't want that sort of thing to happen and affect people's livelihoods or income."

Mr Harradine said one consideration the groups were looking at was a compensation scheme similar to that in the Yellowstone National Park in the United States where farmers were compensated in the event of a wolf attack.

Victorian Nationals leader Peter Walsh slammed the proposal, criticising Parks Victoria for its history of "not managing their land, pest animals or weeds."

"So what assurances can anyone have that their dingoes will stay in the Grampians," Mr Walsh said.

"I have never heard anything more bloody ridiculous in my life."

Parks Victoria regional director Jason Borg said research partnerships with farmers would be formed before investigating or trialing a reintroduction and urged people to provide feedback before 24 January.

"We're keen to hear from the public about ideas and proposals within this draft plan for protecting, conserving and celebrating this special natural and cultural landscape," Mr Borg said.

"The draft plan proposes researching the potential reintroduction of native and culturally significant species, including those that could naturally control foxes, rabbits, feral cats, and overabundant kangaroos.

"As listed in the draft plan, research partnerships with farmers would be formed before investigating or trialling any animal reintroduction."