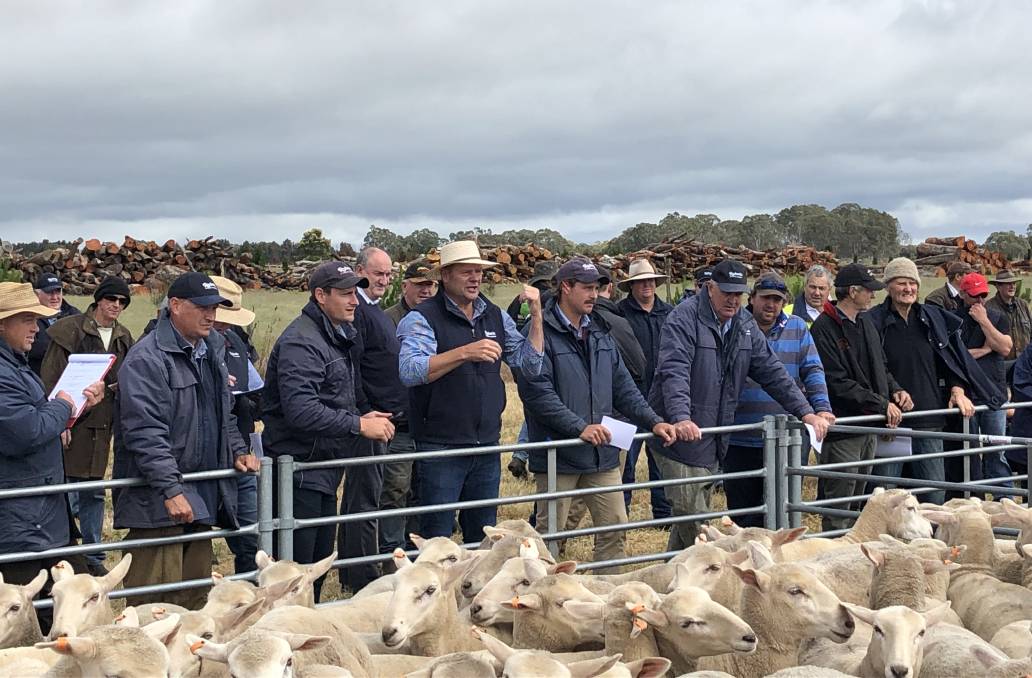 Lamb prices continue to sizzle in the west.

A sale record has again been set at Edenhope's annual first-cross ewe sale, with a top price of $426 a head achieved for 210 1.5-year-olds.

The ewes were sold by MR & JY Hancock to LMB Hamilton.

The price was just shy of the record set at Bendigo of $444 the week before, which was beaten at Naracoorte, SA, the same day as Edenhope's sale.

"All classes were keenly sought after, driven by good feed and good returns on lambs and mutton."

He said the market was being driven by other sales, particularly Bendigo and those in NSW.

"We may have had a touch tougher winter, with a lack of sun, but there has been plenty of feed and sunshine and feed since," he said.

"To their testament, the sheep presented very well."