Tasmanian producer takes a third of the Charinga and Banavie grade rams. 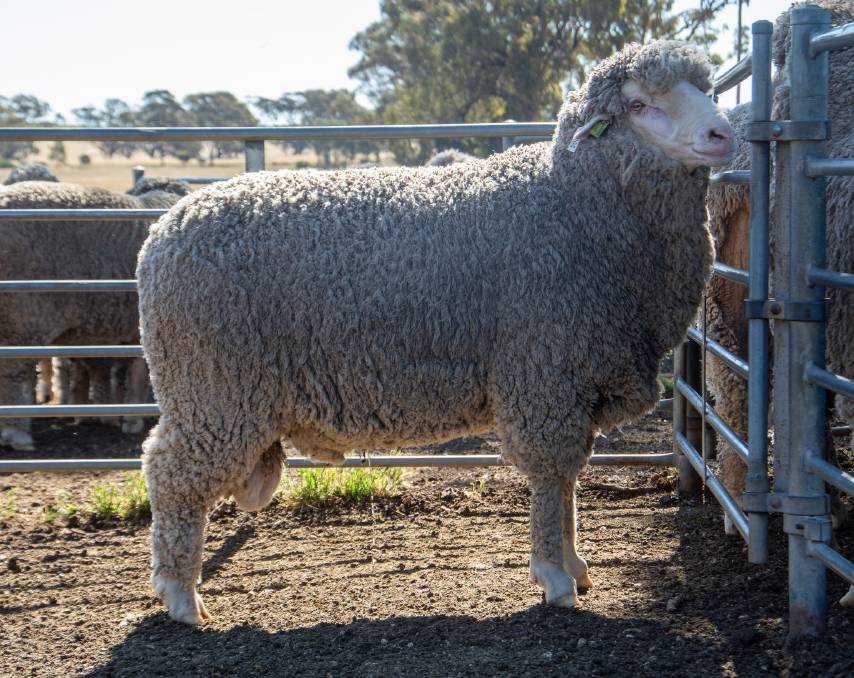 TOP RAM: The top-priced ram from the Charinga and Banavie grade ram sale went to a Coleraine buyer.

A repeat Tasmanian buyer has snapped up about a third of the rams offered at the online Charinga and Banvavie Grade Ram sale, Berrimal.

"We have been selling big numbers, to the larger Tasmanian properties," Roger Polkinghorne, Charinga, said.

"We endeavour to send good 'doing' sheep, with nice price wool on them."

He said not all the Charinga and Banavie rams suited the Tasmanian environment.

"But we guarantee that the ones we do send will stand up."

A polled ram, he had a standard deviation of 2.6 per cent, a co-efficient of variation of 13.6pc and a comfort factor of 99.9pc.

He weighed 98 kilograms and had a staple length of 110 millimetres.

Mr Polkinghorne said Mr Eats only bought the one ram, as he was topping up his sires.

"The other thing that happened, there was a buyer from Narromine, NSW, who had bought sheep out of Hay and was very excited about our wool quality and cut."

"They had been using a soft rolling skin, lighter cutting dual-purpose rams, but believed they needed more wool cut, to overcome troubles with waterproofing," he said.

Damian Drum, Nutrien, St Arnaud, said it had been a very successful online sale, with the stud presenting the rams well, on video and in photographs.

"There were 39 registered bidders, from all over Australia," Mr Drum said.