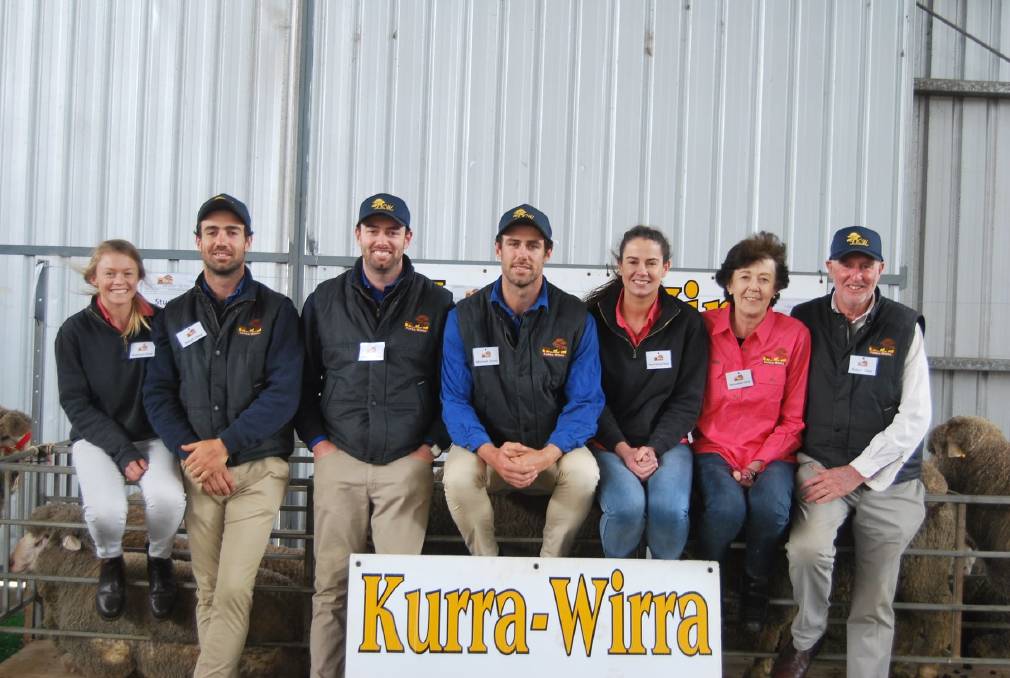 HANDS ON DECK: The Kurra-Wirra team have been breeding Merino rams for more than 45 years.

DUAL-PURPOSE rams bred to withstand the commercial pressures of running in a high rainfall environment were in strong demand during Kurra-Wirra Merino's 23rd annual ram sale.

"The wool on the rams was also long, free-growing white wool that has shown [it] can stand up to the high rainfall conditions we live in," Mr Close said.

The top ram was the son of Anderson 170660 which had the full package of "elite wool quality, perfect structure and top ASBVs to back it up", Mr Close said.

"This combination of data is as good as anywhere around but on top of that is the high-quality Kurra-Wirra wools," Mr Close said.

It was the first time the sale was completely integrated via AuctionsPlus with a majority of the buyers located in the Western District, Wimmera, Greater Geelong region and NSW.

Mr Close said it had been the best grass growing season he had ever witnessed.

"The only small down was the clearance rate being down slightly lower than last year," he said.

"With the current wool prices and local flocks being full, some people have flexed 10 to 15 per cent of their flocks to a terminal sire which has been a common trend across Victoria.

"We are actually doing the opposite and putting more Merino rams out as we are bullish on the wool price and have a lot more flexibility with Merino rams, while also cashing in on the strong surplus stock sale from the rebuild that is happening across Australia."