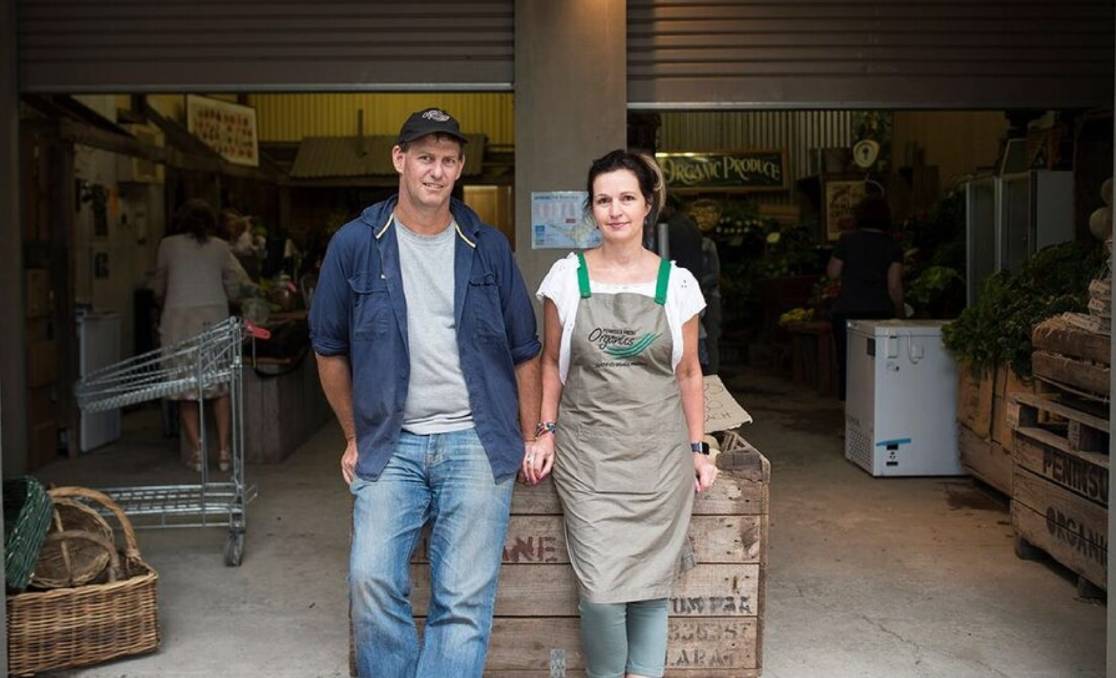 FREE TRADE: Wayne and Tash Shields run organic farms at Baxter, on the Mornington Peninsula, and Barham, on the Murray River.

Agility, and an understanding of all commodities, required in a new VFF president.

Victorian primary producers say the most significant task facing the new Victorian Farmers Federation president will be to raise the sector's profile among city residents.

They said the only certainty was change, and the new president needed to be across all commodity areas.

Livestock and grains producer up against horticulturalist

"We want someone who can cross all the commodities, who is a really good listener, can articulate the concerns of farmers clearly, and understand what our issues are.

"You have two ears, and one mouth, and you should use them accordingly - listen, listen, and only speak once you have really listened."

"DJ (current president David Jochinke) is a good bloke, and he does listen, now we need someone who can take that further."

Horticulturist, Wayne Shields, Peninsula Fresh Organics, has farms at Baxter, on the Mornington Peninsula and Barham, on the Murray River.

"The key issue is that the new president has to relate to everyone, I think for too long, the big end of time was where it was at - the 'district oligarchs' seemed to rule the world, to the detriment of the small guys, trying to create something," Mr Shields said.

He said he hoped the doors would open up to smaller producers.

"You have to keep lobbying the government, it needs a new broom, a fresh look, and you have to bring everyone into the tent, not just the old guard.

"Everyone should have a say."

Mr Shields said the small producers were not getting a voice, beyond the Victorian Farmers Markets Association.

"The small people are now reasonably big - I am a case in point, I started small and now am relatively large."

He said he would like to see trade being allowed to flourish ,citing the example of local councils overruling state government encouragement of farm gate sales.

"Open it up, then get out of the way," Mr Shields said.

He said he believed the VFF was doing a lot of good work but needed to sell itself better.

"A lot of people don't see that work we do, and we need to get them to join," Mr Kirkpatrick said.

"I think the stronger an organisation is, the more political clout you have got and the more resources you can utilise."

He said pushing for red tape to be cut should also be a priority.

"It's always there, each government says they are going to cut it, but it just seems to grow another level."

"We, as farmers, are being marginalised, there are less of us, there is a big population, in the cities, where we have got that extra distance, between generations, who wouldn't know what is going on on farms."

"It does earn all the money," Mr Paton said.

"We are valued, we are custodians of the land, most of us."

He said the new president should continue to highlight the imbalance between farmers and city residents, in the conditions and benefits they enjoyed.

Northern Victorian pork producer Dave Wright said he hoped there would be unification, across all commodities.

"The VFF needs to represent us, as an industry, as a whole," Mr Wright said.

"We need to go to government, as a united force, to try and get agriculture on the agenda, as being a respected sector that is keeping the Australian economy afloat," Mr Wright said.

"We need an organisation that is presenting agriculture in a positive light and engaging the general public as to what agriculture represents, in this country.

"Australia used to ride on the sheep's back - those days are possible again, we have proven that, during COVID-19."

The new president also needed to continue selling the story about the "right to farm.

"Nobody is right, and nobody is wrong, in the sense that if you choose to be a vegan, that's fine by me, as long as I, as a farmer, have the right to farm," he said.

Modern communications made the message much more accessible than ever before.

Somerville Egg Farm's Lou Napolitano said "They should go a lot harder, with the true facts, across the board," Mr Napolitana said.

"At the moment, everything portrayed as free-range looks great must be great, we are told its great, the eggs are better - but, at the end of the day, the eggs are exactly the same.

"The only way you can get different eggs, is to feed the chickens differently."

All systems had their drawbacks, but no one system was better than the other,' he said.

"The new president should insist the government should only put real experts, on its panels."

"I have been looking after poultry for a long time - we have caged birds, we have barn laid and free range."

He said the VFF should look at ways of making the sector "much, much nicer" in the community's eyes.

"It also has competing interests in that the people who produce almond milk are farmers, just the same as dairy farmers.

"But the VFF should point out its almond juice, not milk - it should be marketed as juice, and milk."

Graingrower Ryan Milgate, who has properties in the Mallee and the Grampians, agreed any new president would have a significant role in advocacy for the industry.

"Everything thinks we need to change the way we do advocacy, the world has moved a long way - even the structure of the VFF has changed," Mr Milgate said.

"We need to follow that through - everything is fast, we have a 24/7 media cycle, so any farmer body, not just the VFF, needs to be open to move quite quickly, at times.

"We need to put a good positive spin forward, and be proactive, constructive and work together."

He said all farmer groups needed to be a "voice of reason.

"In its early days, the VFF was a lobby group, we are now a united voice, particularly around animal welfare and those tricky and contentious issues."