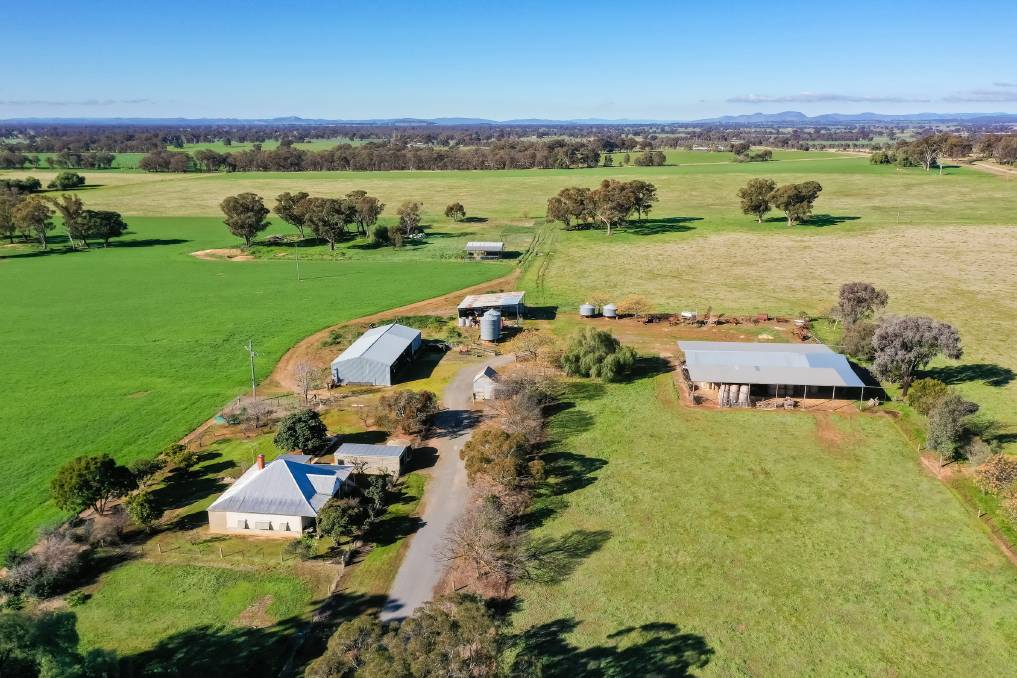 The Rutherglen property sold at auction on Friday

A Rutherglen farm has been sold for more than $5 million in a property carve-up which set a new benchmark in the region.

Held and farmed by vendor Jack Nicoll since he purchased the first section in 1960, the now 86-year-old sold the property and plans to retire.

Friday's auction was conducted by Rodwells agents Dave Colvin and Peter Ruaro at the Corowa RSL.

Mr Colvin said with an indicative land value of the order of $7000 per acre, or $17,000 per hectare, the worth is of the best soil types been established around Rutherglen.

"The auction campaign was conducted under some difficulty due to the restrictions on border crossings between NSW-Victoria, which for some time limited property inspections from interested buyers from NSW," he said.

"It includes an older style original family home plus a large range of farming infrastructure of hay storage and machinery sheds."

This lot is also believed to be the former site of the award-winning C J Burns Winery, with some old buildings still present.

Lot two, known as Redhill, which is carrying a "good crop of oats and barley", has an area of 111 hectares with no buildings

Both lots were purchased by a farming family from the eastern Riverina.

All three lots have town water and power connections.

The story $17,000 per hectare, not a bad pay day for 86-year-old retiring farmer first appeared on The Border Mail.