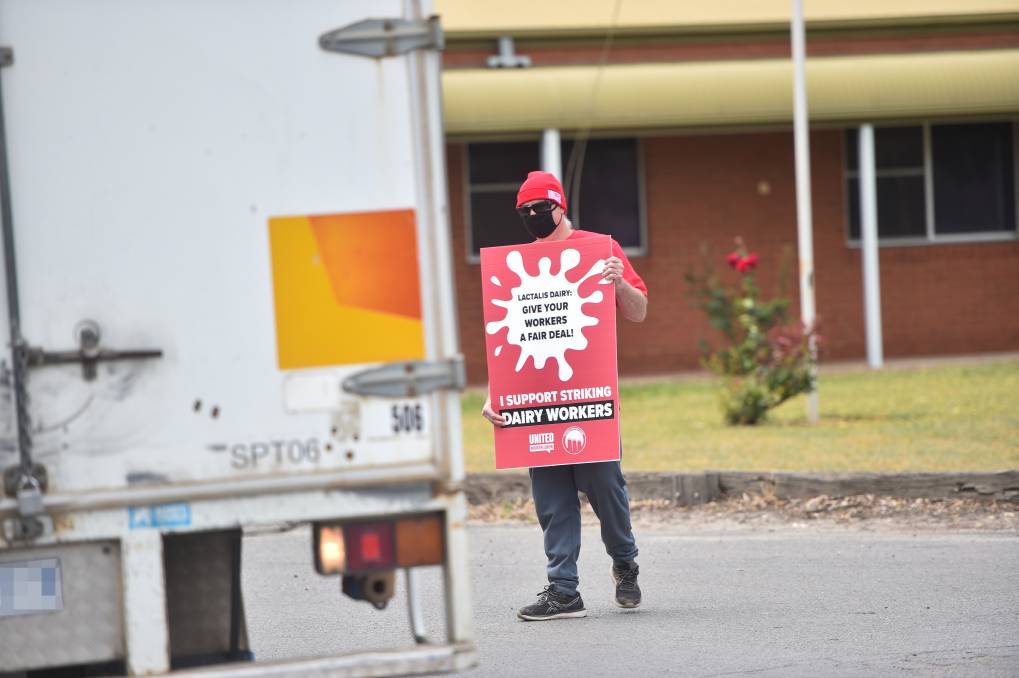 The win comes after 10 days of strike action.

A UNION organiser says the Bendigo deal is one of a number giving him reason to think a stagnation in workers' pay rises is starting to turn around.

Dave Fox represented maintenance fitters at Lactalis during the Bendigo strikes on behalf of the Australian Manufacturing Workers Union.

"I think it's actually breaking out of that cycle of those two per cent per annum pay rises, and sometimes less," he said, referring to an industry wide pattern over recent years of rises tied to the consumer price index.

Along with improved wages and conditions, Bendigo's Lactalis maintenance fitters and electricians - who are represented by the Electrical Trades Union - won guarantees of one new apprentice per trade.

"We have a lot of ageing workers so that's a great win for us," Mr Fox said.

The strike action was spearheaded by the United Workers Union. 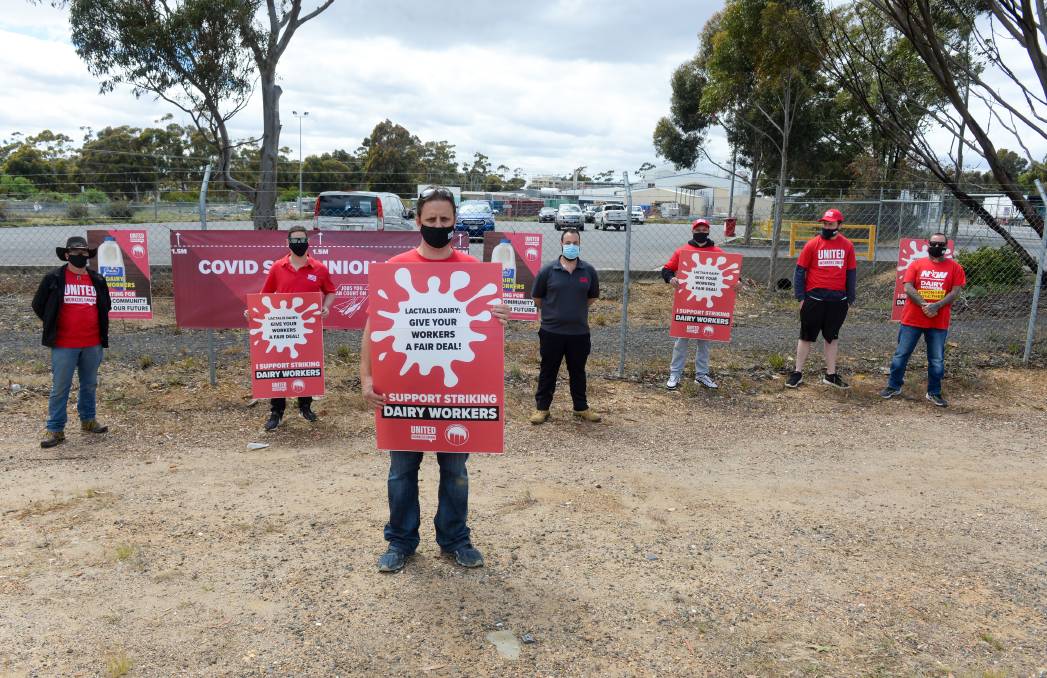 Striking dairy workers have won pay rises of 6.47 per cent in a deal made over the weekend.

It came 10 days after workers at Lactalis' Bendigo factory downed tools indefinitely over pay and conditions, saying that they were worse off than those at other sites.

Workers have won a raft of guarantees on job security at a site they said was too casualised, the United Workers Union says.

Under the new deal, Lactalis will increase permanent jobs by 30 and add a "strong" casual conversion clause, the union tweeted on Saturday night.

It added that workers have also won "a public commitment to keep dairy open + much more!"

Workers voted to accept a revised company offer on Saturday afternoon and the result was announced that evening.

Over a two year and nine month period workers will get an average annual increase of 6.47 per cent.

"From October 1, 2022 workers will be a minimum of $232 better off a week, which includes paid meal breaks," the union said in a statement issued early Sunday morning.

UWU organiser Tom Czech said Lactalis workers invested a lot in their company and they wanted it to be reciprocated.

"Workers wanted a commitment for Bendigo and they have won. With secure permanent jobs for the future and a commitment that Lactalis will not shut the site, including a $20 million investment for the Bendigo factory," he said.

"Workers are feeling good today. They stood united and there was so much community support.

"The people of Bendigo brought food and firewood to the striking workers and even put up placards in their front lawns. This is a win for the whole community."