Return on investment is just one measure, among many, in determining dairy success, says leading consultant 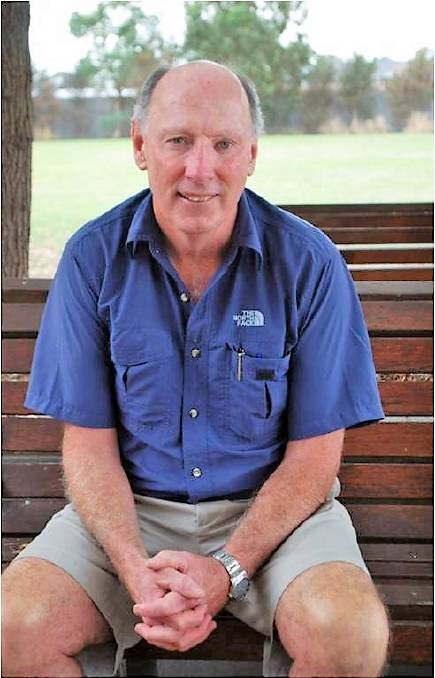 One of southern Australia's leading dairy consultants says the sector has a cultural problem, which needs to be addressed urgently.

John Mulvany, OMJ Consulting, who is retiring after nearly 30 years advising farmers, said he said he was concerned that the dairy sector seemed to have lost its way, by not recognising success.

"A profitable New Zealand dairy farmer will be on a bit of a pedestal, within the community, whereas a profitable dairy farmer, particularly on mainland Australia, could be regarded as a 'tall poppy' skite," Mr Mulvany said.

A profitable New Zealand dairy farmer will be on a bit of a pedestal, within the community, whereas a profitable dairy farmer, particularly on mainland Australia, could be regarded as a 'tall poppy" skite. - John Mulvany, OMJ Consulting

He said recognising success went against what he said was the "preferred narrative" in some quarters that dairy farming was a thankless job with little reward.

Dairy farmers were seen as "martyrs" rather than successful business people.

Such a view was hampering the sharing of valuable information, between farmers, on how to improve profitability.

There was one young farmer discussion group in Colac, where members had to release some of their data, before being allowed to join.

"You are not allowed to whinge and moan about the dairy industry unless you articulate your reasons for whingeing and moaning. It's a very business orientated group.

"That's all I am talking about in the shift of culture."

Mr Mulvany said there was also an increased level of distractive and confusing "noise", within the industry, which required better filtering skills.

A recent example was the on-going debate about the best measure of profit for a dairy business.

"The resulting mixed messages make success or profit more difficult to achieve compared to when I entered the industry," Mr Mulvany said.

He said there would be a 'national black hole' and a level of fake news in the industry if the Dairy Farm Monitor program or DairyBase did not exist.

Dairy planners had talked a lot about changing culture, but not the mechanics of how to do that.

The other issue he said he was concerned about was the current debate about profitability.

"There is a debate going on about the best measure to use, and what should we be targeting, that's all the easy stuff," Mr Mulvany said.

"The really hard stuff to track is how do you get more dairy farmers to review their financial performance, particularly when they are not happy with the outcomes?

"I see a lot of energy going into the debate about what is the best measure of profitability, and my point is there are a whole raft of ways of measuring profit, and it depends on the questions the person is asking."

Mr Mulvany said the critical thing was how to get more farmers to participate and shift the language from production to profit.

"My major contention is with the belief that return on total assets (RoTA) is the only profit indicator we should look at."

Profitability was not all about production, he said.

"There is a very weak correlation between production per cow and profit, in fact they are not that strongly related," Mr Mulvany said.

"A dairy farmer will tell another farmer how many litres his cows are producing, but why would you do that, what's the motivation?

"What is the purpose of that comment, without a whole lot of more information, it's a meaningless measure."

RoTA should be looked at as one of a raft of measures that described a farmer's profitability.

Any advisor who argued there was only one primary measure of profit in a dairy business reflected a narrowness, and potentially a lack of respect for their client.

"If our ultimate aim is to lift overall profitability on dairy farms, connecting with a broader dairy population using economic measures that they engage with is the critical step, rather than getting bogged down in economic purity."

He said Earnings Before Interest and Taxes (EBIT) was the one measure which dairy farmers engaged well with.

DA managing director David Nation said the organisation had actively participated in the development of the Dairy Plan, and fully endorsed its objective to increase profit.

"The focus on profit, including measuring profit and having an industry target for levels of profitability, is a defining feature of the Australian Dairy Plan," Mr Nation said.

"It is a really positive development to see so many parts of industry as well as academia supporting this initiative.

"The debate on the best way to measure profit is a natural consequence of the focus on profit. It is healthy to debate this, as getting profit right is in everyone's best interests."

He said describing profit in a most meaningful way, while also being able to drive progress, was the challenge set for a group of business advisors.

"It is pleasing to see genuine innovative thinking in this regard," he said.

"We strongly believe, through analysis and through testing with farmers, that we have an approach that will fast-track progress for the dairy industry while also recognising the economic principles of measuring profit."