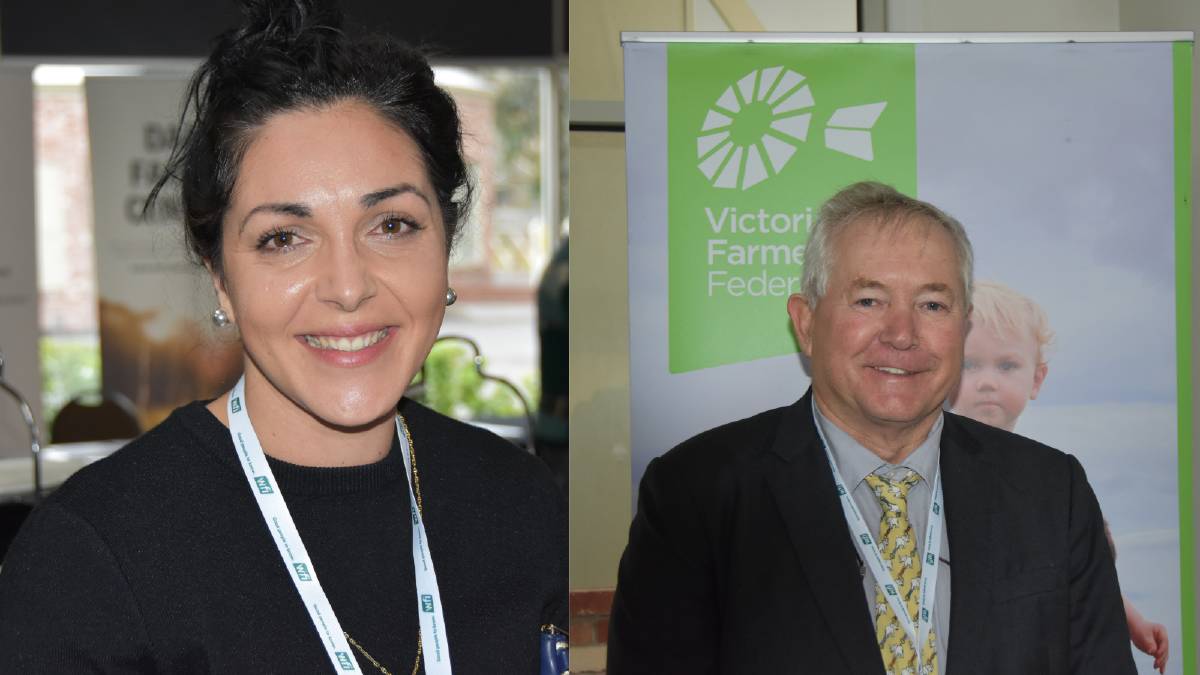 Revitalisation of the VFF the key priority of both presidential candidates.

A prominent central Mallee grain grower will face off against a Gippsland leading horticulturalist for the position of VFF president.

Ms Germano identified three areas she was focusing on.

"I would like to see an evolution of the VFF, it's culture, its corporate governance, and advocacy strategy," Ms Germano said.

"We need to be utilising our resources more responsibly and we need to be proactive and more sophisticated in the way we are doing advocacy."

She said she believed the VFF needed to be reinvigorated, as it had a strong legacy.

"The 'why the VFF' hasn't changed.

"But how we go about utilising that, and what is the best vehicle for farmer representation, needs to take a step forward.

"We need to look around us to see how people create influence."

Ms Germano said there was a tendency to speak into "an echo chamber".

"When you think about social media, we are absolutely in that echo chamber, and we have to make sure that we are bringing our community along with us.

"Mainly, I want to see our membership coming together, during really hard times, for support, but also have a really strong engagement."

She said she wanted to make sure policies reflected the entire agricultural community.

"I would like to see a re-invigoration of how we use our branch structure - the VFF is so unique, in that it has members in every council, every state and federal electorate.

"We need to be building our membership and our network, so we are an army, not just a few voices."

Ms Germano said she was concerned the VFF did not reflect the diversity of thought of the entire agricultural sector.

Mr Vallance said he wanted to see an increase in the VFF's membership.

"I want the VFF to have a full a membership as we can possibly get, and make it accessible to everyone," Mr Vallance said.

The cost of membership for smaller farmers was prohibitive, while the VFF had failed to extol its wins, he said.

"That includes the basic things like the diesel fuel rebate, truck ag registrations, they are huge savings to any farmer. Then there is the issue around differential rates for farmlands - they are the three big winners.

"We haven't expressed that to the non-members - there is your (membership) value."

"As an outflow from the farm, the meat processing sector - all those other people who make a living, from what we grow," Mr Vallance said.

He said he'd also like to see lower membership fees for entry-level farmers.

"If it was a much lower rate the young people will join, they will see value in it."

Mr Vallance said farmers left the organisation over single issues, such as deregulation of the dairy and grains industry.

"We have moved on and its time we engaged with all those people."

He said the VFF needed to fund itself from membership, not by "eating into assets".

"They should not be cannibalised for short term gain," he said.

Voting in the VFF elections opened on Monday 9 November and close at COB Tuesday December 8.