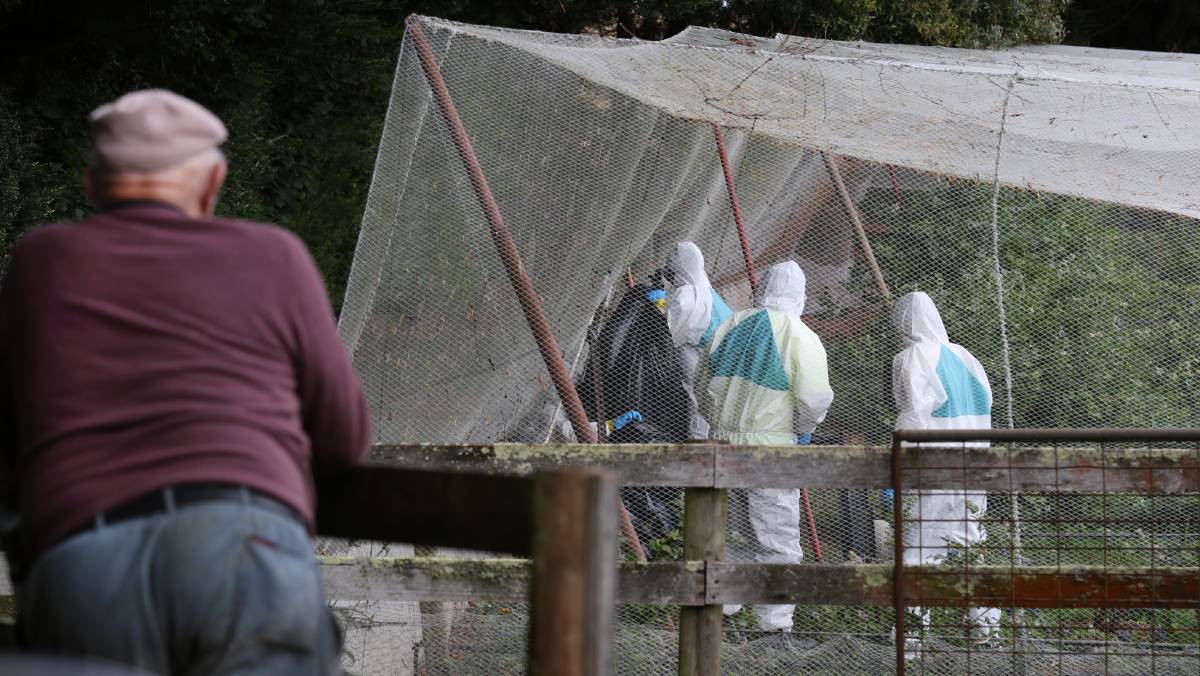 RUST OUTBREAK: Biosecurity officers remove infected blueberry plants from a property on the North-West Coast in 2015 as the farmer looks on. File photo

The berries were bought in a Tasmanian supermarket.

Imported blueberries bought from a Tasmanian supermarket have been found infected with blueberry rust after a member of the public raised the alarm.

The blueberries were sold in a supermarket in southern Tasmania, and the berries were reported to Biosecurity Tasmania late last week.

"This is not considered an outbreak of the blueberry rust and presents a very low risk to the state," Ms Burrows said.

Tasmania first detected blueberry rust among infected plants in the state in 2014 and has endured three outbreaks since then.

About 40 Tasmanian properties had berry plants removed in December 2014 and January 2015 after a blueberry rust infestation was traced to Victoria.

A significant outbreak occurred at Costa Berries' North-West Coast farm at Sulphur Creek in 2016, which resulted in quarantine procedures and impacts on exports.

Trade restrictions were put in place between Victoria and Tasmania until the threat was eradicated. In 2017 blueberry rust was detected at two properties in the North-West.

Blueberry rust was declared eradicated by Biosecurity Tasmania in July 2016, but the outbreak at Costa occurred in August 2016.

These methods pose a threat to the hard-won organic status, which could be stripped if chemicals are detected on a farm.

Ms Rae said investigation and tracing of this consignment of imported blueberries were underway and Biosecurity Tasmania had worked quickly with the supermarket retailer to remove the infected fruit from shelves. 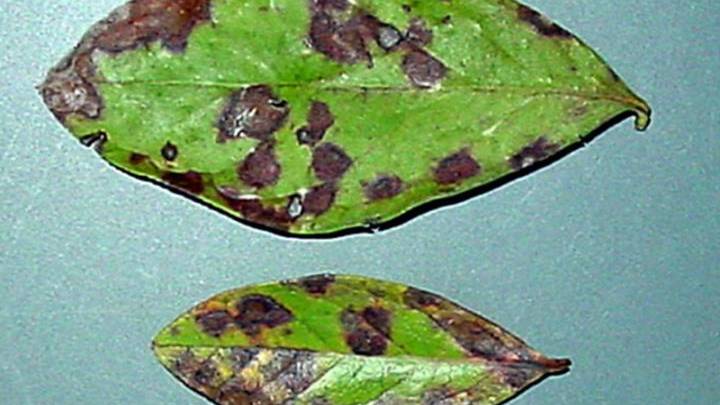 "The quick action by the consumer is a great example of how vigilance can help protect Tasmania from diseases such as blueberry rust and we thank them for their speedy reporting," Ms Rae said.

People who have blueberry plants at home should check for signs of brown or rust-coloured lesions on the top and yellow-orange pustules on the bottom sides of leaves.

Blueberry rust can be identified by small, yellow leaf spots on the upper surface of young leaves, lesions that turn rust-brown and enlarge as the infection progresses, yellow or orange powdery pustules on the underside of leaves or fruit and premature leaf drop and defoliation.

Anyone who suspects blueberry rust in their plants is asked not to disturb or move the plant - Biosecurity Tasmania officers will attend the property.

"Our message to all Tasmanians is simple. If you see something unusual in blueberries that you purchase, such as yellow-orange pustules on the fruit: secure and report."

Anyone who suspects blueberry rust on their fruit is asked to put the fruit in a sealed bag or container, place in the refrigerator, and contact Biosecurity Tasmania on 6165 3777.

The story Blueberry rust alert in Tasmania after spores found first appeared on The Examiner.