While Australia's relationship with China has its ups and downs, this is just a symptom of geo-political realignment, and from this Australia needs to be pragmatic and take advantage of opportunities while not compromising our own interests.

Foreign Minister Marise Payne's call for a global investigation into the origins and outbreak of the coronavirus sparked heated exchanges.

This was the right call as the Australian economy reels from impacts of the pandemic, and there is an overwhelming necessity to be better prepared if and when a future viral health threat emerges.

The arrest and detention of Australian journalists, ruthless trade sanctions and tariffs targeting our beef, wine, seafood and barely exports, and dispute over Huawei's participation in the 5G network, are all part of the bluster and tit-for-tat rhetoric. But in the midst of this diplomatic tension, we should not be distracted from their experience in the rapid economic and infrastructure development of underutilised geographic regions.

The case in point is development and economic empowerment in Northern Australia.

Indeed, because of rising geo-political tensions, looking one to two decades into the future, is incumbent upon us to enhance and strengthen our presence in this vast expanse of our sovereign territory.

Northern Australia covers 3.5 million square kilometres from North Queensland, across the Northern Territory and the Kimberley region in Western Australia.

The region accounts for half of Australia's land mass, and if Northern Australia was its own country, it would be the seventh largest in the world, yet only 5.5 per cent of Australians live in the North.

Northern Australia is steeped in rich indigenous culture that has evolved over 70,000 years, has a substantial diversity of flora, fauna and natural landscapes, and tremendous tourism growth opportunities.

Northern Australia is steeped in rich indigenous culture that has evolved over 70,000 years.

The region is in close proximity to South East Asia that gives Australia a significant strategic advantage for cost-effective access to massive export markets for resource and export production.

However, after more than a century of federation, and despite the best intentions of proposed development plans, Northern Australia remains vastly underdeveloped and underinvested.

There is also a tremendous disparity across a broad range of economic and quality of life indicators compared with the rest of Australia. Access to healthcare is poor with a higher prevalence of diseases and contributing to a five-year shorter average life expectancy, and an unyielding income disparity.

Public infrastructure is often inadequate, including intermittent and expensive telecommunications access, but also in critical areas such as access to sanitation in remote communities.

Without tangible and long-term government and private sector investment, the decades to come leaves Northern Australia at risk of further decline, or in a worst-case scenario, exposed to prospect of external exploitation.

The only way for the long-term benefits of a first-world Northern Australia, and the benefits this will deliver not only for the region, but the whole of Australia, requires a drastic paradigm shift and renewed national political cohesion.

For the most part, all stakeholders have sought to advance regional development plans with the best interests at heart and have been undermined by an inability to coalesce on common ground. 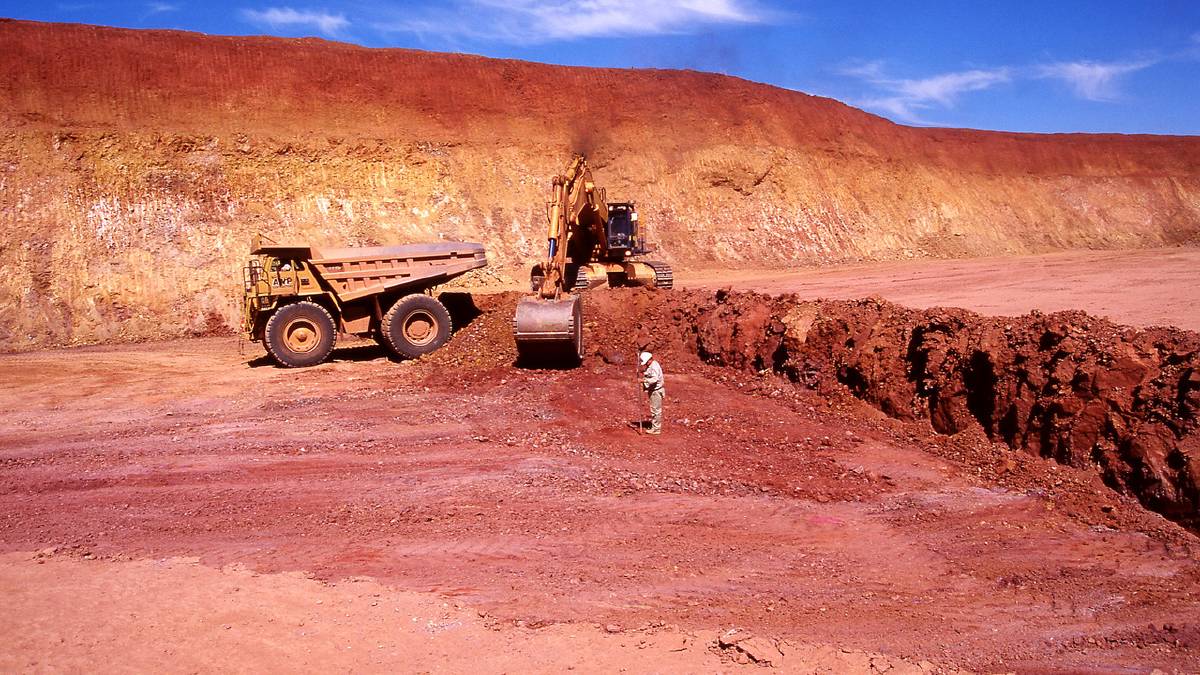 The development of Northern Australia must no longer be restrained by state and territory borders.

But the time for dithering has all but expired, and a continuation of bickering or incongruity due to the narcissism of minor difference, will lead Northern Australia down a road of demise with serious fallout pain for the rest of the country through future generations.

Incremental improvements to bureaucratic processes, cutting red-tape and alike is admirable but measuring government efficiency as it relates to the North, is not what is not the catalyst needed to substantially improve productivity in Northern Australia.

This is where we can take two things from China, that we can employ and deploy at our own discretion and self-interest.

A simple comparative analysis of growth and development in Northern Australia with Jilin Province in China, reveals the stark difference between the two regions.

Jilin is a diversified economy and has achieved double digit GDP growth or close since 2003 from a lack-lustre beginning. Jilin personifies China's approach of "Thinking Big"; "Planning Long," and we must add a third component to "Act Now" in a sustainable fashion. 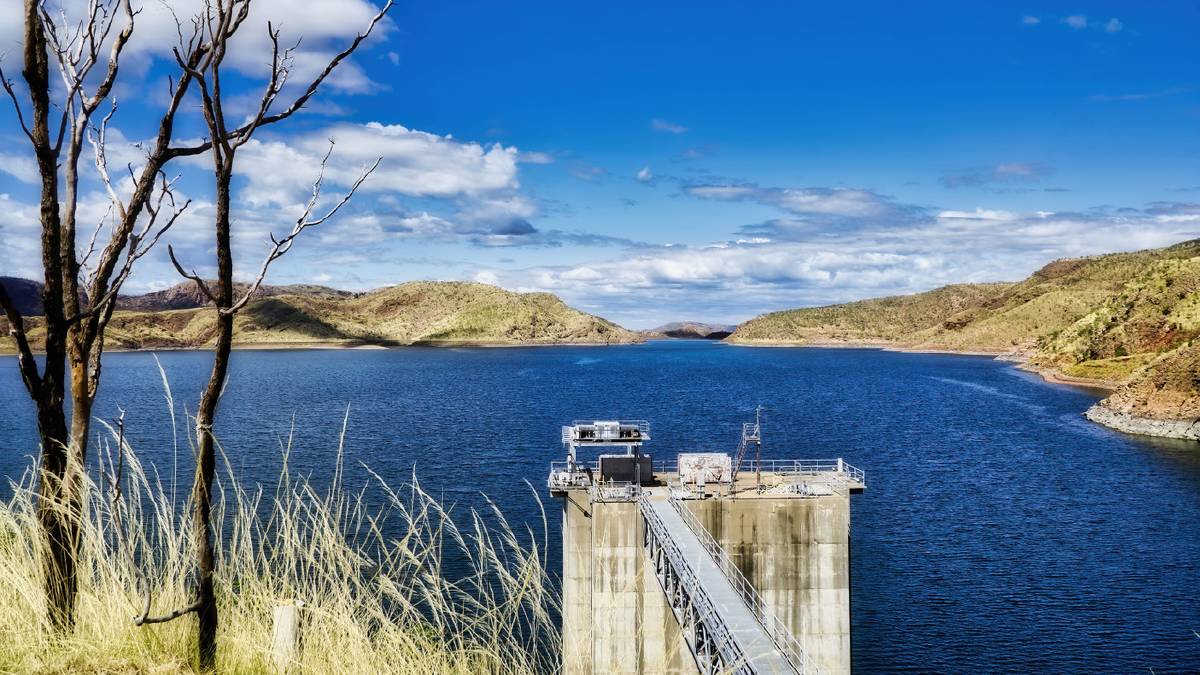 The development of Northern Australia must no longer be restrained by state and territory borders that are more like iron curtains, or party politics that shortens planning and delivery cycles to under five years.

Local councils, of which there are nearly 50 in Northern Australia, need to be the champions of change.

The development of Jilin region was not rolled out through a series of short-term plans where political benefits were expected to be delivered within overlapping political cycles.

China's development success has been delivered by cohesive planning and implementation periods that cover decades.

We can further learn from China's mistakes so that they are not repeated in our own territory, particularly in areas that include environmental damage and social displacement.

Secondly, China has achieved exponential economic and industrial growth through the expansion of infrastructure that has fed productive output.

If faced with the same opportunity, having 3.5 million square kilometres of resource rich, agriculturally abundant, naturally beautiful land, that was geographically close to one of the hungriest markets in the world for resources, we can ask - what would China do?

Since 1978, China has average GDP growth is almost 10 per cent and more than 850 million people lifted out of poverty according to the World Bank.

To accelerate this expansion, China's government continues investing billions of dollars into infrastructure in a build it and they will come approach, creating and expanding varied centres of production in areas where there had previously only been limited economic activity.

China would not sit back

China would not sit back. It would engage their best strategists, demographers and engineers on the task to develop a fully integrated plan to achieve an ambitious productivity goal.

It would implement a program that integrates new Northern Australian infrastructure with national supply chains.

It would implement a vision that would create a step-change in Australia's GDP by making the north of Australia a food bowl for agriculture, a hub for industry, super-generator of energy and a mecca for tourism. 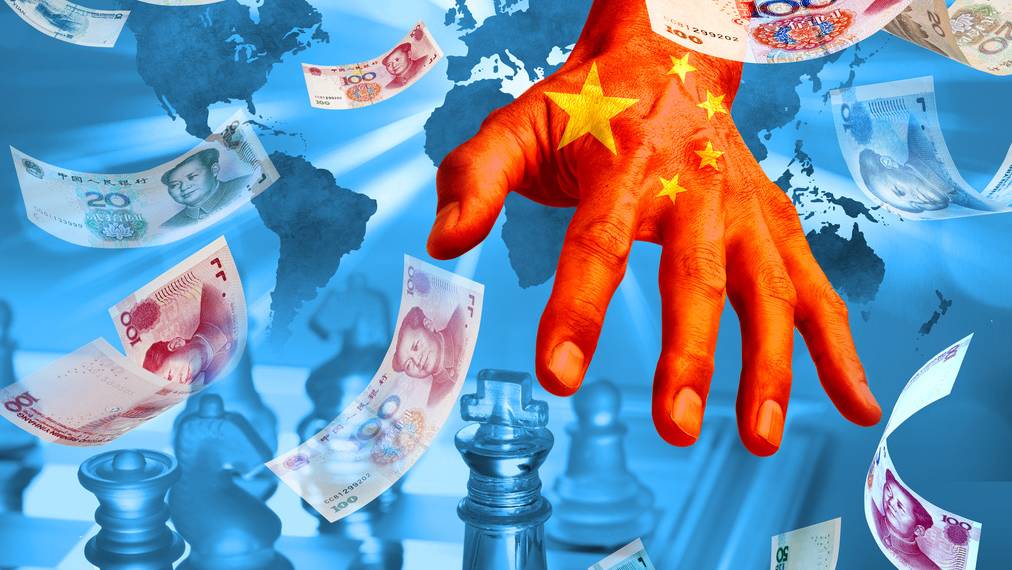 But while we can learn from their experience, the development of Northern Australia is not China's opportunity, it is Australia's opportunity, and we must keep it that way by getting to work today.

The direct engagement opportunities that we can gain from China are in that country's design, engineering and construction capacity that is needed for accelerated and efficient massive infrastructure planning and delivery.

While Australia has nowhere near the population of China, the principles of planning and investment can be used here.

We also don't want to swap our cultural and democratic freedoms, but we need to have a discussion about applying successful development models as we've seen employed in China over recent decades.

The Australian Government should envision a plan with public and private capital.

Enable critical infrastructure to set the foundations for the private sector to make North Australia the equal partner to the South.

A Roadmap to help us Think Big; Plan Long and Act Now. The roadmap would take the 2015 White Paper for Northern Australia and the excellent work done by Government to cut red tape and build on it by stepping out an aligned approach between the 40-plus local governments; two states, the Northern Territory and the Federal Government that represent Northern Australia with inputs from business and community.

The plan would include: clear, time-bound socio-economic goals including productivity improvements such as GDP; jobs growth; exports; increased public revenues and livelihood goals such as education, skills, health and household wellbeing; market ready infrastructure including energy; ports; rail, road; air networks; drought proofed agricultural regions to boost productivity; special economic zones for downstream processing of agriculture and resources with tax and other incentives for investors; and plans for the establishment and expansion of towns and cities with education, health, cultural, sporting and other public services to support communities.

Achieving exponential socio-economic development in Northern Australia will fall to leadership and our ability to use the potential of the North to garner our collective courage and wisdom; to create alignment across numerous political boundaries to create willingness to Think Big; Plan Long and Act Now.

- Carolyn Blacklock was born in Mareeba and raised on outback North Queensland cattle stations. An alumni of School of the Air, she has lived and worked throughout Asia Pacific for over 20 years and lived in PNG for the past 10 years. During this time Carolyn has worked with the World Bank Group, Governments, and the Private sector to implement large-scale infrastructure and development programs delivering sustainable socio-economic reform. Carolyn is currently completing a Masters of Chemical Engineering (Sustainable Energy) at the University of Queensland. She splits her time between Port Moresby and rural Queensland, where she owns and operates a small cattle breeding enterprise and is the founder and principal of Ipsum Pacific, a strategic consulting firm.

The story Developing North Australia: What would China do? first appeared on Queensland Country Life.