A yarding of around 10,000 first cross and Merino sheep sold above expectations at Wycheproof Friday. 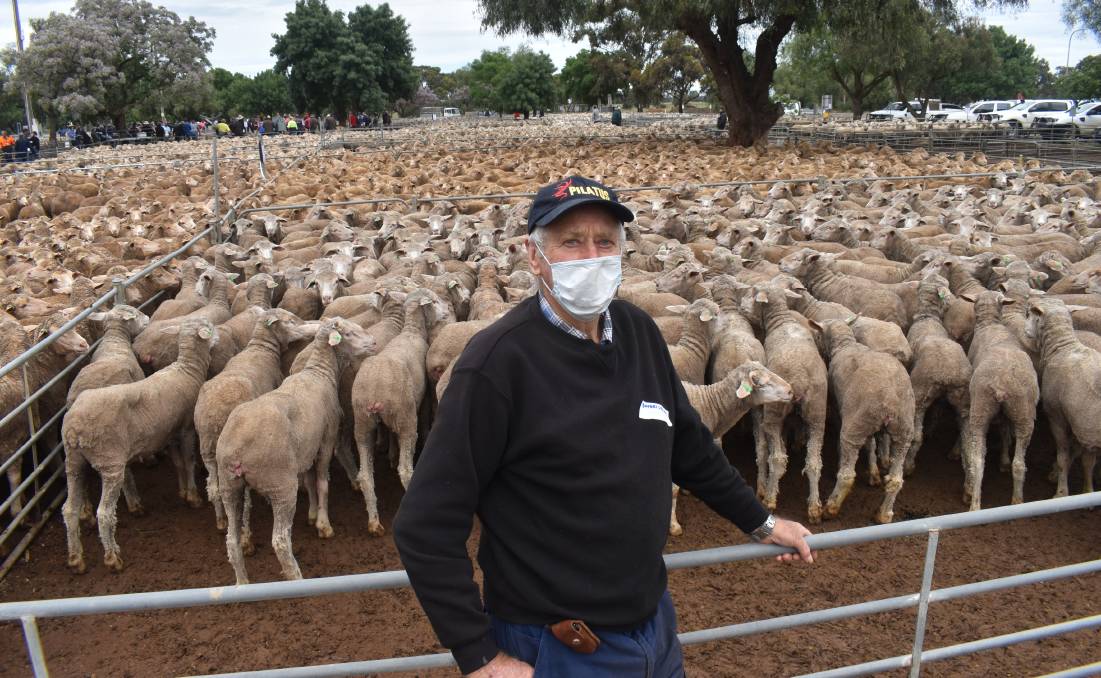 A good crowd of buyers from a wide area of Victoria descended on the Wycheproof annual spring store sheep sale Friday.

The Merino section comprised mainly unjoined 2019 drop ewes as well as a couple of lines of 2015 to 2018-drop ewes.

There were good lines of Merino wethers that attracted inquiry.

Elders Wycheproof's Kevin Thompson, said it was a successful sale, the first sale since February 14.

"We plan to have a sale the last week of November, but there won't be the number of first cross ewes because I don't think they are in the district," he said.

"Obviously the buyers today noted that today with their competition."

Mr Thompson said they were a bit apprehensive about the sale before hand, but that the cross bred sheep "sold a bit better than we expected".

He said the quality Merino ewes sold well, but there were some lines that just lacked the bloom and were a bit younger that were "buyable".

The Merino ewes that had repeat buyers operating on them sold "exceptionally well", he said.

"We did buy ewes for locals when there were chances. I think vendors were satisfied all the way through," Mr Thompson said.

He said the Merino wethers was led off by February shorn wethers that topped at $232 a head.

The first was a line of 189 account WJ Watts, August drop, September shorn. The same vendor had a pen of 110 ewes, same description, that made $382.

The second line to make $408 was a pen of 205 account Pollington Farms that were April/May drop, September shorn. The same vendor also had 157 same description, that made $380.

Selling for $398 was a pen of 123, June/July drop ewes, October shorn, that sold account O'Shannessy Brothers.

The annual draft of Pooginook-blood ewes, October shorn, sold account BC & MI Olive, Yeungroon, sold for $316 for a line of 206.