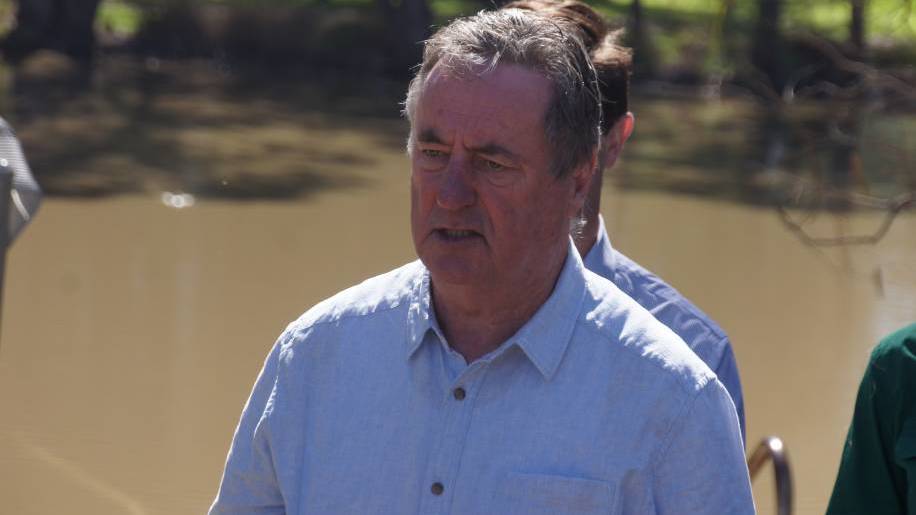 RESIGNED: Former Murray-Darling Basin Inspector-General Mick Keelty has stepped down from the position, which will be effectively abolished, after just a year.

The Murray-Darling Basin is without it's "tough cop on the beat", who is stepping down after a year in the role and just three investigations.

THE Murray-Darling Basin is without its "tough cop on the beat", who is stepping down after a year in the role and just three investigations.

Senate estimates has been told Murray-Darling Basin interim Inspector-General Mick Keelty had decided not to extend his time in the position, when his term ended last month.

When former Water Minister David Littleproud created the position and appointed Mr Keelty in October last year - a time when irrigators' water access issues a put a public strain on Basin communities - he said the former Australian Federal Police Commissioner would be the "tough cop on the beat".

But critics said Mr Keelty was a "tough cop with out a gun", as the position was hamstrung by a lack of enforcement powers.

Bureaucrats from the Department of Agriculture, Water and Environment (DAWE) said most of the matters referred to Mr Keelty's office had been passed on to state authorities.

"Mr Keelty investigated approximately three matters, but none of those were in relation to water theft," DAWE executive director Rachel Connell said.

"All of the referrals in relation to water theft were referred back to state water regulators, so state regulators have responsibility in the first instance."

South Australian Liberal Senator Simon Birmingham said the position was only intended to "improve confidence in compliance and assurance" in an "oversight function".

"The role was not established to replace investigating and prosecuting authorities," Senator Birmingham said.

"It would be wrong to suggest there is an absence of compliance."

Labor's water spokesperson Terri Butler called out the Inspector-General position as a political ploy, aimed at appeasing angry farmers without the ability to enact any substantial change.

"The Morrison government made big announcements about a tough cop on the beat for the Murray Darling, but they never gave the position any powers as promised, now the role has been abolished without a replacement," Ms Butler said.

"When it comes to integrity and the Murray-Darling Basin, the Morrison government is always there for the photo op and never there for the follow up."

The news comes in the wake of the government's move to merge the compliance arm of the Murray-Darling Basin Authority [MDBA] with the office of the Inspector-General, which would create a new government agency.

Water Minister Keith Pitt said the changes would put to bed any perceptions the MDBA could "mark its own homework".

"Those compliance officers will take with them the existing powers they have now under the MDBA, and we'll be looking to expand on that as we move into the new entity," Mr Pitt said.

Labor again questioned whether the new office would be hamstrung by a lack of adequate enforcement powers.

"The watchdog never had any powers, it was appointed on an interim basis and disappeared as soon as he came," NSW Labor Senator Jenny McAllister said during the Senate estimates.

"Now we've got another announcement about a new watchdog which also doesn't have any powers, and is vacant."

The government plans to name a new appointee to head up newly-established office by the end of the year, which will effectively abolish the Inspector-General position.

The legislation needed to create the new government agency is expected to come before parliament early next year, however the estimates revealed a draft of the legislation is yet to be drawn up.