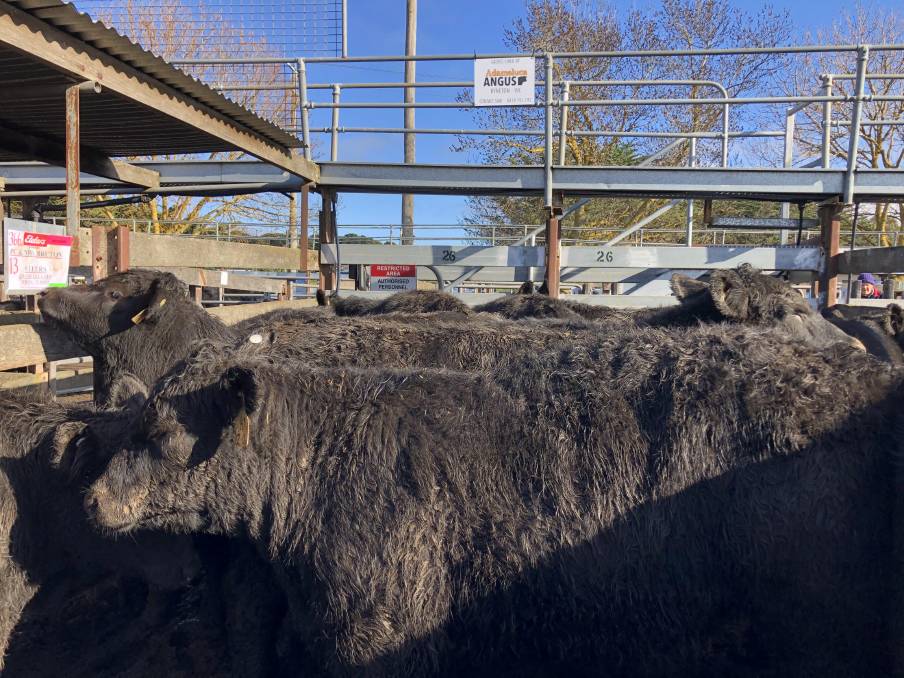 TOP SALE: Kyneton followed the trend of other store sales, around Victoria, climbing steadly towards 600cents/kilogram, for lighter steers.

Kyneton continues to climb, in line with store cattle sales around the state.

"It can happen here, as well as anywhere else - we had plenty of meat buyers and feedlotters here," Mr McGrath said.

"The days of wanting a few cheap cattle are over, at least for now."

Dean Coxon, Elders, said it was probably as dear a sale as had been seen at Kyneton for a long time.

"Our steers made from 400-500c/kg, probably more on the ones that weren't weighed," Mr Coxon said.

"Heifers made from 400-450c/kg in a sale where all vendors would have been extremely happy.

He said vendors did not present many 16-18-month-old cattle, with most stock ranging in a tight band from 300-400kg.

"Anyone who has had them has cashed them in because they have been worth so much money," Mr Coxon said.

He predicted a "good run of weaners" at the November sale.

"Most of our cattle were over 300kg, there were not a lot of little cattle around, we have more grass than we know what to do with," he said.

"The market is very dear and we are trending with other selling centres."

He said producers were now holding onto their smaller cattle.